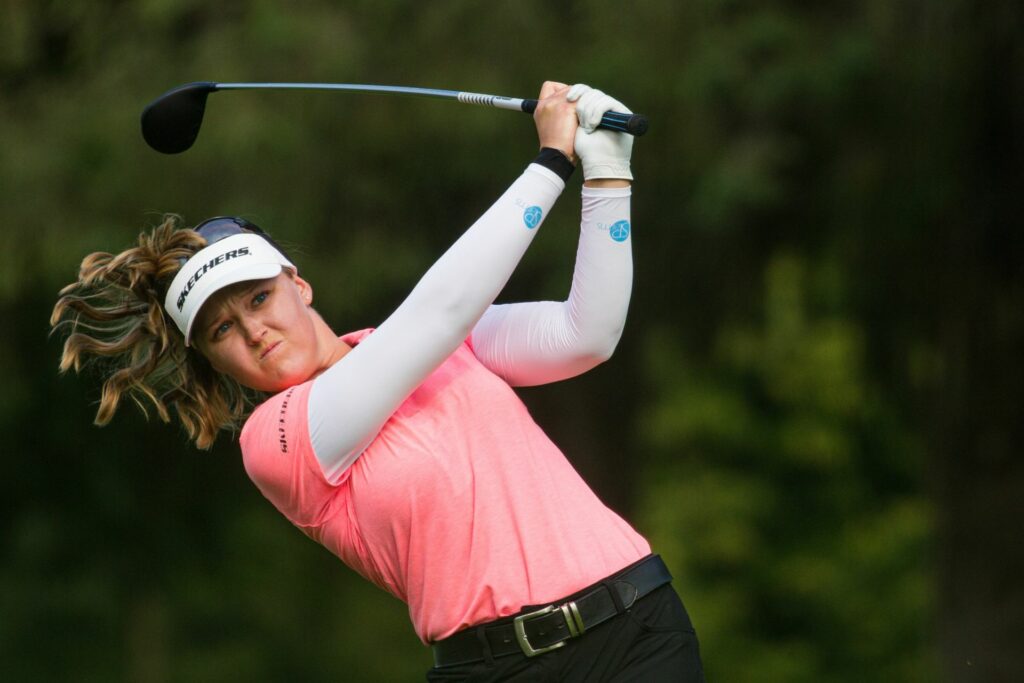 Canada’s Brooke Henderson picked up where she left off by firing her second straight 64 to lead the Amundi Evian Championship.

24-year-old Henderson carded eight birdies and only one bogey at the Evian Resort Golf Club, starting strongly by sinking a birdie putt from more than 30 feet on the first hole and adding a second birdie on the next hole.

Although she bogeyed the third, a hot putter helped her to make birdie putts on the ninth, 11th and 12th holes, before she closed with three straight birdies to finish on a 36-hole total of 128, 14-under-par.

“It feels really nice to get off to a fast start in a major championship. It feels like it's been a while. To get it this far under par is really awesome,” said Henderson, playing for her second major championship title this week, six years on from her first at the KPMG Women’s PGA Championship in 2016.

Korda sits alone in second on 11-under-par after the 23-year-old from Florida shot a superb four-under-par 67.

She saved her best until last, with two mighty blows to the 18th green setting up an eagle putt from two-and-a-half feet, which she converted. Having saved par from the water in the first round, after removing her shoes and socks and standing ankle deep in the lake protecting the green, she decided that she would rather go long and used a 5-hybrid from 192 yards.

“Yesterday I was struggling with the ball below my feet. I was kind of hitting it out right I told myself, I'm going to aim a little bit more left, and I did actually fade it out to the right, and thank God I aimed a little left and it just turned out perfect.”

Korean pair Sei Young Kim and So Yeon Ryu are tied for third position on nine-under-par.

Thitikul shrugged off a triple bogey on the par-4 third hole and bounced back with eight birdies to shoot a five-under-par 66. She remains bullish heading into the weekend six shots off the pace and in search of her first Major title. “It was just one bad hole. I missed to the right with my first shot and made a couple of mistakes but I told myself, it was just one bad shot. I’m really confident in my game right now, so I’ll keep doing my thing,” she said.

“I really want to win, and I’m pretty sure that all the players here want to win as well, but it depends on if it’s your time. You can do a good job but the others are in front of you. I just want to keep in contention.”

After two days of extreme heat and temperatures in the mid-30s, the forecast is for rain and storms overnight and into the morning hours. The course may play softer and longer on Saturday, presenting a different challenge for the players over the weekend.