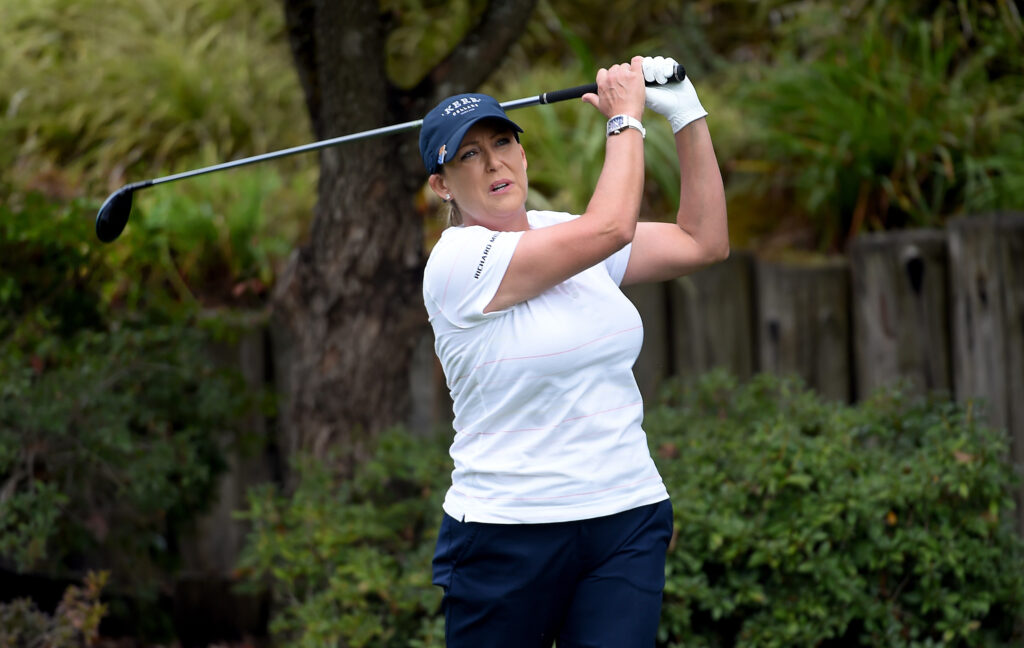 Cristie Kerr broke down in tears as she described what happened in the incident at the VOA Classic.

Cristie Kerr is playing in the U.S. Women's Open this week with three dislocated ribs; injuries sustained in an accident with her caddy last week.

Obviously a traumatic moment to have to recall, Cristie has only just spoken about what actually happened.

The 43-year-old told reporters from the Associated Press that her golf cart slammed into a pole early last Friday morning at the VOA Classic.

She can't remember if she hit the steering wheel or not but the force was enough to knock both her and her caddy out of the cart and onto the floor.

The dislocated ribs and bruising came from the impact of landing forcefully on her chest on the hard ground.

"There was a cart that was rounding the corner from the range and I could see that, because that cart had headlights and our cart did not," she said.

"I was using the flashlight to lead the way. We were going three-quarters of the speed. We were both making sure we were on the path and had to move over just a touch to miss the other cart coming our direction. We just hit this thing smack on."

Speaking to reporters after Round 1 of the U.S. Women's Open, where she shot an even-par 71, the notoriously down to earth star broke down into tears and apologised for getting emotional.

"I'm sorry. Maybe I shouldn't talk about it," she said.

"I remember landing on my chest, and it was awful. But I'm here. And I played. And I was tough today.

The two-time major winner is now determined to play through the whole tournament.

"Monday was a 10. A six I can deal with as long as I can keep my mobility. So I was not surprised to play today. I started out a little cautious with ball-striking and then I got a little more confidence and re-upped on my pain medication in the middle of the round and was able to start hitting it a lot better in the second nine."

"If you would've told me on Monday that I would be playing today, I would have said you were crazy. But I've been working my butt off. I'm getting up in the morning and icing for two hours, and in the evening too. I've done everything I can do to play."

We are absolutely in awe of her. She's so brave and such an inspiration.

Well done Cristie - you're tougher than all of us!