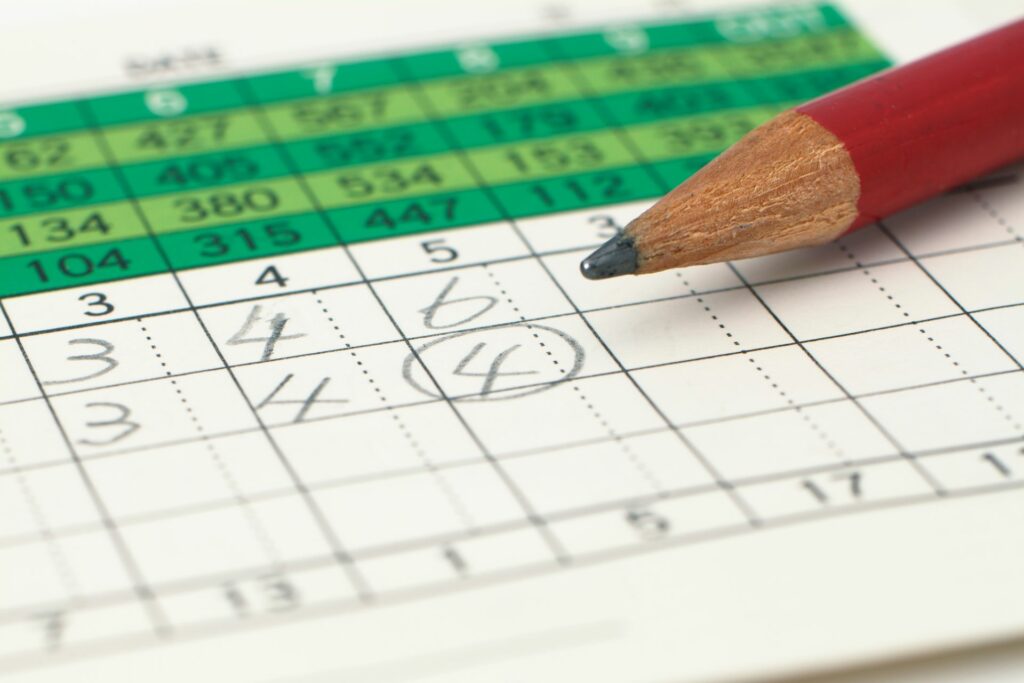 Charlotte talks to Farleigh General Manager James to understand whether the increased handicap limit causes similar issues for men as it seems to for women.

We’ve talked extensively over the past few weeks about the new World Handicap System. And love it or hate it, it seems that a lot of people have some pretty strong opinions on the change.

I’m very much of the thought that the new system probably hasn’t had enough time to properly embed itself yet. And we might not see the true impact of the World Handicap System until after a few more years of data.

But something that persistently crops up whenever we talk about handicaps is the increase in the maximum Handicap Limit. And more specifically, how it seems to be having quite the opposite impact than it was intended to on the women’s game.

That isn’t to say that there aren’t any positives to the increase. Undoubtedly it makes the game more accessible and means more people can compete. Especially the elderly or people recovering from injury or health issues.

But looking at the data alone from our recent survey, instead of making the game more inclusive, it seems – overwhelmingly – to actually be turning women away.

I say women because the majority of our readers are women. And in turn, most of the people who take part in our research, contribute to our surveys and share their feedback are women.

Which makes me question: Does the increased handicap limit cause similar issues in the men’s game?

I don’t feel especially qualified to answer (for obvious reasons), so I’ve roped in my husband, James Ibbetson. As the General Manager at Farleigh Golf Club in Surrey, he’s generally the first to hear if members at the club are happy or unhappy.

He’s also married to me – a fiery little feminist who spends way too much time ranting to him about issues in women’s golf.

What do golfers really think about the World Handicap System?

When I asked James what his members felt generally about the new World Handicap System, he told me:

“It’s like anything I suppose – change takes time to process, particularly when something (in this case CONGU) has been in place for so long.

“In the beginning, there was a lot of new information for golfers to take in: what a Handicap Index is, why they essentially have three different handicaps, how the course rating is worked out, etc. However, over time, that’s become a lot more straightforward.

“For the most part, I think our members – both men and women – have adapted to the new World Handicap System pretty positively. Particularly those that play a lot of open competitions and matches against other clubs, they like the fact that their handicap fluctuates in relation to the difficulty of a particular course.”

One thing they have done so persistently at Farleigh is to encourage everyone to register as many general play rounds as possible.

“I think that’s helped to ensure that handicaps are true and fair.

“It’s also been a big positive for the women at our club. We have a few women members who don’t necessarily want to play in competitions. By submitting general play rounds, it means they can keep an accurate handicap. That wasn’t the case under the CONGU system.”

How has the WHS impacted competition scores in the men's and women’s games?

Something we’ve heard time and time again from Women & Golf readers is that competitions are consistently being won by very high handicappers with unrealistic scores. And that’s turning a lot of women away from playing competitive golf.

“Immediately after the transition, we were seeing some daft scores winning competitions. A lot of our members – men and women – seemingly had been given three or four extra shots that they were definitely making the most of.

“That’s since settled down and I would say that scores are now back to roughly where they were under the CONGU system.

“Encouraging players to submit general play rounds has definitely helped with that.”

And that addresses another issue that a lot of our readers bought up: incentive to improve.

If very high handicappers keep winning, they don’t have much incentive to improve. With the approach that Farleigh has taken, this is more or less eliminated. If you want to compete, you must get your handicap down. If you don’t want to compete, you can just submit your general play cards to keep an accurate handicap.

With the increased handicap limit, one of the ways a lot of our readers have told us they feel competitions could be fairer would be to introduce handicap divisions.

The issue is a lot of women’s sections simply aren't big enough.

One of the ways Farleigh has combatted that is by opening monthly medals and stablefords to both men and women.

“We have three handicap divisions: 0-9, 10-18 and 19-28. There are however no divisions for board or major member competitions.

“I can see how this may be an issue in women’s competitions, but since our Ladies section is relatively small, it’s just not feasible at this time.

“We’re working hard behind the scenes to attract more women and girls at the club, and it’s something we’d like to introduce in the future. We’re an England Golf Girls Golf Rocks Venue and we have several different initiatives to make the club more accessible and welcoming for women to grow that part of the club.”

What I gather as I’m talking to James is that the measures they’ve implemented – encouraging members to submit general play rounds, limiting handicaps for competitions and handicap divisions – seem to have mitigated a lot of the issues our readers are facing with the WHS and the increased handicap.

The issue is, I’m not sure what the answer is.

Enjoyed this? You'll love our article on how toilets on the course could be key to increasing women's participation in golf. Read it now