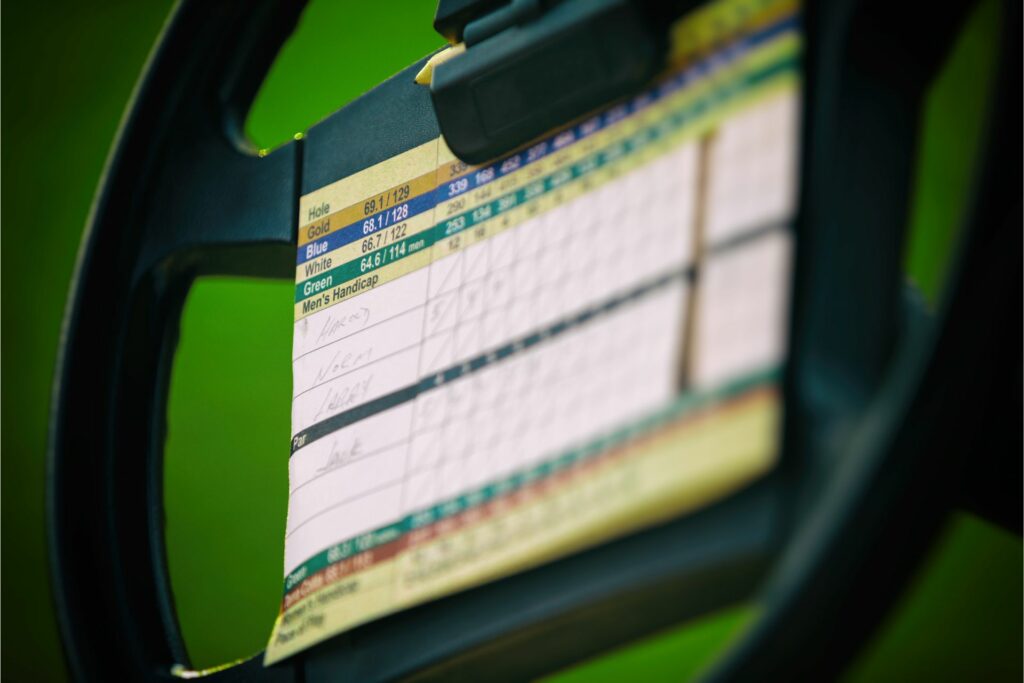 A recent study by HowDidiDo has revealed that the World Handicap System is working effectively to level out the playing field. But is it that black and white?

With almost two full seasons of data to pull from, Golf Monthly recently published the results of a study by HowDidiDo. The study revealed that the World Handicap System is, in fact, making competitive golf fairer.

But is it quite that clear cut?

According to the study, scores in Stableford competitions are now almost equal, with just under two points between the average score across all handicap categories. That has decreased from a difference of over 12 points before the World Handicap System was implemented.

But it’s not all good news for category 1 players – golfers with a handicap of five of less.

For those players, the average Stableford score has come down by just over four points, and handicap has been reduced by 0.5.

The World Handicap system was bought in to …

The core difference between the new and former systems is that handicaps are now calculated based on a player’s average scores, instead of their aggregate.

Under the World Handicap System, your Handicap Index is based on the average of the eight best scores from your last 20 rounds. You then use the Course and Slope Rating to work out your Course Handicap.

The previous handicap limits of 28 for men and 36 for women have also been removed.

The maximum Handicap Index for anyone is 54, which means that depending on the Course and Slope rating, Course handicaps can reach 60+.

So, what’s the problem?

No system is ever going to level the playing field completely. And going on the stats alone, the World Handicap System does seem to have met its objective of making competitive golf more equal.

But I can’t help but feel it’s not that black and white.

Since the new system was implemented, we’ve heard from so many Women & Golf readers – the majority of whom are female – who believe the new system has been detrimental to the women’s game.

In fact, I’d go as far as to say that we haven’t received one positive comment about the World Handicap System.

Black and white or another gender data gap?

Anecdotally – it doesn’t seem to be the calculation of handicaps that is causing the discontent.

What seems to be so detrimental about the system is the increase in Handicap Limit.

On the surface, raising the handicap limit should make the game more inclusive by giving more people an opportunity to play and compete.

But in reality, it seems to be turning people away.

I’ve spoken so much about this before so I won’t bore you again. But we know from our own research that fewer women are playing in competitions. Clubs are seeing huge divisions in their women’s sections. And a lot of women are becoming disillusioned with the game.

From reading the study above, you might think it’s just the really low handicappers that are complaining. After all, you can see from the data that category 1 players are simply not winning as much as they did.

But it’s not just a case of sour grapes.

The majority of people who have written in to us are women who play off anything from single figures to low 30s. Proving that almost every category of female golfer is unhappy with the new system.

Given the majority of club members are men, it would be safe to assume that any research on the World Handicap System is being carried out on men. And probably by men too.

What I think we have is a huge gender data gap.

We need more research to understand what impact the new system is having on women and we need it quickly.

Because if what we’ve found is true, and women are becoming disillusioned with the game, we need to do something about it.

What do you think? Share your ideas about the World Handicap System by emailing me at [email protected]

Opinion: Did LIV Golf limp to the finish line?

Letters to the Editor

Rising to the occasion: The impact of LIV Golf

A hidden inequality in golf