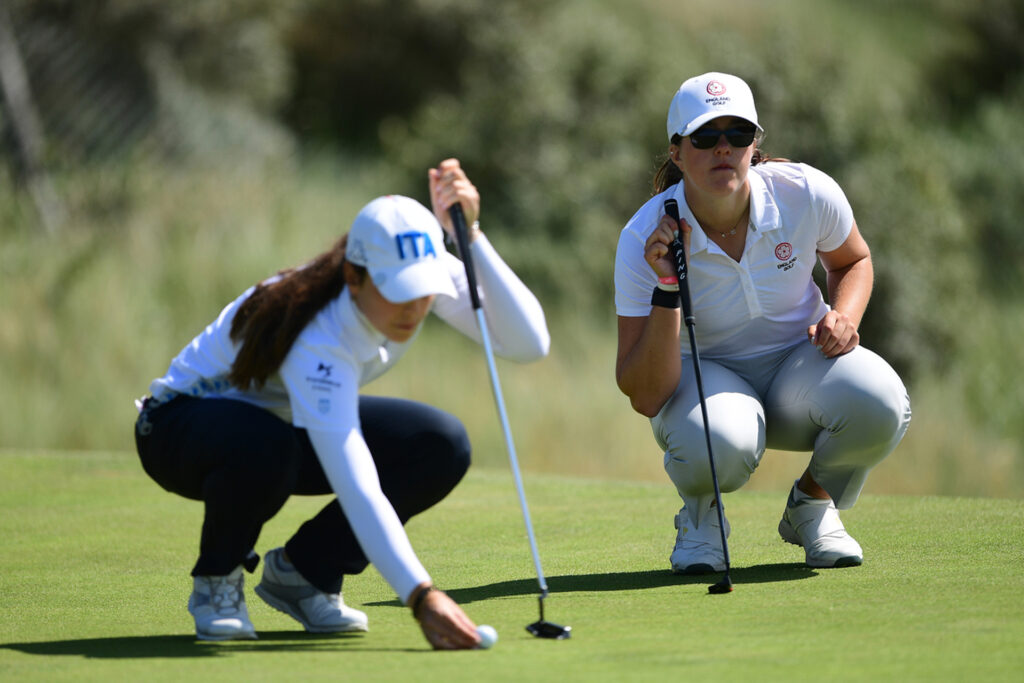 Home favourite Amelia Williamson ensured she will celebrate her birthday in style tomorrow after progressing to the last 32 of the 119th Women’s Amateur Championship at Hunstanton.

Boosted by local support on another gorgeous day over the Norfolk links, Amelia Williamson won an all-England tie against Rosie Belsham 2&1 to continue her title hopes.

Williamson, who holds the women’s course record at Hunstanton, turns 22 tomorrow and will face Carolina Melgrati, one of five Italian players to reach the next round, on the morning of her birthday.

“I just take each step as it comes. Tomorrow is my birthday, so I'm happy that I get to play golf on my birthday. That's what I was kind of motivated by today, I just really wanted to be here tomorrow.

Emilie Alba Paltrinieri, who finished runner-up in stroke play qualifying, also continued to impress after a 3&2 triumph over Swede Elice Fredriksson. Letizia Bagnoli, Anna Zanusso and Alessandra Fanali, who won at the first extra hole against Marta Lopez Echevarria, were the other Italians to win.

There's a lot to play for

With this week’s winner earning places in the AIG Women’s Open, US Women’s Open, The Amundi Evian Championship and, by tradition, an invitation to the Augusta National Women's Amateur Championship, Lindblad will hope to continue her form.

Curtis Cup player Annabell Fuller – the beaten finalist in 2020 – also maintained her quest to land the title with a 2&1 victory over Katri Bakker from Finland, as did her Great Britain and Ireland team-mate Hannah Darling, who had to battle back to defeat England’s Isabelle Simpson 2&1.

German Chiara Horder lost in the last-64 two years ago at West Lancashire but went one better after knocking out the leading stroke play qualifier, Japan’s Ami Yamashita, by two holes.

Ffion Tynan is the last remaining Welsh player in the field and she impressed in a 4&2 win over Abbie Teasdale from Australia. There was also a notable victory for Gala Dumez from France, who came through at the second extra hole to knock out Spaniard Carolina Lopez-Chaccara who is placed 19th on WAGR®.

The R&A will provide live broadcast coverage of the quarter-finals and semi-finals of this week’s championship on Friday and the 36-hole Final on Saturday. This can be watched on The R&A’s website randa.org as well as its YouTube channel.