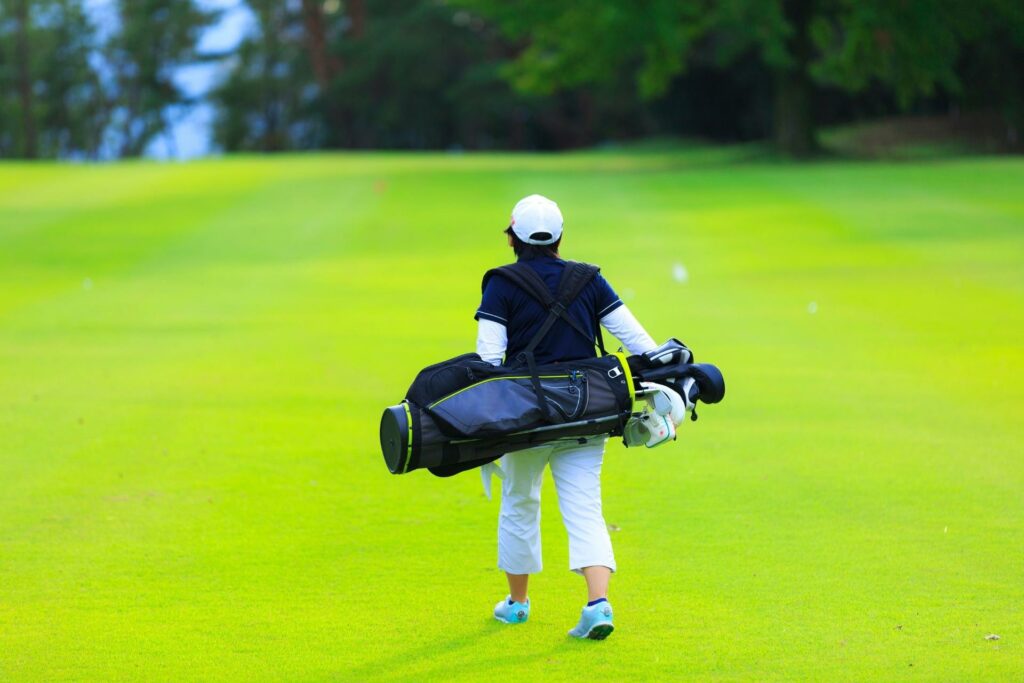 Research examining ‘pre-shot routines’ have consistently shown that what you think about and how you prepare have a huge influence on anxiety levels, confidence and ultimately shot outcome.

But what about your thoughts in between shots? Or even at home in the run up to an event? Or the week before or the week after an important competition?

Does what you think about at these times help or hinder your performance and are there things that you might ‘do’ to enhance performance without putting too much effort into it? Or doesn’t any of it really matter?

Research into how golfers stay focused

The catalyst for me writing about these things is a research article I read recently. What drew my attention to this particular piece was its title: This is what we do with the rest of the day. The research was carried out by Thomas Davies, Dave Collins and Andrew Cruickshank and their participants were from four different quarters of the ‘performance team’. That is, the golfer, caddie, coach and sport psychologist.

They also asked about ‘focus’ before and after a shot, and if there was a sequence or rhythm to it, and if the player received, or if the support team gave any additional assistance during an event or during play.

Finally, the researchers asked if the golfers noticed their attention shift in any way and if they had strategies in play or practice to refocus. What the researchers hoped to gain from these interviews was a wider picture about the different ways golfers plan, execute and recover from golf performances, effective planning and the run-up to an event.

One of the findings that resonated with me was the importance of creating a strategy for the choices you are likely to make during a competition long before you get to the course.

This includes a plan of ‘what to do’ on holes where you know you are likely to experience difficult challenges - like deep bunkers, ditches full of water running across the fairway, dramatic slopes and so on.

The research suggested that by considering your options beforehand - based on your expertise and preferences - means it is more likely you will make better choices in the heat of the moment.

In the research cited here, the psychologist recommended distilling these thoughts into bitesize chunks where one word or thought can capture what it is you need to remember.

They also suggested writing it down in your notebook, yardage book or laminating the message on a piece of card. Perhaps one of the most important benefits of doing this was to stop players tinkering with their technique during the round as they were less likely to ‘blame’ poor technique for any failures.

Next time you begin to think about and plan for a forthcoming competition, notice if or when your attention shifts from making a plan for what to do on the course, or the area of your game you are working on, to something you don’t need to focus on.

1. When you notice your attention has shifted (this maybe thinking about picking up the kids from school, to what you’re having for dinner), consider what happened between focusing on ‘creating a strategy’ for the competition and focusing on other ‘stuff’.

2. Then! Tell yourself its ok for your attention to wander, but it is also important to begin to understand ‘the mechanics’ of your thought patterns. Why, when and how you turn to other things. In the research cited above what the researchers became aware of is that golfers don’t all share the same strategy so find what ‘works’ best for you.

The above article was taken from the Sept/Oct 2018 issue of Women & Golf magazine.

More from Dr Kitrina Douglas - Gamesmanship: How might we manage it?

Improve your swing with these exercises at home

Mental game series: How you can get the most out of the winter season?

The R&A and USGA announce 2023 Rules of Golf update