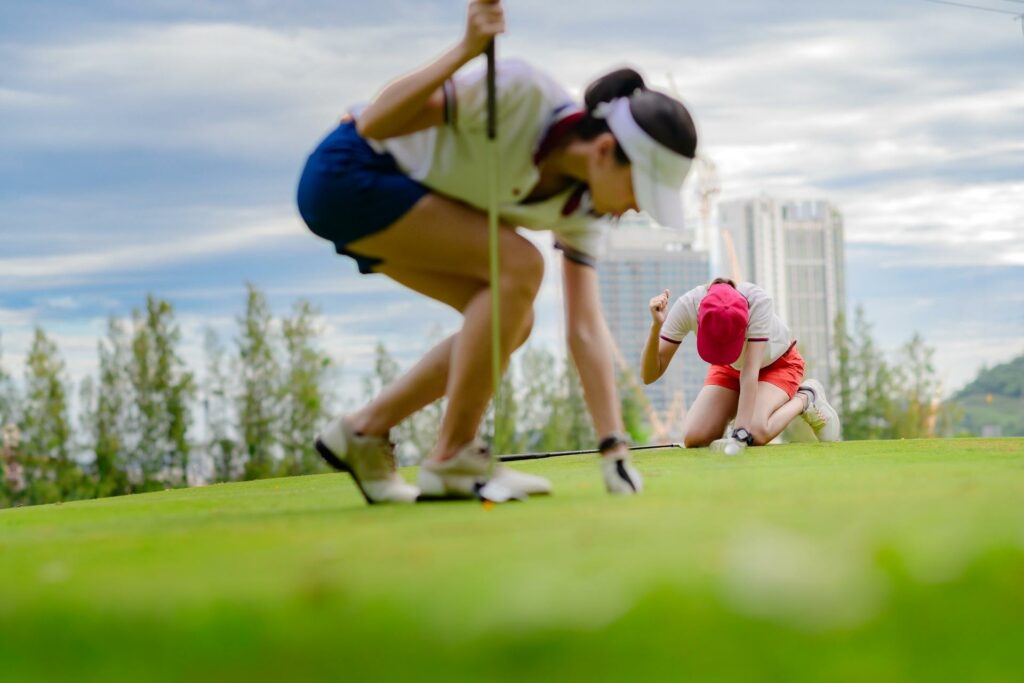 Don’t be put off on the golf course, follow Dr Kitrina Douglas’s advice to PACE yourself when gamesmanship is at play

I wonder if you have had experiences of being intimidated by another player on the golf course or in the changing rooms. I also wonder where the line is drawn between “banter” (barbed jokes based on truth that tend to be accepted between friends) but can also boarder on abuse and lead to the person targeted by the ‘joke’ to feel intimidated, hurt, embarrassed, or ashamed, and as a result their performance is negatively affected.

While banter, small talk, sledging type comments happen in many sports it’s not just what is said that can be off-putting.

In golf unwrapping a sweet while your playing partner is putting, when your opponent stands directly in your line of sight or rushes off ahead, or doesn’t help look for a lost ball, and if they ‘forget’ to attend the pin, for example, can also cause tension, annoyance and aggravation especially when you feel it might have been done on purpose, rather than absentmindedly.

I know I used to hate being paired with Helen Alfredsson because she would shout at herself on the course, and throw clubs or look and sound angry and although I don’t think she was deliberately doing it to ‘put-off’ her opponents, her behaviour had the effect of being off-putting.

In part, of course, all golfers should show respect for other golfers by mediating their behaviour and adhering to the expected etiquette, but we should each take responsibility for managing our emotional and psychological responses to others’ behaviour (even when we feel they are in the wrong) so that we don’t allow our feeling intimidated or annoyed to cause us to lose focus, rhythm and optimal performance state.

Recognising that gamesmanship happens in golf, a research team have come up with a plan to help manage the emotional response many of us recognise. As a way of taking positive action if we feel someone is trying to intimidate, manipulate or otherwise cause us to play poorly.

They recommend using the acronym PACE as a trigger for a series of actions to help manage thoughts, emotions and get your game back on track.

Tacking gamesmanship - use the acronym PACE

1. PAUSE: If you feel someone has said or done something - don’t just rush on believing it will all be alright, or that you can “just forget” what happened. Calm your racing pulse, become aware of your breathing and heart rate, steady these down consciously.

2. ASSESS: What are your options? Put into perspective what is occurring, maybe even laugh about the other person’s behaviour, or if something is offensive, decide when you can take action, record it in your notebook.

3. CONCENTRATE: A pre-shot routine is a sequenced set of behaviours with associated thoughts and moves that physically and mentally absorb you so that you can think about only what you need to do to complete the shot, and that process has the effect of lessening the impact of other thoughts that may have previously distracted you - such as something your opponent did or said.

4. EXECUTE - commit yourself to your next shot and about how you maintain the rhythm to complete this task.

The above article was taken from the Mar/Apr 2018 issue of Women & Golf magazine.

Laura Davies instruction videos: Getting out of a trouble

Here's how to hit your fairway woods

Could your golf grip be costing you shots?

Golf can throw a curveball!

Mental game series: Nerves and anxiety on the course

Stay on the straight and narrow