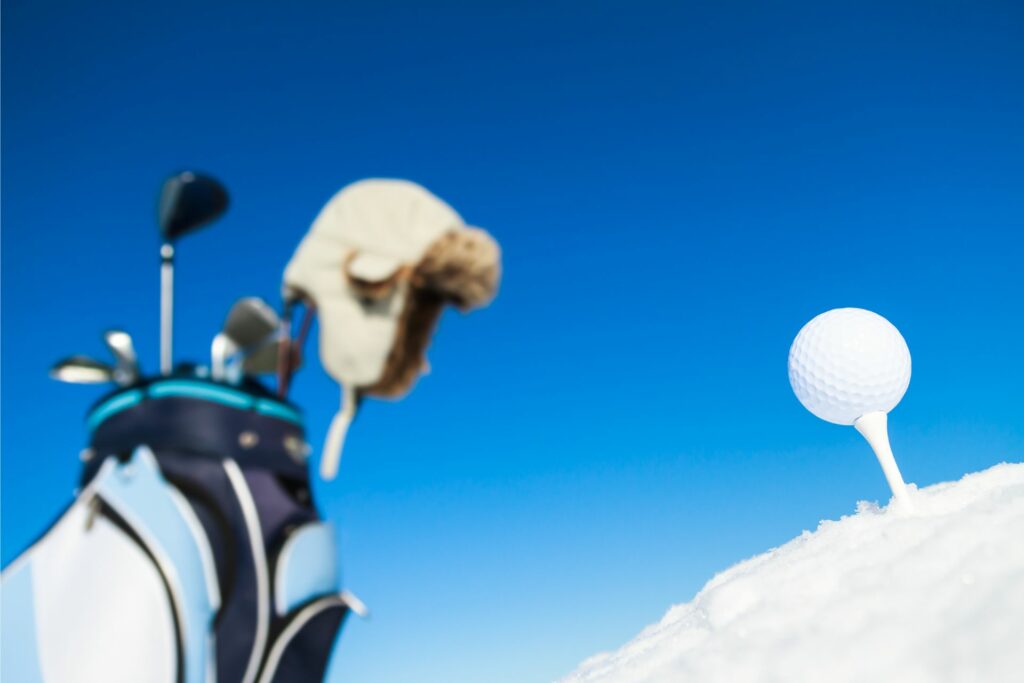 Winter doesn't mean you have to have to hang up your clubs. Patrick Brennan gives you four tips to make sure you're prepared for next season.

The winter months are not synonymous with golf. One cannot stroll the fairways when wearing five layers. The daylight lasts only a few hours, and we don’t see the sun (often). At least in the North of England anyway.

I’m putting this together for the 13 handicapper that always dreamed of single figures, or the 24 handicapper that wants to break 90. Or the social golfer that just wants bragging rights in their social Saturday fourball. You can get ahead during the winter months, and hit the ground running when the temperatures start to rise once more.

So, with fast greens and fresh cut fairways a distant memory in the rear-view mirror, what can be done to prepare for the next golfing season?

It may be hard to hear, but the ball-striking doesn’t improve without the work. A close friend of mine from the UK is approaching 60 years old, and still maintains a handicap index of two and a 260-yard driving average. The secret? 300 balls at the range, three times a week, every week. There is no quick fix for a bad golf swing, and drilling the good habits in and erasing the bad ones is easier said than done. However, the winter presents an opportunity to focus on the process rather than the outcome – the ball will not fly as far and the sky isn’t as pretty – but gains can be made in the driving range bays over winter.

How many times do you wish your playing partner would say ‘that’s good’ so you don’t have to putt out from the dreaded three-foot range?

The average golfer uses their putter for 41.3% of shots, according to Game Golf. That’s a lot. Significantly more than any other club in the bag. The winter months can be used to hone the stroke, get rid of the quirks and guarantee reduced scores once the days get longer and brighter next spring.

Roll-up mats can be used, or even putting to a cup in the living room. I’m sure most golfers got plenty of putting in during lockdown, but it can be a useful hack for shaving the strokes off your card.

There is no obvious relationship between strength and golfing ability. We all have the small friend who can hit the ball miles. And their larger counterpart who is always hitting six iron -when the rest are hitting a nine.

But the winter is a time where gluttony is an easy habit to fall into. Christmas melts into New Years Eve, giving way to half-hearted resolutions that won’t be upheld, suddenly it’s Valentine’s Day and the gym fob is gathering dust.

Instead, use the time to become more mobile. Strength fades quickly with age, but mobility in the golf swing is crucial. Stretching the hips, legs and shoulders will improve the stamina needed in eighteen holes of golf, and adding weighted exercise can only improve one’s overall well-being, which translates to a more confident approach to golf.

In the post-Xmas economy drive that is bound to hit many a household, set aside some funds to purchase a new glove, a couple of sleeves of balls, and definitely a couple of lessons.

Beginning the 2023 summer golf season with a coach in your corner can only improve things, and works out much better in the long run than buying the newest gear and swinging the same way you always have.

Remember Einstein told us the definition of insanity was trying the same thing over and over again and expecting different results. So; think about that.

“If a man knows not to which port he sails, no wind is favourable.”

I think he is suggesting we have some sort of direction, or at least a plan for our golf games. Although a tailwind on a short par four is most definitely favourable.

If you are playing golf regularly during the winter months, here's how you can get the most out of your golf game - find out more.

More How to Improve

Improve your swing with these exercises at home