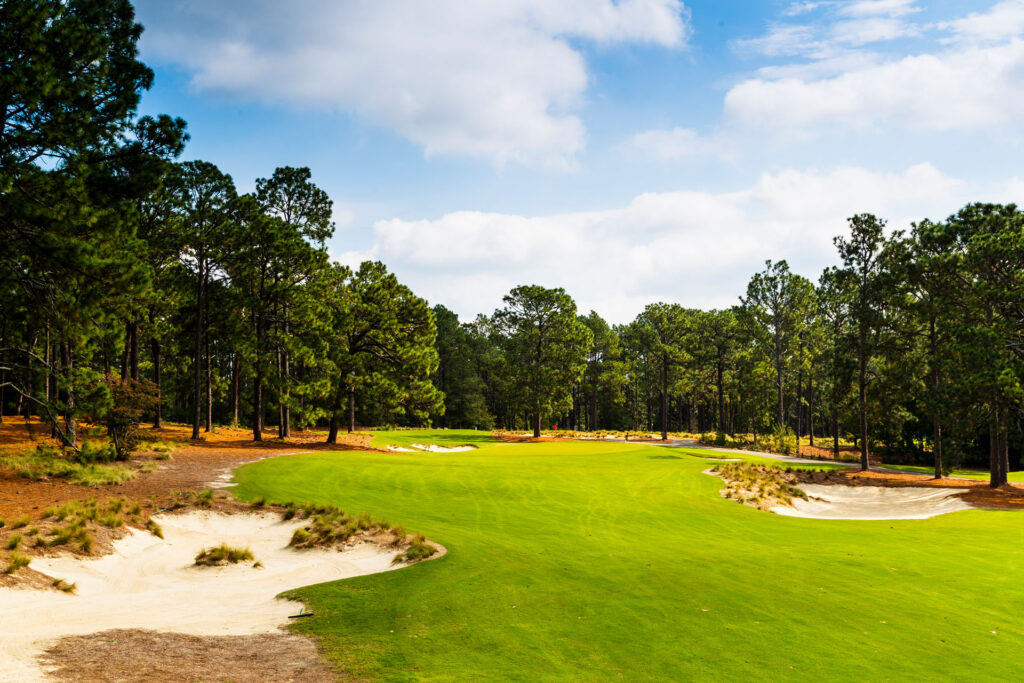 Often the unsung heroes at any golf tournament - the women who will be maintaining the course at Pine Needles for the 77th U.S. Women's Open

Imagine feeling alone in a room among thousands of other people. Everyone in the room has the same skillset and does pretty much the same thing, nonetheless, a barrier segregates those on one side of the room from the other. For many of the women who have chosen greenkeeping as a career, that was an all too familiar feeling for far too long.

For the past several years, a lot of work has taken place to knock down those barriers. A few more bricks will fall when a group of 30 volunteers, all women, descend on the Southern Pines, North Carolina to help David Fruchte and his team prepare for this year's U.S. Women's Open at Pine Needles Lodge & Golf Club.

Jennifer Torres, Superintendent at Westlake Golf and Country Club in Jackson Township, New Jersey, will be among those volunteering at Pine Needles.

"Having been in the industry for nearly 20 years, many of those years I felt like I was alone, as many of us have felt. You don't typically see women in turf.”

Less than two per cent of greenkeepers in America are women

Women account for less than two percent of the Golf Course Superintendents Association of America’s (GCSAA) total membership, but a brighter light has been shone on their contributions to the turf industry since the 2018 Golf Industry Show in San Antonio with the advent of the Syngenta-backed Ladies Leading Turf initiative.

That light was never shined brighter than it did a year ago when an impromptu effort by superintendent Troy Flanagan and Syngenta's Kimberly Gard to include women in the 2021 U.S. Women's Open at the Olympic Club in San Francisco ballooned into a media spectacle that became as big of a story as the golf tournament.

"I thought it would be a good idea to have as many women as possible on the volunteer crew for the U.S. Women's Open," Olympic director of golf maintenance Troy Flanagan told TurfNet after the 2021 tournament. "What I wasn't prepared for was the impact it would have."

This year will be the fourth U.S. Women's Open held at Pine Needles, which for a time was owned by late LPGA legend Peggy Kirk Bell. In his 30th year at Pine Needles, Fruchte has been Superintendent for the previous three Open Championship (1996, 2001, 2007). The field of volunteers coming to help him will include 15 who worked the tournament last year and 15 newcomers.

"Some are new, some participated last year," Fruchte said. "We wanted to give as many people as possible a chance to be part of this experience."

Sally Jones, GM and Superintendent at Benson Golf Club in Minnesota, got so much out of last year's Open volunteer experience that she is going to North Carolina this year for more.

"Any time I am able to get the women together," Jones said, "it builds my self-esteem more, and it gives me a sense of wanting to do better professionally."

After years of feeling like she was on an island, Torres credits a mentor for convincing her to get more involved at an industry level. Since then, she has been steadily immersing herself in networking opportunities and events that highlight the work of other women in the industry. As part of that, she is eagerly anticipating her first Open experience.

"Early in my career, I wasn't one to get involved with my local chapter and get out and meet people," Torres said. "I would attend some meetings, but often would be the only female in the room. Then a mentor, Cece Peabody, who was our executive director for the GCSANJ (Golf Course Superintendents Association of NJ) at the time, encouraged me to take on a position as a grassroots ambassador for GCSAA. From that conversation, I realized we women needed to be more visible in the industry.

"After attending the 2018 GIS (golf Industry Show) in San Antonio and finally seeing a room filled with others like me, did I no longer feel alone. We made connections and bonds that will last a lifetime. Now that we have become more visible, I also feel more included with the other 16,000 members.

“It's nice to attend events and have the guys come over and talk to you and they know who we are. They don't ask who we are with anymore, as if to imply we must be the wife of another Superintendent.

“Over the past few years I have seen a change in a positive way. Diversity and inclusion doesn't seem like a far off dream, but a reality that is happening right before our eyes. Events like the 2022 U.S. Women's Open at Pine Needles will once again help spotlight that movement and help us encourage others like us to join the turf industry family."

Renee Geyer, Superintendent at Canterwood Golf and Country Club in Gig Harbor, Washington, has been an active participant in many of the events promoting women in the turf industry during the past several years, but this year's Open will be her first, and she believes helping provide conditions worthy of a USGA event will help solidify the place of women in this business.

"There also is a sense of camaraderie and belonging that one feels while working with other female turf professionals," Geyer said. "There are so few of us, and when we can get together to all work toward a common goal it provides validation and confirmation that we did choose the right career path and that we are not alone."

Taken from an original article by TurfNet - read here.