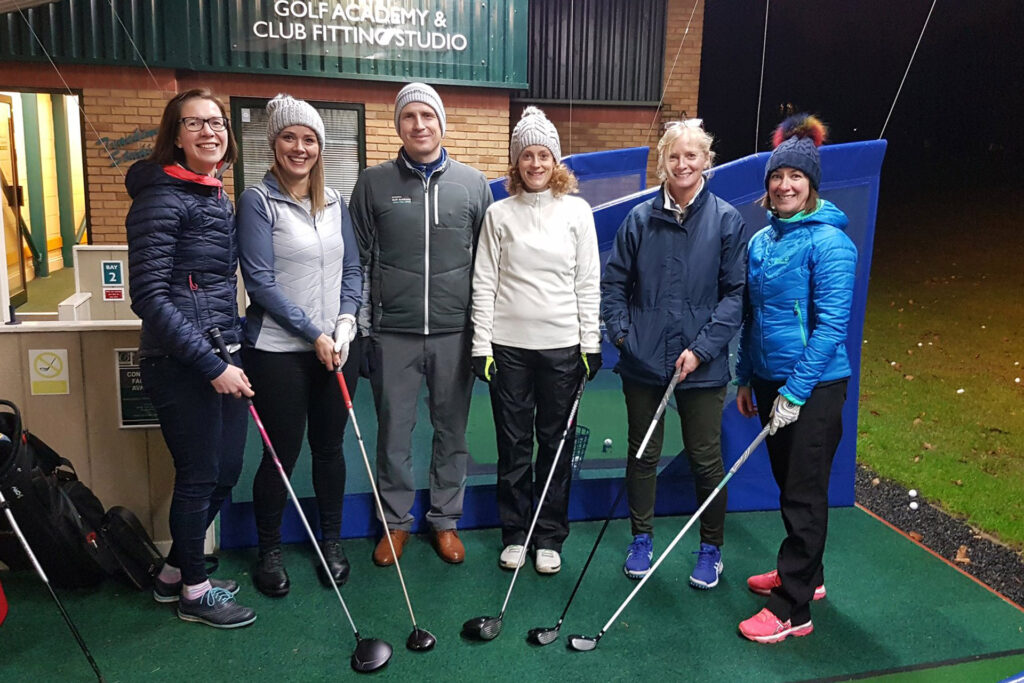 Editor Emma Ballard and four friends sign up to iGolf. Follow their journey towards achieving official Handicap Indexes. Emma has some handicap news...

The five-week handicap deadline is looming, so it’s time for an update on our progress. Setting a target of getting a handicap in five weeks was always going to be tricky, not least because the five of us have been playing regularly for six years and had not managed it yet!

However, I believed we stood more of a chance with iGolf. In previous years we would have played enough nine-hole rounds but we rarely had someone to mark our cards. Also, we timed our challenge perfectly as the late spring and summer months are when we play golf the most (don’t we all).

I was determined not to fail the challenge, I don’t think I could live it down as Editor of Women & Golf. It was bad enough that I didn’t have a handicap in the first place! So, I am pleased to report that I got my official Handicap Index in just under four weeks.

You may remember me saying in the first iGolf blog that I would say my handicap was ‘around 28’, well it appears I know my game pretty well. My first official Handicap Index is 28.9. I appreciate this will fluctuate for a while whilst I keep adding rounds to the app but I was pleased with this as a starting point.

To gain my official Handicap Index, I’d even been inspired to play 18 holes, which I very rarely do. Definitely kudos to iGolf for the motivation.

After four weeks, the rest of my friends have had varying success with getting time to input rounds. Family commitments and Covid have prevented Anna and Lucy from being able to play much to this point. However, Debbie had managed 18 holes with me so has just nine holes to play, whilst Tamsin is halfway there.

We’ll see where we all stand next week when we reach the end of our five-week target.

In the meantime, we hear from Tamsin, a Communications Manager and Mum of one, about her experiences using iGolf and how it may be the stepping stone she needed to become a golf club member.

Tamsin also started on the Get into Golf programme that Debbie and I joined six years ago. Although her parents had played a little in retirement, she didn’t really have much, if any, golf experience. However, as a keen hockey player, Mum to a golf mad son and a husband who played, she felt it was perfect timing to give the sport a go.

As well as the drive to understand more about the game to enjoy it with her family, as a beginner, Tamsin found it less intimidating to learn with people she knew rather than going on her own.

But why, with a family so immersed in golf has it taken six years to get a handicap?

“Golf is a big-time commitment. Getting a handicap just seemed like a chore to sort out. When iGolf came along, suddenly it seemed an easy way to start capturing what we’d been doing each week. We could see how we were doing, how some weeks are better than others. It’s really given me something to focus on.

“I’ll admit that I am a fairweather golfer. I don't like coming up to the driving range in the winter. So it's lovely to be out on the course but actually having a purpose and a way of capturing scores.”

As Tamsin gets closer to achieving her handicap she admits that it’s always been a good excuse not to play other courses as she’ll say she doesn’t have a handicap. Now, she is looking forward to it opening up other golf opportunities and maybe she will think about taking part in competitions. Also, the process of obtaining a handicap with iGolf has inspired her to play more going forwards.

“It’s also helped me understand more about the rules of golf. Also, rather than just hitting and hoping, I’m now using the coaching that we have here at Bromsgrove on the course and also on the driving range. I’m putting everything into practice. With iGolf. I have started to capture how I’m playing and I can then look back on it.

“I’d definitely recommend iGolf, especially to those who aren’t tech savvy. I’m not tech savvy but it’s a really easy platform to use. It’s very intuitive. I also like that you can see how your friends are doing too.”

Tamsin believes that by gaining her handicap, she may be more inclined to make the step into golf club membership and join her husband and son.

“I definitely think it’s a route into getting some form of membership that fits in with my full-time job and the hours that I work – which obviously restrict the times I can play. It’s something I am looking forward to investigating.”

Next time we’ll see how many of us were able to achieve our Handicap goal in just five weeks.

If you are interested to find out more about iGolf please visit the England Golf iGolf website here.