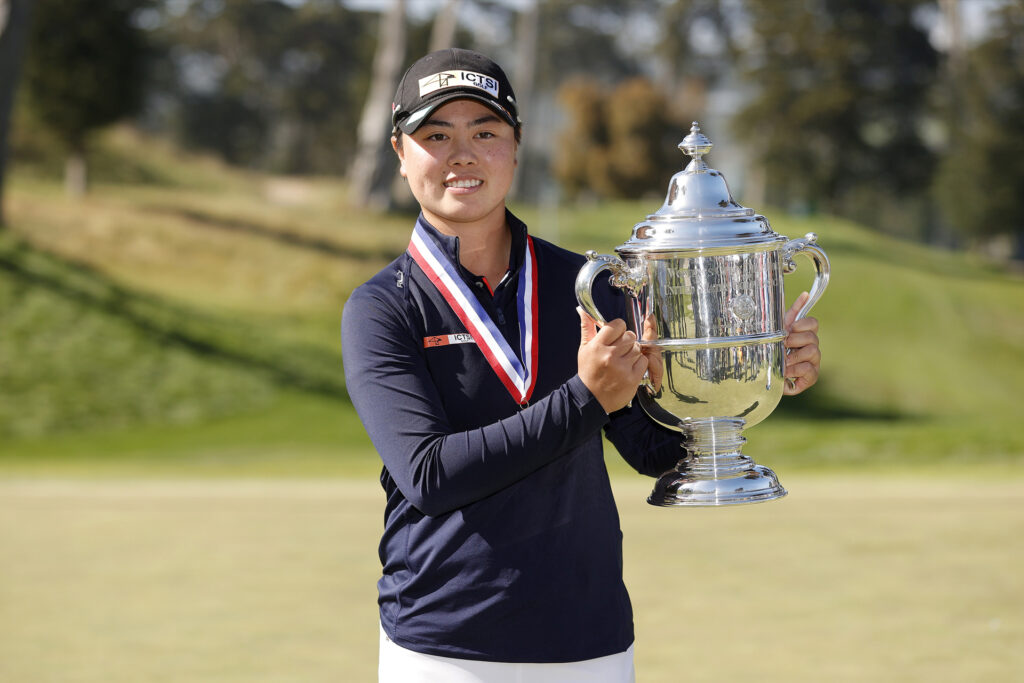 ProMedica become the presenting partner of the U.S. Women's Open and increase prize fund to make it the biggest purse in women's golf

At the 2021 AIG Women’s Open it was announced that the prize fund for that year’s championship had been increased by $1.3 million to $5.8 million, which was the largest prize fund in women’s major championship golf, increasing to $6.8 million in 2022.

“We have set a new benchmark for prize money in women’s major championship golf this week and, thanks to AIG, will build on it still further next year. We hope this will inspire other events to follow our lead and help us to take a collective leap forward for the women’s game.”

And inspire others is just what it has done as the USGA and ProMedica today announced a long-term partnership that includes presenting partner rights for the U.S. Women’s Open, notably elevating the championship with a $10 million purse, additional host sites that include some of the most esteemed courses in the U.S., and increased charitable support, to ensure that its life-changing impact continues to set the standard in the women’s game.

ProMedica, a mission-based, not-for-profit integrated health and well-being organization that serves communities in 28 states in America, becomes the newest partner in the USGA’s global programme, which is designed to extend the reach of the Association’s mission to champion and advance the game of golf. In addition to the U.S. Women’s Open presenting sponsorship, as part of the long-term relationship, ProMedica becomes the official health and well-being partner of the USGA.

Beginning at the 2022 U.S. Women’s Open championship, the event will be held on June 2-5 at Pine Needles Lodge & Golf Club in Southern Pines, N.C., the prize fund will nearly double, increasing from $5.5 million to $10 million and become the highest in women’s golf and among the leaders in all of women’s sports. The USGA also announced a commitment to raise the Women’s Open purse to $11 million and then $12 million over the next five years. Which will edge it closer to the men’s prize fund which currently stands at $12.5 million.

We spoke to Richard Kaufman, a lead commentator on women’s golf at Sky Sports, at the AIG Women’s Open and he had this to say about the knock-on effect the prize fund increase would have:

“I think the prize fund announcement is a really significant statement. It’s fantastic. It's not the first step because there's already been steps made. But I predict that the U.S. Women's Open and the AIG Women’s Open will have the same prize fund within 10 years as the men's equivalent.

“It’s all very well, people saying we want to support women's golf and then there's doing it. This is doing it!

“As we all know the new man in charge of the USGA [former LPGA Commissioner Mike Whan] is obviously very invested in women's golf and the U.S. Open has always been very proud of the fact that it has had the biggest prize funding women's golf. I'm sure it won't want to lag behind.”

Richard was not wrong and it's safe to say that USGA Mike Whan has made big strides for women's golf since moving into his new role as USGA CEO. He commented on the new partnership:

“The USGA prides itself on conducting championships that not only provide an incredible stage for the athletes, but also give younger players something to dream about. For more than 75 years, the U.S. Women’s Open has been the one that every little girl, in every country around the world, has dreamed of winning. This partnership with ProMedica allows us to substantially grow the championship in every way, from its purpose, to its purse, to the places that host the event.”

What a way to kick start the year and this follows on from announcements at the back end of 2021 which will see a record-breaking year ahead for the LPGA and Ladies European Tour.

The future is looking very bright for women's professional golf - long may the growth and success continue.