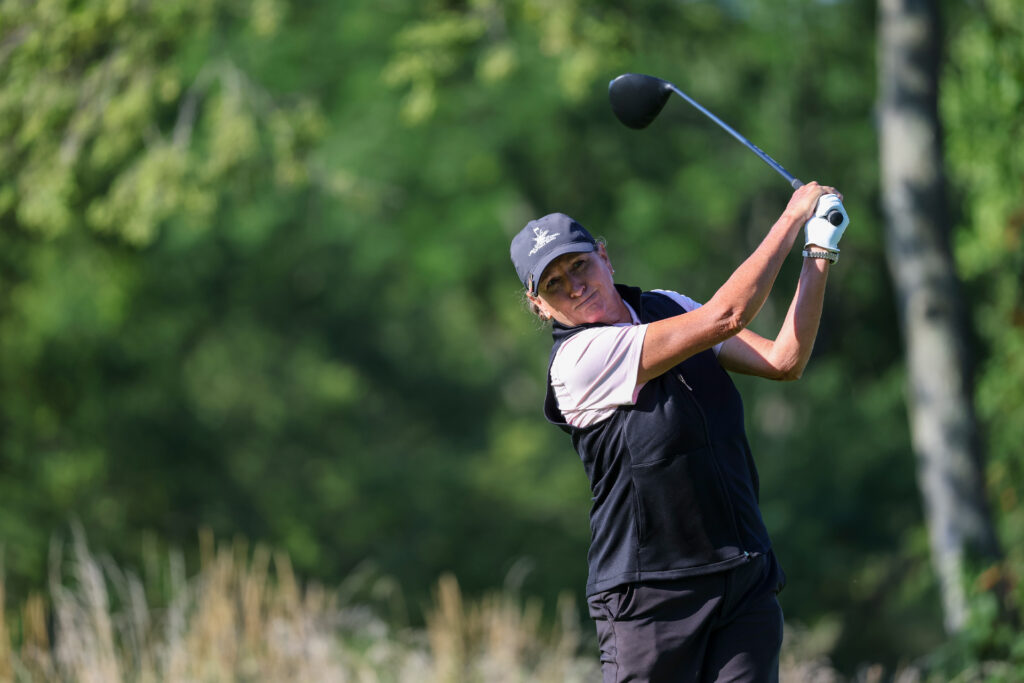 The opening round of a championship is all about putting yourself in position to have a chance to win. That’s exactly what a number of big names did Thursday at the U.S. Senior Women’s Open, and none was better than Tammie Green, who played the South Course at NCR Country Club in five-under-par 68, one shot better than Catrin Nilsmark and Leta Lindley.

Lurking two shots back of Green at 70 are 2019 U.S. Senior Women’s Open champion Helen Alfredsson and Pat Hurst. Hurst has won both the U.S. Girls’ Junior and the U.S. Women’s Amateur and is trying to join Arnold Palmer, Jack Nicklaus, Tiger Woods, JoAnne Carner and Carol Semple Thompson as the only players to win three different USGA championships.

Laura Davies, the 2018 winner of this championship, is at 71 with former AIG Women’s Open titleholder Catriona Matthew another shot back at 72. Defending champion Annika Sorenstam is at 73, along with Trish Johnson, who is third all-time in career victory on the Ladies European Tour.

Among those at even par or better are all three of the past champions of the U.S. Senior Women’s Open and six winners of major championships on the LPGA Tour.

Bogey-free round for Tammie Green

“I played well, played solid from tee to green, only missed a couple fairways but was able to get them up and down when I needed to, and the putter was working today,” said seven-time LPGA winner Green after a bogey-free round in which she hit 13 of 18 greens but needed only 26 putts.

“Oh, it was a wild round, to be honest,” said Nilsmark, who played out of the trees often and hit 14 greens despite finding only seven fairways. “I got lucky on a couple of my tee shots that I had a second shot for the green. I'm a little surprised that I was 4-under. I thought I was 2-under when I hit my last putt.”

Lindley played well with an occasional clunker but also bailed herself out with a more-than-reliable putter.

“I really putted well today, rolled the ball nicely, and just felt calm and relaxed and felt really good about my game today,” said Lindley, who found only 12 greens but compensated nicely with 26 putts.

Meanwhile, 83-year-old JoAnne Carner shot an 83, extending her streak in this championship of shooting her age or better to three consecutive rounds and four times overall.

One of the most frustrating rounds was by Juli Inkster, who with three U.S. Women’s Amateur championships and two U.S. Women’s Open titles can also become a winner of three different USGA championships. She hit 16 of 18 greens, second in the field, but needed 37 putts on her way to a 76.

Inkster can play her way back into the mix on Friday and join that collection of big names who on Thursday accomplished job number one in a major championship – they gave themselves a chance to win. Now we see who builds on that in Friday’s second round and rides into the weekend on a wave of momentum.