“Road to the LPGA” gets a new title sponsor 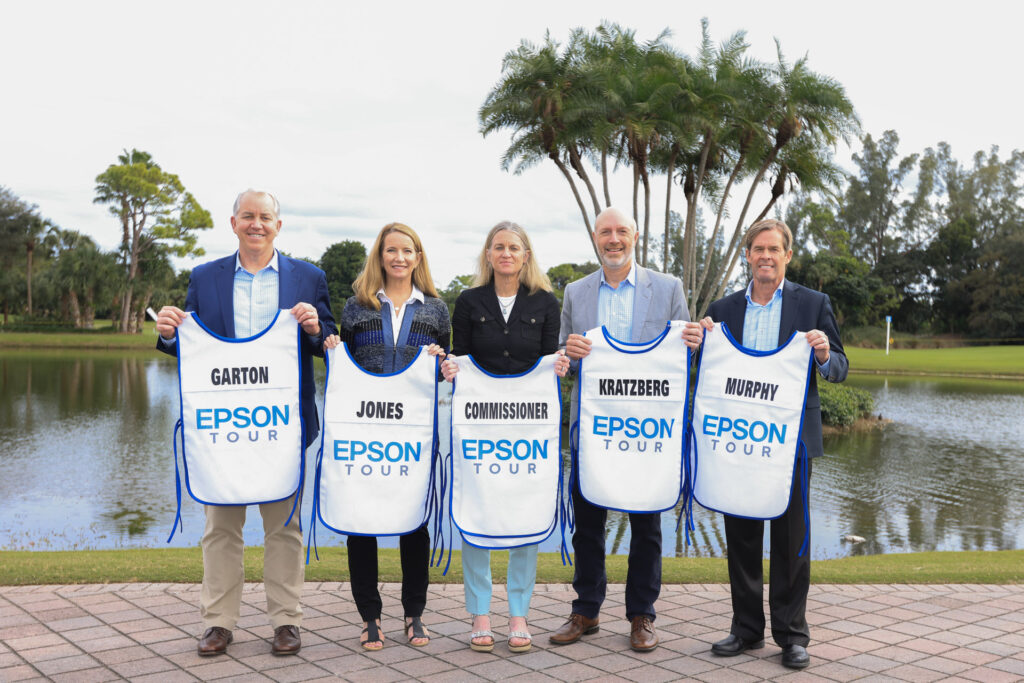 The LPGA Tour and Epson America, Inc., today announced a five-year agreement to kick off the technology leader’s title sponsorship of exclusive naming rights to the Official Qualifying Tour of the LPGA. The newly named Epson Tour enters its 42nd year of structured competition in 2022 and is the most established women’s qualifying tour in the world as the one “Road to the LPGA.” The LPGA and Epson brands come together in this global initiative to celebrate women in the spirit of competition.

The Epson Tour sponsorship takes effect immediately and extends until the end of 2026. The Epson Tour will award LPGA Tour membership to the top-10 players on the Race for the Card money list at the end of each season. Epson America’s parent company, Seiko Epson Corporation, also becomes an Official Partner of the LPGA Tour and the Epson Tour.

“We are delighted to welcome Epson to the LPGA Tour family. This ground-breaking partnership will provide expanded opportunities for the future stars of the game from around the globe to test their talent and take one step closer to realizing their dreams. We are grateful that Epson shares our commitment to supporting young female athletes as they grow and develop and to playing an active role in the growth and equity in women’s sports. The ‘Road to the LPGA’ has never been better.”

Epson and the LPGA commit to enhancing player experiences and events by focusing on the support and empowerment of all Epson Tour members, throughout their time on Tour and upon graduation to the LPGA. The combination of each organisation’s global platform will demonstrate an ongoing commitment to diversity, while achieving Epson’s aspirational goals of sustainability and enriching communities.

“Epson’s support for the LPGA and the Epson Tour underscores a corporate commitment to empowering women and helping launch the careers of these exceptional individuals. We are honored to have the opportunity to support these elite athletes and their individual journeys to qualify for the LPGA Tour, and beyond.”

The yearly Epson Tour Ambassador Program will officially begin in 2022 and extend $10,000 to each of the 2021 Epson Tour graduates, providing financial assistance to jumpstart the beginning of their new LPGA Tour journey. In addition, Epson is increasing the standard tournament purse size to $200,000.

Fatima Fernandez Cano, an Epson Tour graduate in 2020 and 2021, and the first representative of the Epson Tour Ambassador Program, said:

“It’s really incredible to see the impact that Epson is making right from the start of their partnership with the LPGA. They aren’t just putting their name on the Epson Tour, but truly walking the walk and backing women’s futures. I can’t thank Epson enough for believing in me. When I came to America from Spain to play college golf at Troy, these types of moments were a dream. Now it’s reality and I’m in a better position because of Epson.”

Underscoring Epson’s commitment to advancing the careers of talented female golfers, the partnership includes the contribution of funds to initially lower entry fees by 10% per tournament for each player throughout the season, amounting to as much as $1,000 per individual over the course of the year. Part of this initiative is the creation of the Epson Tour DEI Partnership, as Epson and the LPGA are challenging at least four other companies to join them in elevating the competitive drive and dedication of Epson Tour members by working together to cut player-entry fees in half, from $500 to $250. Participating organisations will receive Pro-Am teams and signage at every Epson Tour tournament.

“We don’t only want to put our name on the Epson Tour; we want to find a way to invest in players chasing their dream of the LPGA Tour and support them once that dream becomes a reality, through the Epson Tour Ambassador Program. Hopefully, other companies will join us as we empower women through the DEI Partnership in cooperation with the LPGA.”

During the 2021 LPGA Tour season, nine former graduates or Epson Tour alumnae claimed 12 LPGA Tour wins led by Rolex Rankings No. 1 Nelly Korda, who captured four titles and a gold medal at the Tokyo Olympics. Other notable LPGA players who got their start on the Epson Tour include major champions Inbee Park from the Republic of Korea, Lorena Ochoa of Mexico, and Australia’s Hannah Green. These individuals exemplify the international draw of the Epson Tour, which annually attracts players from more than 40 countries and has graduated 65 players from 21 nations in the last seven years.

“We are grateful for Epson’s support of these women pursuing their LPGA Tour dreams. A global brand like Epson recognizes what we are building and continue to raise the Tour’s profile. This allows us to attract top players from around the world. We are especially appreciative of the immediate impact Epson will make, contributing to purses, player-entry fees, and supporting past and future Epson Tour graduates.”

The 2022 Epson Tour schedule will be announced during the week February 7, but the season is set to open in Winter Haven, Florida, with the return of the Florida’s Natural Charity Classic at the Country Club of Winter Haven from March 4-6. Epson will also assume sponsorship of the Epson Tour Championship, which concludes the season in Daytona Beach, Florida, from October 6-9 at LPGA International.