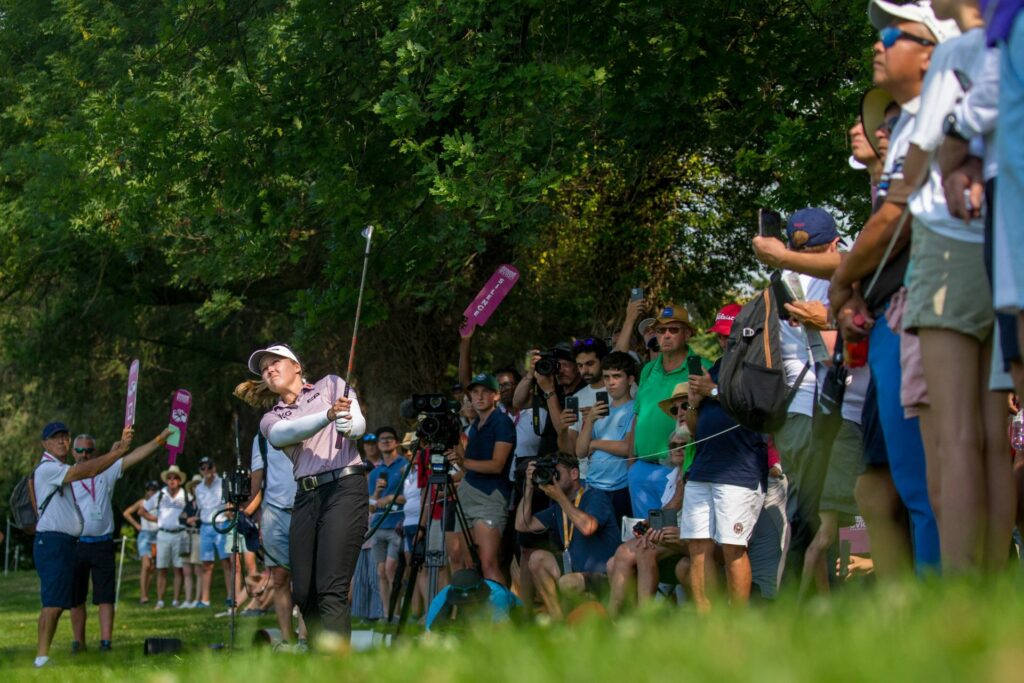 Brooke Henderson's three stroke advantage has been reduced to two following a big move from South Korean So Yeon Ryu.

A few missed birdie chances from close range cost Henderson the chance to take a big lead into the final round at Evian Resort Golf Club.

However, at 17-under-par, the 24-year-old from Ontario is still well placed to capture her second Major championship.

After signing for a three-under-par 68, which included a bogey at the first hole and four birdies, she said: “It wasn't as good as the first two days, but I really hung in there. I made some clutch par saves on the back nine, which felt nice.

“There were not as many birdies on the card. I felt like the course was playing a little bit tougher for me today. Hopefully I’ll go out tomorrow and continue to ball strike pretty well and hopefully make some putts.”

On her game plan for the final round, she added: “I think it's important where you're placing the ball off the tee and into the greens. Hopefully I can get a good strategy together tonight and hopefully I'll be able to hit the shots where I need to.

“It can be a very tricky course if you start miss-hitting shots. If you can keep it in the right areas, then you can make some birdies.”

Ryu, targeting a third major title following on from her victories in the 2011 US Women’s Open and 2017 ANA Inspiration, carded eight birdies against two bogeys in her third round of six-under-par 65.

The 32-year-old Rolex Rankings 51 will be able to keep a close eye on the leader in the final pairing and could be a major threat, but there are plenty of skilled players lining up in the groups behind.

Sophia Schubert from the United States is two strokes back in third place and will play alongside Spain’s Carlota Ciganda, who leads the European challenge in a tie for fourth with Korean Sei Young Kim on 12-under-par.

After her third consecutive round of 67, Ciganda said: “I think four-under, no bogeys, that's always a great round. I would have liked to have made a couple more birdies at the end with the two par-fives, but I made some good saves. I didn't take advantage today of the par-fives.”

“I don't think it's easy to make putts here. I was just trying to be patient out there. I'm playing good, so I think I'm hitting good enough shots that I'll give myself some opportunities out there.”

There were three twos on the back nine of Hull’s card, including an eagle on the 11th, where she holed out from 98 yards and she said: “I just hit a full sand wedge a little bit right of the pin, spun it off the slope, and it went in the hole. I wasn't quite sure whether it went in because the crowd was like, it's gone in, but I don't know, I just didn't want it to be like a couple of feet away and then celebrate like it went in, but I got up there and it was in. I feel quite relaxed on the golf course. The way the golf course is playing I think it kind of suits me. I like it. I'm just in a good headspace at the minute.”