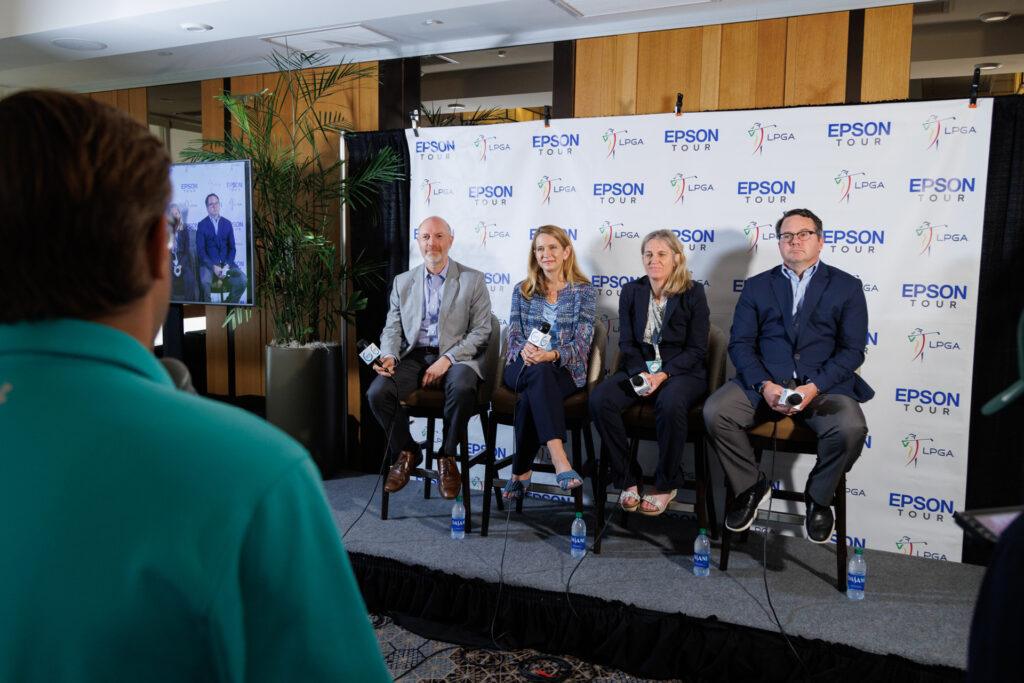 Less than two weeks after announcing Epson as the new title sponsor of the “Road to the LPGA,” today the Epson Tour unveiled its 2022 schedule featuring record-setting total prize funds and average prize fund size, as well as the largest single-event prize in Tour history.

The 21-tournament schedule will take the Epson Tour to 13 states and offer $4.41 million in total prize money, for an average prize fund size of $210,000. Both figures eclipse the previous all-time records for total prize money ($4 million) and average prize fund size ($194,000) set in 2019 and 2021, respectively. The season begins March 4-6 with the Florida’s Natural Charity Classic in Winter Haven, Fla., at the Country Club of Winter Haven.

“We’re grateful for tournament partners and host venues that continue to invest in Epson Tour athletes. Five years ago, fewer than one in five tournaments were playing for a $200,000 purse. Now this mark is the new minimum threshold for every event, opening new doors for all individuals chasing their dream of one day playing on the LPGA Tour.”

Another monumental milestone on the 2022 Epson Tour schedule is the largest prize fund in Tour history of $335,000 belonging to the French Lick Resort Charity Championship contested on the Pete Dye Course at French Lick Resort, which has hosted the Epson Tour since 2017 and previously on its Donald Ross Course. The $50,000 winner’s cheque from the tournament will amount to more than the season earnings ($47,283) of P.K. Kongkraphan in 2013, the No. 1 player in the Race for the Card that year.

The Epson Tour welcomes three new events to the season in 2022: one to be named at Ol’ Colony Golf Course in Tuscaloosa, Alabama, the Wildhorse Ladies Classic at Wildhorse Golf Course in Pendleton, Oregon, and Ann Arbor's Road to the LPGA powered by the A2 Sports Commission in Ann Arbor, Michigan at Travis Pointe Country Club, which hosted the LPGA Tour’s Volvik Championship from 2016-18. Additionally, the Carolina Golf Classic presented by Blue Cross and Blue Shield of North Carolina will visit a new city for a third straight year when it stops at Kinston Country Club in Kinston, N.C. from June 8-12.

“We strive to bring new, first-class venues to the schedule, and that sometimes includes returning to top sites like Travis Pointe, which hosted the LPGA Tour for three years. It is important that Epson Tour athletes compete on LPGA-caliber courses, so finding the best facilities for competition is a top priority when building our annual schedule.”

The 2022 season will conclude with the Epson Tour Championship from Oct. 6-9 in Daytona Beach, Florida, at LPGA International. The top 10 on the Race for the Card money list at the tournament’s completion will receive LPGA Tour membership for 2023 and the chance to serve as an Epson Tour Ambassador, a new program initiated by Epson upon the launch of their sponsorship. The 10 individuals will be offered $10,000 apiece to jumpstart their LPGA career and in turn, wear the Epson Tour logo on their sleeve.

Epson Tour by the numbers