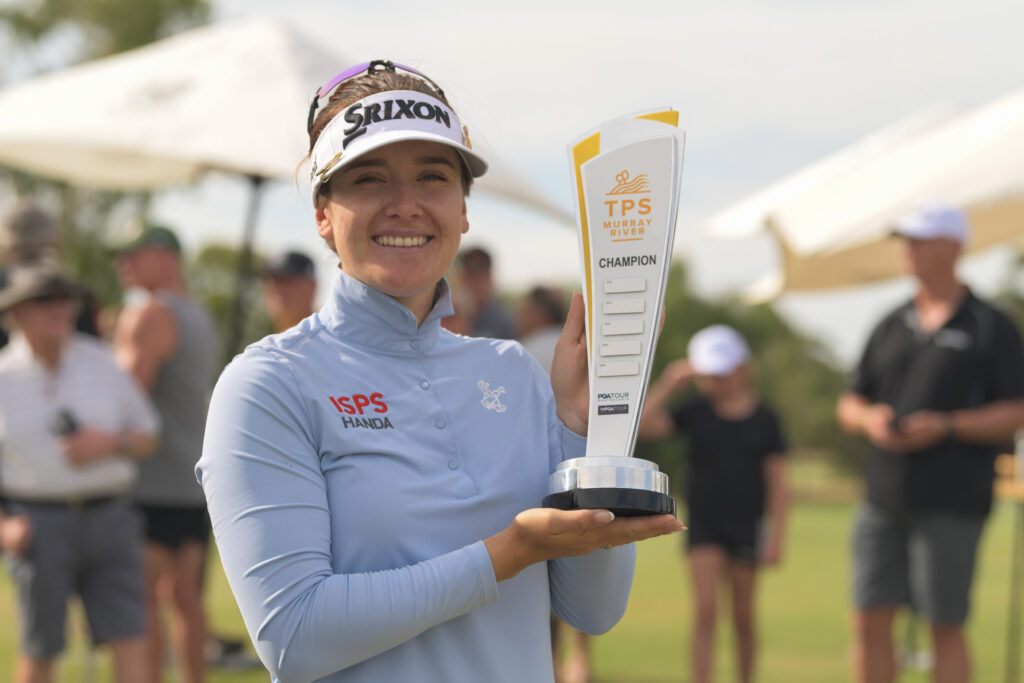 Australian Golf's WPGA Tour of Australasia (WPGA Tour) and the PGA of Australia (PGA) will work closer together than ever before, today announcing a new five-year alignment between the two organisations.

The agreement is an extension of a strong working relationship established in the last few years between the two organisations and the formal collaboration put in place in 2019.

The WPGA Tour operations will come under the banner of the PGA alongside the men’s ISPS HANDA PGA Tour of Australasia as the main governing bodies in the golf industry continue to seek ways to reduce fragmentation and grow golf in Australia.

The WPGA Tour will retain its ownership structure and an independent board, and current WPGA Tour Chief Executive Karen Lunn will continue in her role, joining the PGA executive team. The CEO of the PGA will now sit on the WPGA Tour board, with the position currently held by Gavin Kirkman.

Collaboration highlights over the last few years include the Webex Players Series co-sanctioned events, the transition of the formerly named ALPG vocational members as qualified PGA Professionals and the rebranding of the ALPG to the WPGA Tour of Australasia.

Under the new alignment, there will be regular reviews over the initial term with a formal review in four years’ time to analyse the success of the arrangement with a view to extending it after five years has expired.

"We are delighted that moving forward, the WPGA Tour of Australasia will be supported by the PGA of Australia's engine room which boasts more than 50 staff whose resources, some aligned with Golf Australia, will all be available to us when and where required,” WPGA Tour CEO Karen Lunn said.

“It’s no secret that the WPGA Tour has been an organisation which has been resource-poor for most of its existence and this is an essential step forward for us if we are to continue to grow and provide our Members with more opportunities.

"This is a very logical next step following all of the work which has been done over the past three years to align our organisations, memberships, programs and services.

“This gives us a five-year period in which the WPGA Tour and its members can weigh up whether the key performance indicators – things like prize money for our events, playing opportunities and increased media presence – are coming through as a result of the partnership. We are confident that they will, and we’re incredibly optimistic about where we can take our tour.”

“We need to keep growing women’s golf in Australia, and we’re committed to supporting CEO Karen Lunn in providing more playing opportunities for WPGA Tour Members and growing the commercial viability of the Tour.

"The WPGA Tour is producing some fantastic young players and we’ve seen with the arrival of the mixed-gender Webex Players Series events how the fans love to watch our best women play. The recent Australian Open was further evidence of the appetite from fans.

“We’re excited with what this collaboration can bring to the game moving forward.”