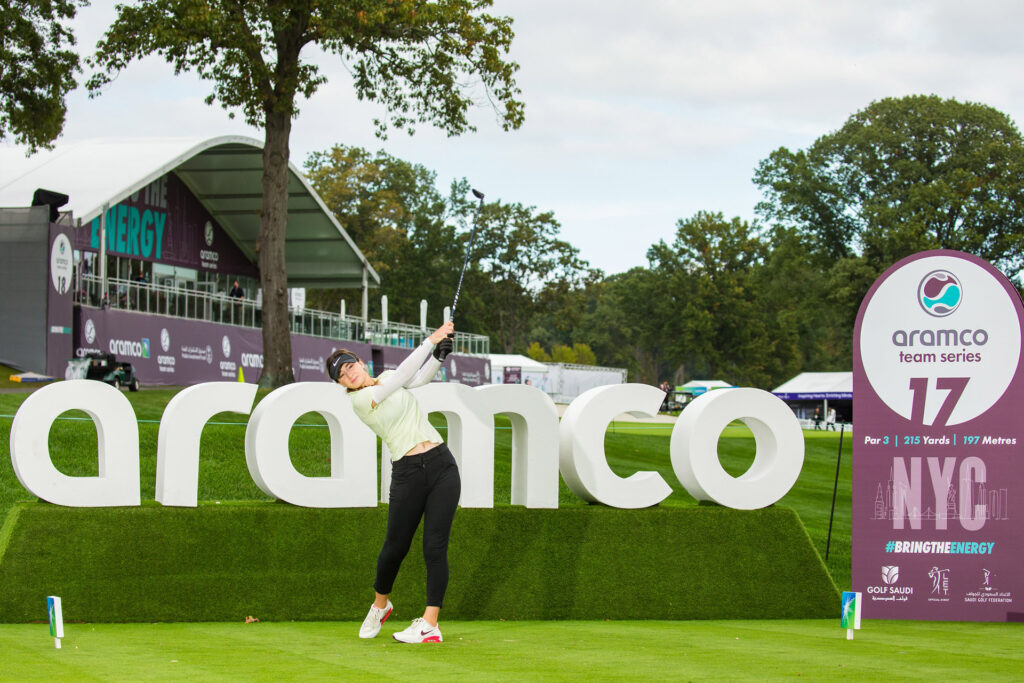 The Ladies European Tour (LET) tees off stateside this week, the first standalone event that the LET has hosted on American soil. Not only is it a great opportunity for the players from the LET to showcase the tour to the American market, it also gives the chance for some of the LPGA tour's top talent to play with their European counterparts.

For some LET players, this will also be the first time that they have played a professional event in the States. They’ll be teeing it up at Glen Oaks Club alongside six of the world’s top 20 players, including world number one Nelly Korda and Solheim Cup Team USA compatriots Jessica Korda, Lexi Thompson, Danielle Kang and Lizette Salas. Other LPGA tour players include Cheyenne Woods, Lindsey Weaver and England’s Bronte Law.

It’s a “win-win” as far as Solheim Cup Captain Catriona Matthew is concerned. The LET gets great exposure and the players get to experience playing in America. In a press conference the day before the event, she said that she hopes to see this happen more often. She believes that the partnership, which formed in 2019 between the LPGA and LET, will lead to more innovative events and more playing opportunities for LET players across the pond.

The Aramco Team Series is a brand-new concept and the first team event series on any professional tour, where the world's best compete in concurrent team and individual contests.

The New York event is the third leg of the four-tournament Series, following successful events in London (UK) and in Sotogrande (Spain).

Thompson played in the inaugural London event alongside Laura Davies and horse racing legend AP McCoy. She is a big fan of team golf, she said:

“I love team formats in general. Golf being such an individual sport, we don’t get this opportunity very often, so to be able to be part of a team, have two other pros, and an amateur in the mix is a great format that gives amateurs an insight into how we play and how intense we are.  It gives them an opportunity to play with us and help us out a bit.  I think it’s great for golf.”

How does the Aramco Team Series work?

Using an ‘NFL-style’ draft system, 28 selected captains will pick their first player, before being randomly allocated a third professional teammate. The fourth member of each team is a US amateur golfer who could make a vital contribution on the course and secure prize money for the professional players, a feat unique to world golf.

The innovative $1million Aramco-backed event sees teams of four battle it out for a share of an $800,000 prize fund, with a $200,000 purse for the leading individual scores over the weekend. As a full LET event, each tournament also carries World Ranking and Race to Costa del Sol – LET’s season-long competition to crown Europe’s leading golfer which was won last year by Denmark’s Emily Kristine Pedersen. Ahead of the New York event she said:

“The great thing about golf is you can play with anyone, any age, handicap or any gender. The Aramco Team Series is a great example of that and something fresh with amateur who can join us professionals for a pretty different experience”

Aramco Team Series winners are back

For the Aramco Team Series – New York, the two individual winners from the tournaments in London and Sotogrande will tee it up this week.

Marianne Skarpnord, who secured her fifth LET win at Centurion Club, is back for another taste and has eyes on another title.

The Norwegian beat Thailand’s Atthaya Thitikul in a play-off in London, after the duo were locked together following the conclusion of the 54-hole competition.

While American Alison Lee is back in the format again, this time on home soil following her first win as a professional at the event in Sotogrande.

View the full Round 1 draw and teams here.