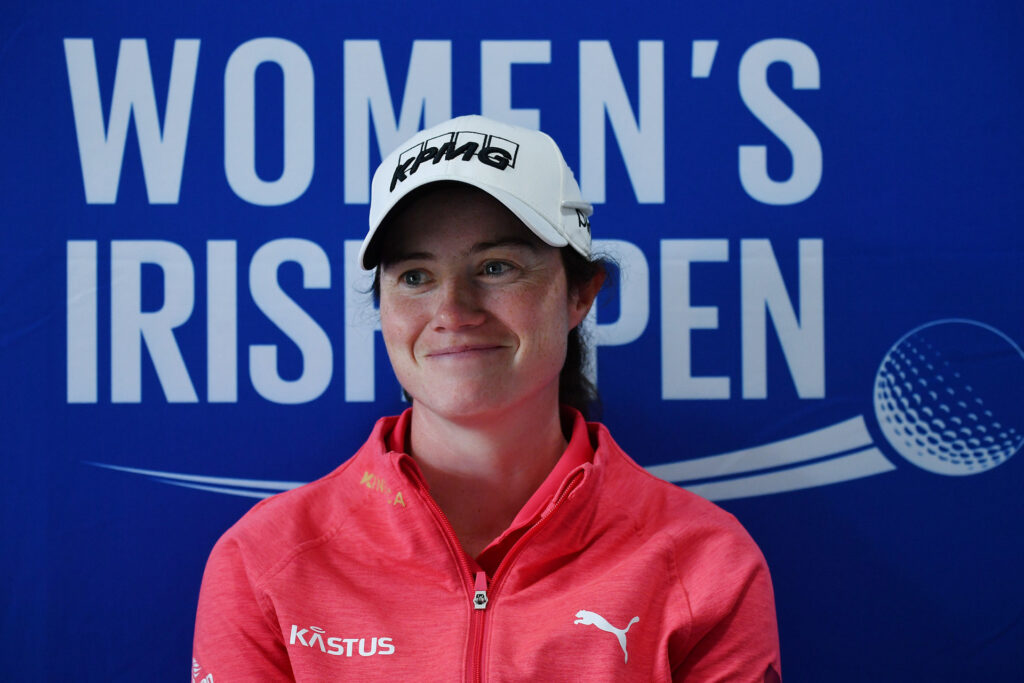 After a 10 year hiatus the Women's Irish Open is back with a new sponsor and as the tournament gets underway, all Irish eyes will be on Leona Maguire

Having played in her first home open at the age of 14, Leona Maguire is excited to be playing in the 2022 KPMG Women’s Irish Open.

After a ten-year hiatus, the tournament returns to the Ladies European Tour (LET) schedule with Dromoland Castle as the venue.

It is a special feeling for 27-year-old Maguire, who won her first LPGA Tour title earlier this year and produced a scintillating debut performance at the 2021 Solheim Cup.

“I’m really looking forward to the week,” said the world number 18 in the Rolex Women’s World Golf Rankings. “It’s been ten years since we’ve been here and it’s nice to be back and Dromoland are putting on quite the show this week.

“They have really rolled out the red carpet, the course is looking great and it’s nice to have such a good buzz about the place as well.

“They’ve put a lot of effort and money into the course. The greens are rolling really nicely, and I think it’ll come across really well on television with the lake on all those holes and there’s a nice mix of some longer holes and good birdie chances. All in all, it should play really well for the girls.”

With the venue being two-and-a-half hours from her home in Cavan, Maguire has her coach as well as family and friends with her.

The Irish star will tee it up in the first round at 12.55pm alongside Spain’s Ana Peláez Trivino and her Solheim Cup captain Catriona Matthew.

But it was back in 2009 when Maguire played in the event for the first time and she lucky enough to play with Dame Laura Davies.

“That was quite intimidating,” she continued. “She was hitting that 2-iron of hers everywhere and I was trying to hit my driver within 40 yards of it.

“It was a fun week, the whole Vagliano Trophy team got to play. There are always big crowds, it’s always nice to play in front of home Irish crowds and there’s always a lot of home support. I enjoyed that year and the few years in Killeen.

“It was always a big event when it was on the schedule a few years ago and it’s taken ten years but there’s been a lot of planning and organising that has gone into it and hopefully this can become a big event on the LET schedule for a long time to come.

“It’s a little bit full circle. I haven’t quite done what Laura has done yet, I have a bit of a way to go but it’s nice to be back and to have some of the best players in Europe here supporting the event and I think everyone is looking forward to it and we’ll get some crowds out to support this week.”

With a home tournament and home crowd comes pressure and expectations, but the Solheim Cup winner is trying not to think about that.

Maguire is treating this week like usual and sticking to her processes especially coming off a busy stretch of golf in the United States.

She added: “I’ll try and treat it like any other week. This is week four in a row for me, it’s been a busy stretch in the States.

“There’s a little bit of jetlag in there this week, so trying to manage my practise and all the things I have to do this week. I’ll play it as if it is any other event and try and do as well as I possibly can. The girls are in a busy run themselves on the LET and there’s lots of great golfers here so hopefully we can put on as good a show as we can for the home fans this week.”