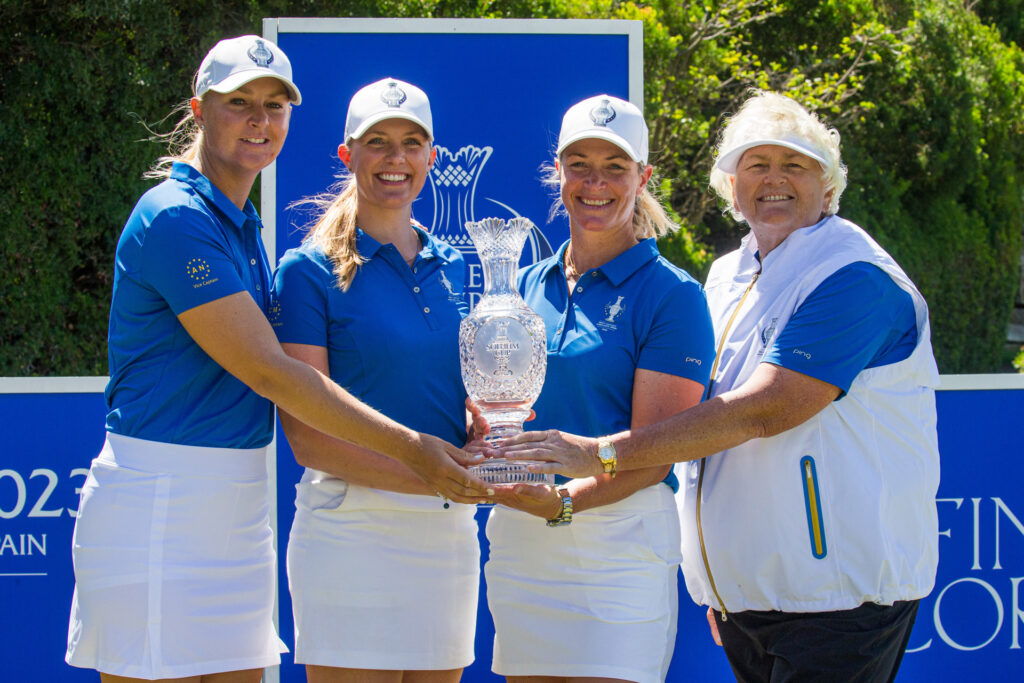 The trio have been selected to work alongside the Norwegian and will each bring different skills, knowledge and experience to the backroom team ahead of the prestigious biennial contest where Europe will be seeking their third consecutive victory.

“It was the biggest honour of my career to be named the Solheim Cup Captain and I’m thrilled to be able to name my three Vice-Captains,” said Pettersen.

“I’m excited for what Caroline, Anna and Laura can bring to Team Europe as we look to defend the Cup on Spanish soil in the Costa del Sol. With all three of them by my side, I couldn’t ask for anything better and I’m certain that they will be great for our team.”

Bringing a wealth of experience

Three-time Major champion Nordqvist is no stranger to the Solheim Cup having played in the last seven editions of the tournament from 2009 to 2021, being on the winning side four times and clinching 15.5 points for Team Europe during that time.

Nordqvist, who recently won the 2022 Big Green Egg Open on the LET, shared the fairways with Captain Pettersen many times and they teamed up in the fourballs at the 2009 and 2011 Solheim Cups with the duo winning each of their contests.

While Davies brings a wealth of experience to Team Europe having made 12 appearances in the competition, as well as being a Vice-Captain at the 2019 and 2021 editions alongside Catriona Matthew.

The legend of the game has achieved golfing accolades all over the globe with 87 tournament wins including 45 Ladies European Tour titles and 20 LPGA Tour titles, as well as winning a record seven LET Order of Merit titles.

Finally, Pettersen has chosen fellow Norwegian and lifelong friend Caroline Martens to be part of her backroom staff for the coveted contest against the United States.

Martens played on the Ladies European Tour for eight seasons winning the 2013 LET Q-School, which was played in Marrakech, Morocco, by eight shots.

“The Solheim Cup holds some of my best golfing memories and to be able to share that with my lifelong friend Caroline will be something very special. She goes the extra mile for her friends and family, and I cannot wait have her alongside me and my other Vice-Captains.

“Laura is a global golfing legend. Her passion and knowledge for women’s golf and particularly the Solheim Cup is something we share. I loved working her last year in Toledo and I’m happy to have her in the team room once again.

“I have been fortunate to share many fairways and memories alongside Anna throughout my career. Having represented Team Europe on seven occasions, Anna is someone who knows the hard work that goes into the Solheim Cup, and I can’t wait for her to be with me.”

Thinking of attending the 2023 Solheim Cup at Finca Cortesin? Then we're hosting a week long trip taking in some golf as well as watching the drama unfold - find out more here.