One in two girls are quitting sport due to periods 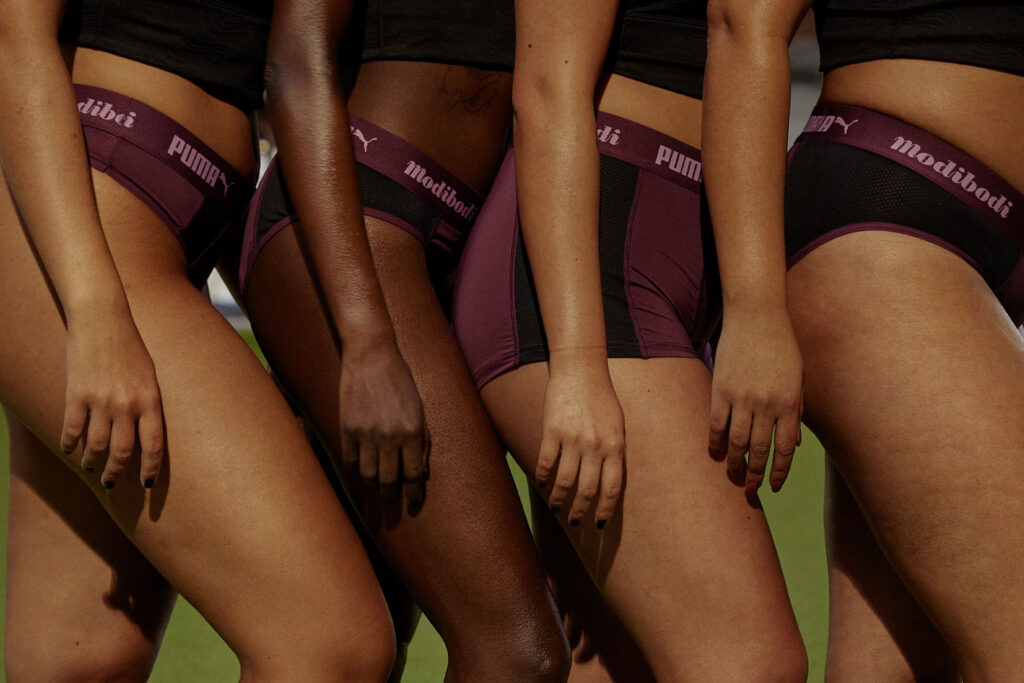 With the launch of leak-proof underwear from PUMA and Modibodi. We look at how this may help female golfers but it's not a solution on its own to keep women and girls playing golf.

We’ve talked a lot recently about menstrual cycles, whether you should track them, how you can harness them and why we shouldn’t be embarrassed to talk about them.

In a survey by global sports company PUMA and leak-proof apparel company Modibodi® investigating the reason girls are leaving sport, they found that one in two teens are skipping sport because of their period.

They discovered that for many girls, sport stops because of embarrassment, pain or fear of leaks during their period.

The survey insights showed how the culture and lack of innovation around periods is holding girls back from participating in sport.

The discomfort of disposable products coupled, from a coaching perspective, with a lack of education and training, has meant that the result is female players finding the fear of leaking psychologically impacting their sporting performance.

Putting this into a golf scenario, as women we can appreciate how a potential four to five hour round could be extremely daunting for a teenager. A situation that would be exacerbated if there weren’t any on course toilets.

Although not sport-related, I remember vividly leaking onto my school dress after a double maths lesson at school – girls with heavy periods, like me, may struggle even when there is a toilet at the halfway house.

The above research was conducted as part of the launch of PUMA and Modibodi’s launch of their new leak-proof underwear collection.

With the subject of periods continually going undiscussed in the sports world, Ali Riley, New Zealand PUMA athlete and captain of the Football Ferns, said:

“It's time to break the silence and help women and girls stay comfortable and active during their period. What’s fantastic about the PUMA x Modibodi active underwear collection is that it has been designed specifically to help making playing sport on your period more possible than ever before.”

Could leak-proof underwear be the answer?

The PUMA x Modibodi collection replaces the need for disposable pads, liners and tampons as you play. Modibodi’s proprietary Modifier Technology™ wicks moisture and sweat, locks away fluid and odour and keeps you feeling fresh and dry, without the discomfort of disposables.

Kirsty Chong, CEO and Founder of Modibodi is clear that this underwear solution will help keep teens in sport:

“Three in five teens skip sport due to fear of leaking or revealing their period which is why we are thrilled to launch this collection with PUMA and together normalise menstruation and tackle the stigma that women can't be active on their periods or when experiencing any of life’s leaks.

“By releasing this range of leak-proof underwear we are hoping to make playing sport on your period more comfortable, more protected, and more possible than ever. Changing the world should be as easy as changing your underwear. Waste-free, leak-free, worry-free protection.”

With a wider waistband to ensure security whilst playing and aerated side panels designed for comfort and to maximise airflow, the PUMA x Modibodi active underwear range offers women and girls the ability to stay active without having to worry about leaks, while reducing their monthly waste from period products.

Keeping more women and girls on the golf course

As we've seen a large surge in women and girls taking up the game over the last two years, it's important that we keep talking about women's health. There is a very real chance that if we just try and manage, rather than drive for change, these new golfers will end up leaving the sport.

Leak-proof underwear may be part of the solution but at £25 a pair, it's initially an expensive one. Toilet provision, readily available sanitary products and sanitary disposal bins are all part of this period conversation that needs to take place at golf clubs.

What's it like at your golf club? Let me know by dropping me an email.

The PUMA x Modibodi active underwear collection is available in selected stores and online at modibodi.com and puma.com