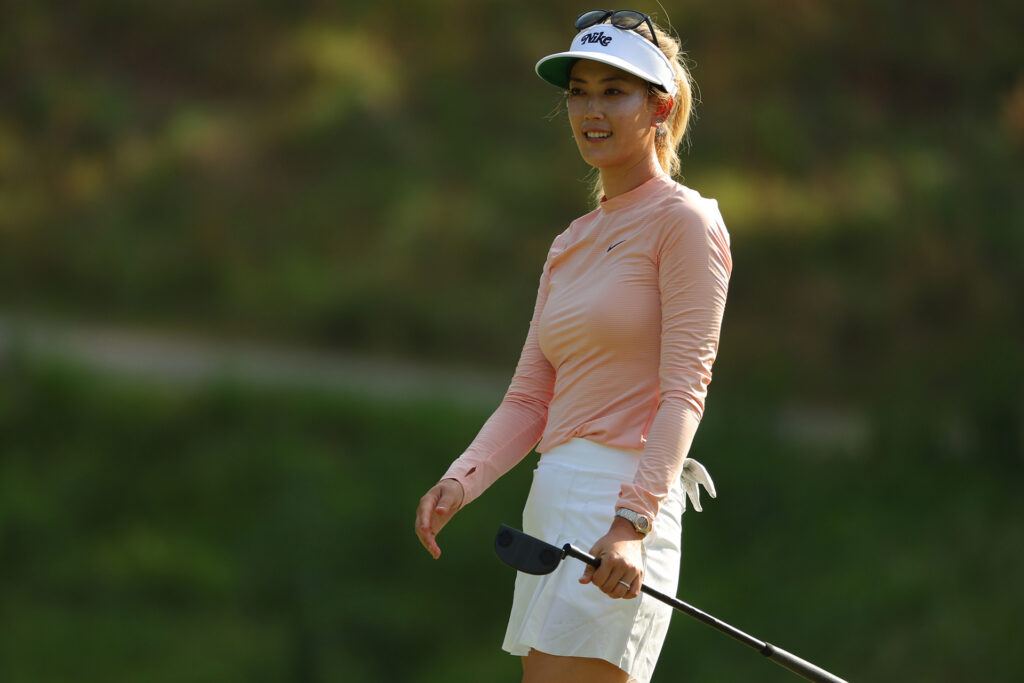 Major champion Michelle Wie West will align with The R&A to expand her golf career off the course and into the global development of the sport.

One of the most recognised player’s in women’s golf, Wie West made history at 12-years-old becoming the youngest player to qualify for an LPGA Tour championship and the youngest to make a cut at a Major before going on to establish a highly successful career winning the 2014 US Women’s Open and a further four titles on the LPGA Tour.

Wie West has demonstrated a strong desire to elevate the visibility of women’s golf as well as foster an inclusive and diverse future for the sport. This is evident through her philanthropic endeavour #HoodieForGolf which harnesses the power of social media to drive awareness of women’s golf whilst selling tie-dyed hoodies to benefit selected charities.

Through their alignment The R&A and Wie West will work together across a broad spectrum of areas including women and girls initiatives with Wie West helping to drive participation, particularly in the Asian market as well as providing her unique knowledge to advise on elite performance and development.

"Michelle Wie West is undoubtedly an icon of women’s sport and we are delighted that in her post-playing career she has decided to work alongside The R&A to achieve its global development initiatives.

“She brings to the role her star power, broad audience but also a vast wealth of knowledge and experience which can be harnessed to help develop the future stars of golf.”

Wie West, added, “Golf is an incredible sport which has given so much to me throughout my career. I now want to use my platform and knowledge to contribute to golf away from the course. I am excited to be able to help shape the future players, both those who like to enjoy golf recreationally and the young talent who aspire to a playing career.”

Wie West joins football superstar Gareth Bale as well as global music sensation Niall Horan as Global Development Ambassadors appointed by The R&A to utilise the power of influencers from the sports and entertainment industries to broaden golf’s appeal and image.

The R&A’s appointed Modest! Golf, founded by Horan, to work on developing a series of future grassroots programmes aimed at inspiring more people into golf and retain them within the sport. Whilst Bale features in The R&A’s Golf is Good campaign which builds on scientific research to promote the health and wellbeing benefits of playing the sport through creative storytelling.

The R&A is committed to investing £200 million over ten years in developing golf and supports the growth of the sport internationally, including the development and management of sustainable golf facilities. For more information, visit www.randa.org