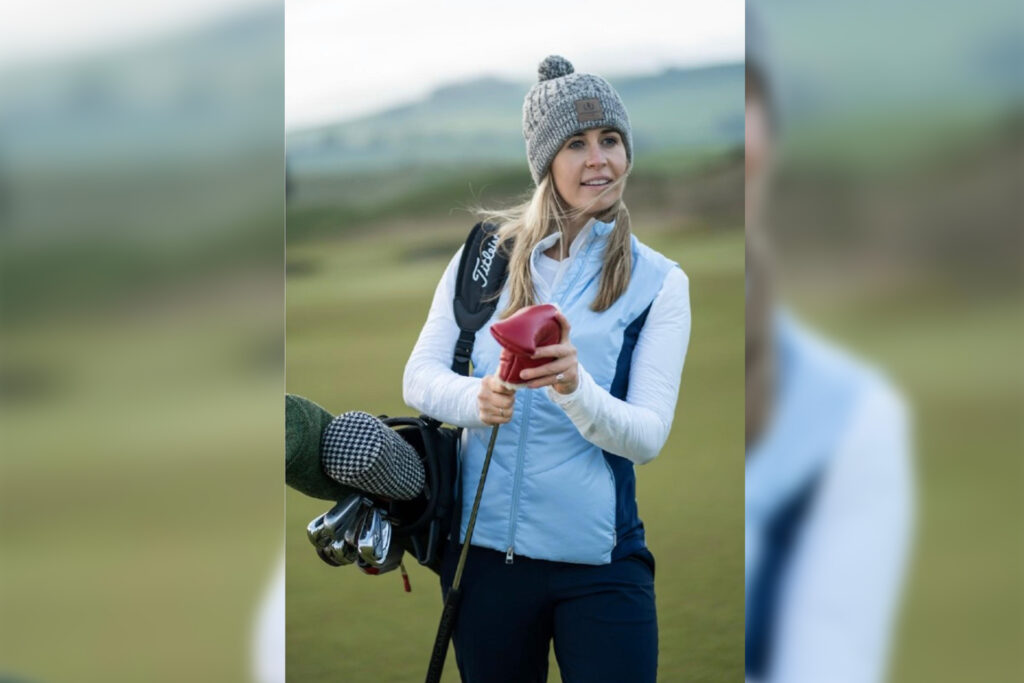 A new mini-series from The R&A 'Iona Investigates' which looks at the wide variety of health benefits that golf has to offer.

Golf’s widespread physical, mental and social health benefits have been brought to life in a new video series from The R&A in which broadcaster and presenter Iona Stephen uncovers how playing the sport can help you become fitter, healthier and happier.

At a time when record numbers are now playing golf worldwide, ‘Iona Investigates’ is a three-part series where Stephen learns how people of all ages, abilities and backgrounds are reaping the rewards of playing the sport.

The first episode covers mental health and well-being, the second on physical health, and a final show on strength and balance.

“Working on this series has been a hugely rewarding experience,” said Stephen. “I’ve discovered more about golf’s wonderful health benefits and helped to highlight them by speaking to people from many different backgrounds.

“When I’m playing golf I feel uncomplicated, it’s like your mind is focusing on one objective – to get the ball from A to B. That focus brings you into a place of mindfulness and flow, where there isn’t space for the complications and pressures in our daily lives.

“Golf is for people who are busy working, who have young children, and for those who have retired with more time on their hands. Golf is for absolutely everyone, young and old, and wherever they are from and whatever they do.”

Former footballer McAteer has been instrumental in talking about mental health, especially for young people, and he outlines how he has used golf for his own benefit in recovering from depression.

McAteer, who has been playing golf for around 12 years, says:

“Golf has been amazing, certainly from a mental health aspect. I was probably in a bad place when I finished playing football. It left a massive void and my mental health spiralled out of control. I was having a difficult time and I found golf. Golf probably saved my life.”

Golf has the ability to change lives

Taylor’s thriving cricket career was sadly cut short by a life-changing heart condition aged just 26 in 2016, but he also reveals how golf has since benefitted his physical and mental health. He admits:

“To have to retire when you are at the top of the game was incredibly hard to take – my life changed forever.

“The doctor in hospital told me I couldn’t exercise like I used to, but I could play golf. As soon as I took it up I was hooked, what a sport it is. Golf from then changed my life. It gave me a purpose, a technical challenge, the mental stimulation, the exercise and allows me to be competitive.”

St Andrews-based Stephen also tells her own story of coming late into golf and how the sport started to have a positive impact on her life after discovering Ranfurly Castle Golf Club when a student at The University of Glasgow.

In recent years, The R&A has strived to communicate golf’s health benefits to a global audience and underline the role the sport plays in health and social well-being.

Working with organisations such as the World Health Organization, the DP World Tour, other golf bodies and respected medical professionals such as Dr Andrew Murray, The R&A has been involved in various scientific research studies to make the sport more appealing to all.

Research has revealed that, on average, golfers live five years longer than non-golfers while golf, as a physical activity, can help prevent and treat 40 major chronic diseases, including diabetes, heart attacks, stroke, breast and colon cancer, depression and dementia.