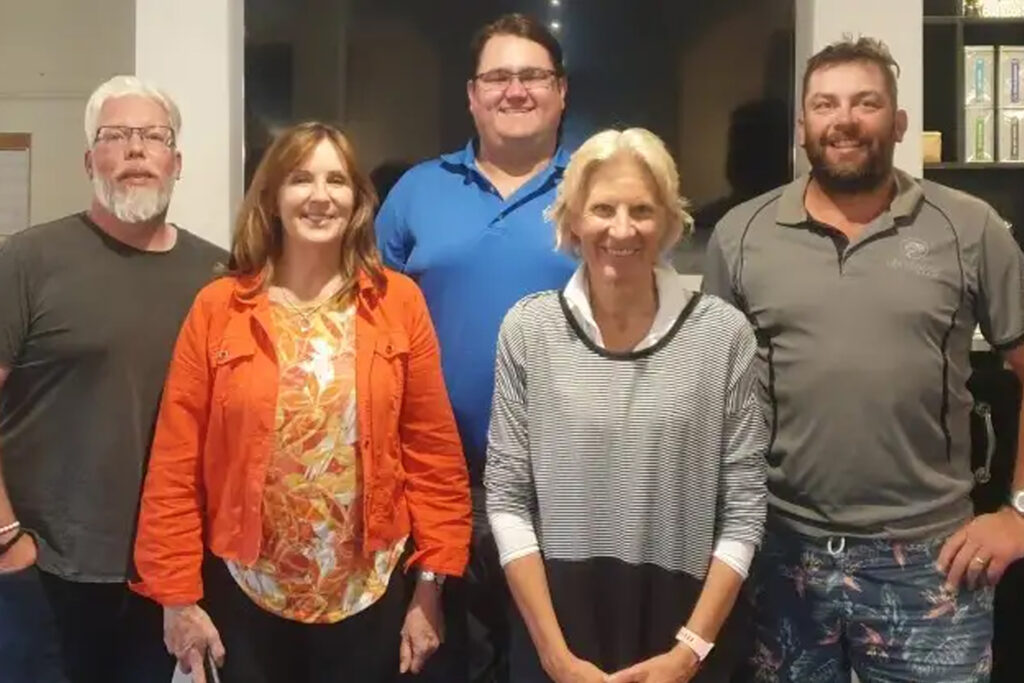 Whether you believe in fortune tellers or not, the team at Barwon Valley Golf Club in Geelong, Victoria can indeed see into the future and this skill is setting them up for a very bright future.

“The key is to know where you’re going and understand what the future of golf looks like. This is how we are going to grow golf, not just at our club but golf in general.”

Following the Vision 2025 roadshow in 2018 and an involvement in Even Par, a Golf Australia programme aimed at supporting golf clubs to facilitate gender equality in golf, Sharrock knew that the future of the club was dependent on the work the club needed to do in the gender equality space.

“I realised straight away that this was such a huge opportunity for growth and was really just a natural progression towards moving with the times.

“Probably getting a bit too excited, I went back to the club and wanted everything to happen at once, however, I soon realised that change provokes unease. It was therefore vital to first bring the club and its members on the journey with us.”

Getting members on board

Some members were quick to come on board including the club secretary of three years, Helen Mays. She said:

“It was a big transition for the club. When I became Secretary, I did not feel well equipped to lead this change, so I started researching and educating myself on governance, constitutions and gender equality. I attended a Vicsport governance seminar, read case studies from the Golf Australia website and worked closely with Chris Crabbe who is our regional development officer from Golf Australia.”

Kudos to Helen Mays who, from what Crabbe reports, was instrumental in the governance restructure at the club. He said:

“Her dedication to the project was unwavering and her communication with the members was first class, from regular member email updates, newsletters and a member forum to provide opportunities for members to have input.”

Here were the main aims that the club wanted to achieve:

All of these have been completed through a whole-of-club approach.

With the hope that other clubs may be inspired to make this positive change towards gender equality, both Mays and Sharrock have shared their insight…

“We know it’s important to attract a broad range of club members to the main committee rather than having a narrow focus on the same group of people who play together,” Sharrock said. “The composition of the Club committee has generally been predominantly male and the Women’s committee operated independently. It was somewhat intimidating for a woman to be the lone female with 8 or 9 males.”

“Therefore, it was key that we included women in all our discussions, providing a clear picture of what the new structure could look like, what it would mean for the club, and how we could get there together. It became apparent that it was not all about women’s golf morphing into what the men do but to draw on what works well from respective approaches.

The dissolution of the Women’s Committee came about because there was more confidence that the interests of women members would be fairly represented and that there would be benefits in operating as one club.

A gender balance on the main committee now gives women a stronger voice and an ability to contribute more fully in the decision-making process that impacts the experience of all members.

Mays spoke of the committee’s trepidation towards bringing in a quota to ensure equal gender representation.

“We were concerned that bringing in a quota could be problematic if we couldn’t attract sufficient women.” she said. “When we ended up with a majority of females I became worried that men would be underrepresented. We now have an aspirational statement for gender balance with a male/female minimum of 2.”

Now in its second cycle since the change, the committee now consists of three men and four women including the election of the clubs first female president!

“Jan, who originally sat on our women’s committee, is now the first female club president. We have learnt it’s about recognising a skill set, not just gender, and seeking the right person for the role.

“What we envisage for our club is for members to feel equally comfortable to be playing in a field that includes men and women, young and old, new and long-term members. Alongside this is the recognition that a culture of belonging and connection can be fostered by providing opportunities for members to gather in groups with other members with whom they identify. This means to be flexible in the ways in which we schedule golf and creative in running events that bring members together.”

With the change of committee structure came a merging of the men’s and women’s match committees. The match committee is now chaired by the club captain and includes male & female vice-captains (elected by members at the AGM) and one additional male and female who are appointed.

This committee has concentrated on further actions to promote gender equality in the club including addressing inequities in competition prizes and aligning events and playing conditions.

“Women have had a designated timeslot to play on a Saturday morning for years,” Mays explained. This timeslot forms part of a ‘special measure’, outlined in the Equal Opportunity Guidelines which enables women to play with other women. Aside from these reserved tee times, women also have equal access to all tee times for Saturday competitions.

The competition on Saturdays is now a medley competition with an equal spread of prizemoney across five grades (four men and one women’s grade). The best score of the day, man or woman, is awarded the overall prize. This puts women on a level footing with men in access to prizemoney on a Saturday.

“We have seen an increase in participation numbers along with women starting to play alongside their male counterparts including husband and wife, mother and son, father and daughter combinations,” Mays said.

“Again, we did have concerns about how these changes would be received by members but the majority of members have been very accepting. Now no one bats an eye if a female takes the main prize on the day!”

The club has seen big changes over the past few years, and like all change, there has been some challenges and learnings along the way.

Despite these challenges, the club is fully aware that by making golf a sport for all, they will benefit greatly – and already are. The list goes on and on in terms of proactive approaches to growing the club including the adoption of a women’s beginner programme and pathway, pennant mentoring programme and social play packages.

Mays and Sharrock share their advice for other clubs that are willing to take the first step towards positive change:

Barwon Valley has also signed up to become a signatory of the R&A Women in Golf Charter as a commitment to improving the outcomes for women and girls in golf to play, work and lead in golf.

Barwon Valley Golf Club wins a $500 Drummond Golf voucher and is now in the running to win up to $10,000 worth of products from the latest Callaway REVA product range, designed specifically for women. Golf Australia’s Visionary of the Year will be voted upon and announced towards the end of the year.