Slingsby Golf Academy is back for 2022! 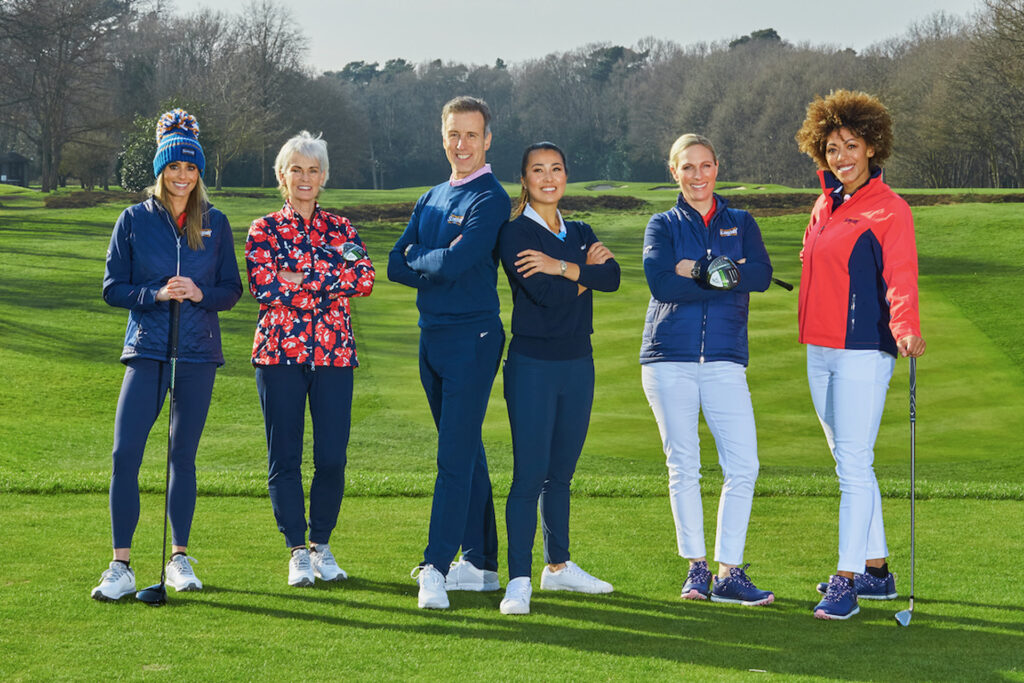 Slingsby Gin announces the 2022 all-female celebrity line-up. Aiming to inspire women around the world to take up golf as it launches its second series.

The Slingsby Golf Academy initiative created by Slingsby Gin, sponsors of the BMW PGA Championship, aims to inspire more women to get into golf and to champion the social side of the sport.

With support from Callaway Europe, the 2022 Slingsby Golf Academy inducts Olympic equestrian Zara Tindall, well-known tennis coach Judy Murray, Doctor and TV personality Zoe Williams and Sky Sports Boxing presenter Anna Woolhouse. These four celebrity cadets start their journey together as beginners and will work alongside PGA professional partners to get to grips with the game in just six months.

“Last year’s Academy was a resounding success, so we jumped at the opportunity for a second swing this year with four more brilliant cadets! Zara, Judy, Dr Zoe and Anna are incredibly inspirational women, who just like us at Slingsby Gin, are all extremely passionate about increasing female participation in sport.

“We are no doubt going to see amazing things from this year’s cadets who have already been out on the driving range and are showing a fun, competitive spirit! The social side of the golf is so integral to the game and it’s great that all four of our cadets get on so well and enjoy a well-deserved G&T in the clubhouse afterwards.”

“Sport is such a great place to be able to break down barriers. I am really excited to learn to play golf as part of this group, but also to hopefully show that wherever you start from, you can have a go and enjoy getting out and trying something new.”

“I live pretty close to Gleneagles, so I literally have 3 magnificent golf courses on my doorstep. Through the pandemic I watched people playing golf all day long in stunning scenery and that’s really what got me thinking that I should give it a go. I’ve cut down on work commitments lately, so I have more time to explore new things and I’m always up for a challenge. It was just the right time for me.”

“I think one of the big things is having that time out for myself, being a new mum and a busy working mum. Often right now it feels like I am juggling balls and spinning plates at the same time. For me, time out on the golf course represents a calm amongst the chaos… having said that, I know it is going to frustrate the hell out of me!”

“Women’s sport is going from strength to strength, and we’ve seen a huge rise in recent years, but it still has a long way to go.  It is initiatives like the Slingsby Golf Academy, that have a presence on TV and social media, that can give women’s sport a boost and a chance to grow at the grassroots level.”

In an exciting new addition to the series, the 2022 Slingsby Golf Academy will also feature golf enthusiast, dancer and TV star, Anton Du Beke, as series host and Inci Mehmet, golf broadcaster and former Ladies European Tour player, will return as a mentor to the cadets.

As well as encouraging more women to tee-off this summer, the cadets will also be competing for a spot in the BMW PGA Championship Celebrity Pro-Am on Wednesday 7th September. The BMW PGA Championship is one of the most high-profile tournaments in the UK, and year-on-year celebrities from the world of sport, film, music and broadcast come together to play the Championship’s star-studded Pro-Am at Wentworth Club, Surrey.

The cadets’ journeys will be captured in a six-part series which will showcase Zara, Judy, Dr Zoe and Anna’s progress and be shared on social media (@slingsbysocial) as well as clips being broadcast on Sky Sports. Each episode will capture the challenges and triumphs that come with taking up the game of golf.

Supported by England Golf and the PGA, Slingsby’s Golf Academy was watched by over one million people in 2021. The initiative has also been nominated for an Original Content Award after successfully inspiring more women to take to the course and celebrating the social side and camaraderie of the sport.

The first episode of the Slingsby Golf Academy will be available to watch on Slingsby’s social media (@slingsbysocial) from early April.