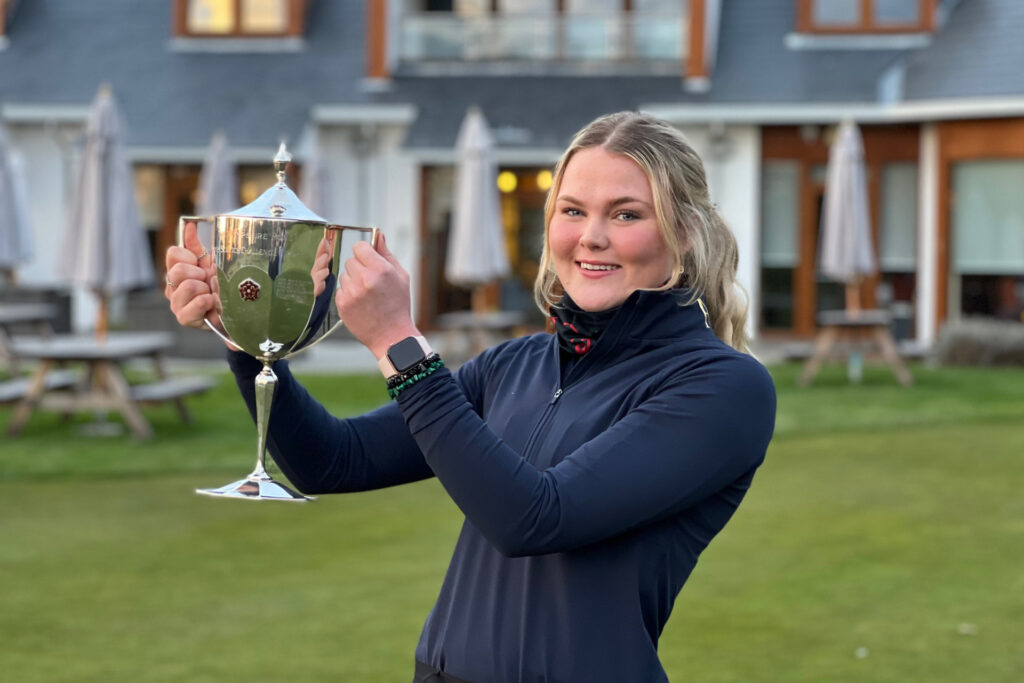 Luca Thompson added her name to the illustrious honours board of the Hampshire Rose after two birdies in the last three holes secured an impressive two-stroke victory at North Hants Golf Club.

Luca Thompson, the 19-year-old from Pavenham Park, Bedfordshire, joins an impressive cast of former champions, including Georgia Hall and Charley Hull, after finishing ahead of Ella Butteriss of Beaconsfield Golf Club and Danielle Hardwick of Perranporth.

The tournament was back after a two-year absence due to the Covid pandemic, and following a short early frost delay, the Hampshire Rose got underway on a cold but sunny day.

Luca set the pace with a morning round of three-under-par 70 and was tied for the lead coming down the stretch, edging ahead again with a birdie on the 16th and sealing victory with two towering shots to the heart of the 18th green to set up a closing birdie four.

“This is the first big event I have won and feels amazing. The greenkeepers did a great job, and it is such a lovely course. I played here in the Rose Ladies Series last year and I was pleased how I managed to put myself in the right places today and had a lot of good lag putts which was key to scoring. It’s a great start to the season.”

Focus at North Hants now shifts to the 64th playing of the Hampshire Hog taking this Sunday as an elite field of male amateurs look to add their name to a list of winners that includes Ryder Cup players, Major Champions and Justin Rose himself – the former World Number One golfer and past US Open and Olympic Champion, who won the Hampshire Hog as a 14-year-old in 1995.

View the full results from the Hampshire Rose here.