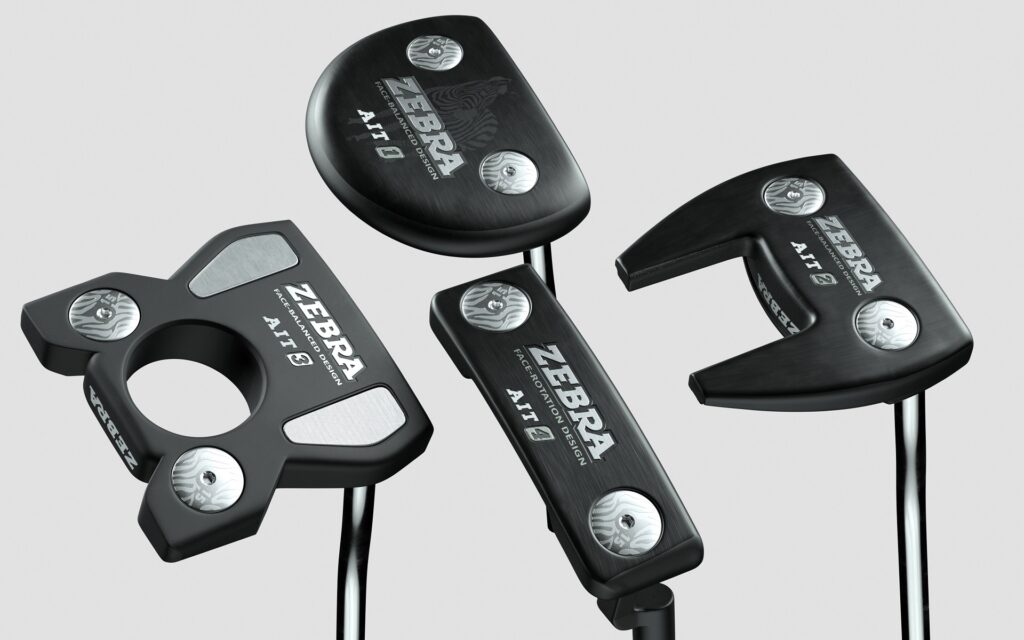 W&G member tests the latest Zebra putter. Will it outshine her 1976 Zebra?

The putter is the most personal club in the bag and some would say it's also the most important. Many golfers are reluctant to change. Could Women & Golf reader Barbara Lees be tempted?

Launched in 1976, the Zebra Putter was one of the most popular putters until its sad demise in the 1990s. In fact, in 2017, it was named one of the 18 most famous golf clubs in history by Golf Magazine.

After decades out of the limelight, the brand is now under new ownership and has undergone a complete makeover.

"In the Zebra putter range, we have designed all the models to have the perfect blend of all of the performance categories: alignment, forgiveness, weighting, feel, and roll, to help all golfers putt their best."

So, not one, but four, new designs of this iconic putter are available.

A choice of four Zebra Putters

The tour-proven, major-winning Zebra stripe alignment system is back and is accompanied by all new, innovative designs. The classic rounded mallet has elongated stripes, while other designs have complimentary fang lines or golf ball alignment circles to make these putters extremely easy to align to your target.

As a long-time Zebra putter lover, Barbara had to compare her trusty original 1976 version with the new 2022 rounded mallet. Here's what she found...

The first thing Barbara noticed was the head size and colourway. Her original Zebra is obviously showing some wear and tear but the new Zebra's alignment is much bolder and more contrasting with the body. The white line was also helpful in setting up the centre of the ball.

This new version of the original Zebra putter mallet has been enlarged to boost forgiveness. There is also a horseshoe weight feature on the soleplate to lower the centre of gravity and that definitely gave the putter a greater sense of grounding to the green.

An upgrade on the original smooth face sees the new version given a multi-material face insert.

The groove pattern gives the friction at impact needed to impart topspin to the ball and lower the launch angle. This action assists in maximizing ground contact during the roll’s skid phase.

It is the controlled and consistent skid phase distance that is important in controlling the putt’s overall distance.

The grip was a significant change for Barbara.

Her original Golf Pride handle was like a feather duster in comparison to the substantial Winn mid-sized pistol.

The Winn handle gave a better feel for the putter, particularly with its larger head.

Barbara felt there was a nice balance to the new putter but the increased weight seemed to lessen her control in her putting stroke. She felt this would just take time to get used to.

Initially, Barbara's putting was short of the target but once she got to grips with the weight, it dramatically improved.

The price of Zebra putters ranges from £159.99 to £199.99, with the AIT1 rounded mallet that Barbara was testing at £179.99. So, you are looking at a mid-range putter that ticks a lot of boxes. There are four different versions to suit all different putting styles. It's definitely value for money but there's no comparison against the 1976 version. If you were a Zebra fan it's definitely worth trying out.

Find out more about Zebra Putters via their website here

Thanks to Betchworth Park

Thanks to Betchworth Park Golf Club Pro, Joe Silence, for lending Barbara the putting green to do the comparison test.

If you are based in the Dorking/ Reigate area and need a few lessons or are new to golf please contact Joe. Joe also runs ladies beginner sessions and a Girls Golf Rocks programme.

Keep an eye out for upcoming Zebra inertia mallet review in a few weeks!

Barbara really enjoyed testing the new putter. It was a world away from her 1976 version - which, by the way, still does a great job. But the new version is much improved - balance, aligment, face technology, grip.

She is seriously considering an upgrade. 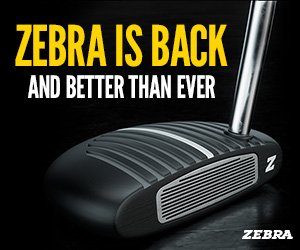 Golfstream Blue goes back to basics