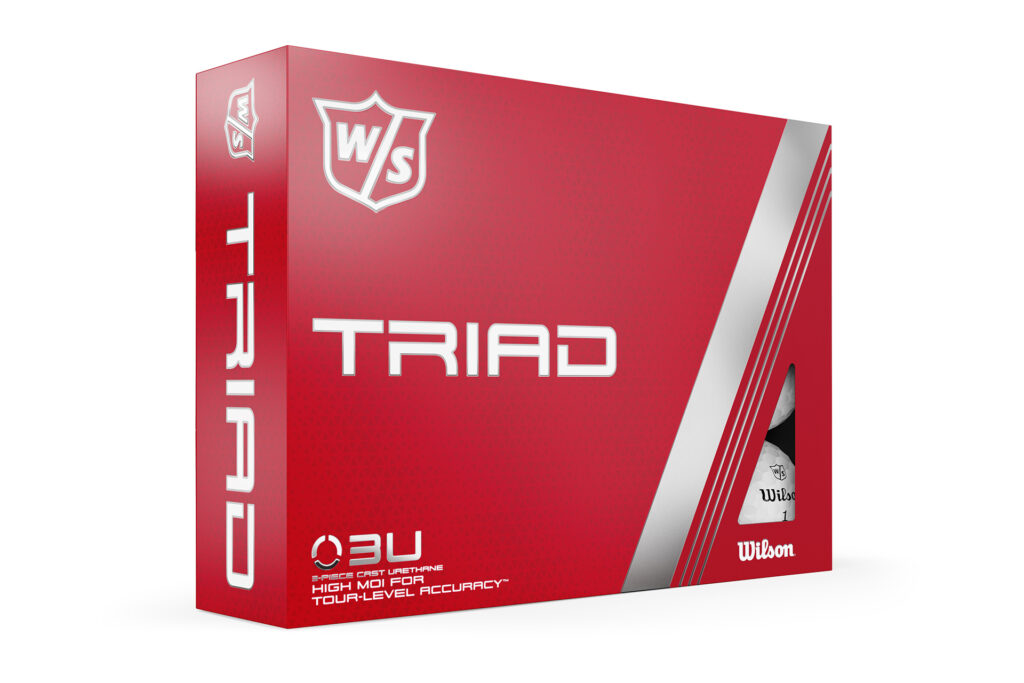 The game-changing Wilson Triad 3-piece golf ball is the most technically advanced golf ball the brand has ever produced. An exclusive construction produces a high MOI that reduces driver spin off the tee, while increasing speed through the shot for a long and stable ball flight intended to find fairways more often.

“We are very excited to introduce this innovative golf ball for a growing community of competitive players who want to take their game to the next level.

“The competitive golfer striving to break 80 is who Wilson Labs had in mind while engineering the T3 Technology of Triad, allowing for pinpoint accuracy from anywhere on the course.”

“Wilson engineers have come up with a very special Urethane golf ball designed to do everything a golfer is looking for - finding fairways, attacking pins and sinking putts.

“The results we’ve seen during our product testing have been incredible, with ‘best in class’ results for speed and distance off the tee and scoring and spin rates with irons when measured against the performance of eight rival golf balls currently on the market.”

To achieve the important higher MOI level, Wilson engineers moved the weight from the core to the outside of the ball. The precise transfer of weight not only increased the MOI, but helped achieve perfect balance within the ball that results in straighter shots into the green and straighter putts.

How much difference do golf grips make?