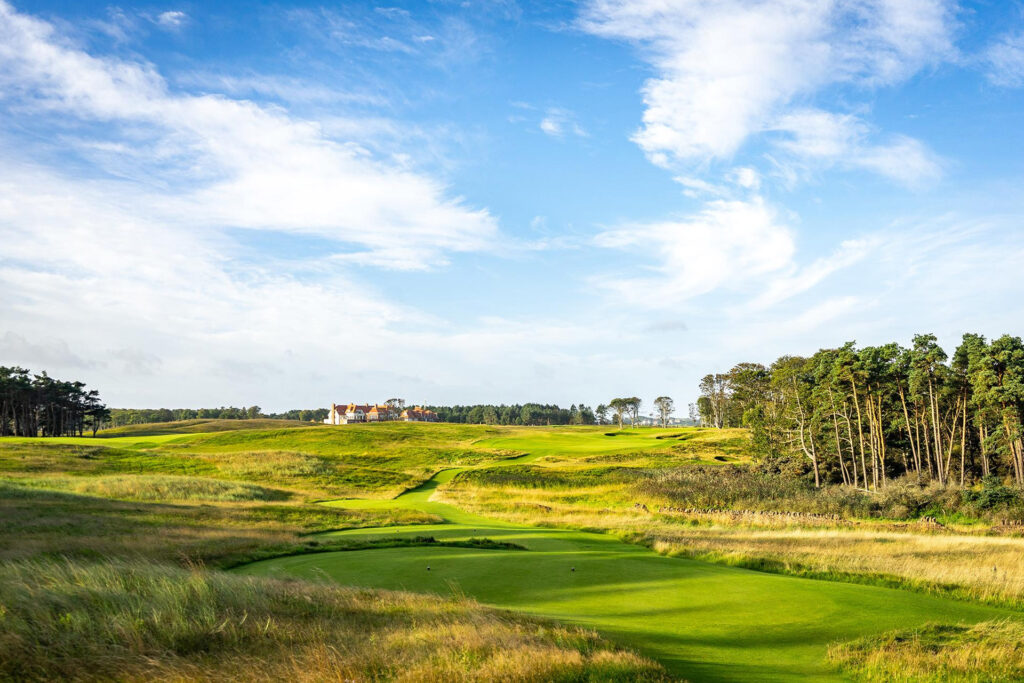 All the preparations for the Genesis Scottish Open are almost complete, it's not long before the world’s best male golfers arrive in East Lothian.

From July 7-10, the Renaissance Club will host the Scottish Open, the fourth year in a row, that it has staged the event and the sixth time in eight years that it has come to Scotland’s Golf Coast.

In 2015, Rickie Fowler triumphed at Gullane, followed in 2018 by Brandon Stone on the same course. Winners at the Renaissance have been Bernd Wiesberger, Aaron Rai and, last year, Min Woo Lee beat Thomas Detry and Matt Fitzpatrick in a play-off.

This year, the Rolex Series event is co-sanctioned by the DP World Tour and the PGA TOUR, the first time the Scottish Open has officially featured on the PGA TOUR’s schedule.

Players will compete for both Race to Dubai and FedEx Cup points. As a result, the event has attracted many of the best male golfers in the world. World number one Scottie Scheffler will return to East Lothian hot on the heels of his Masters’ success. PGA Championship winner Justin Thomas will play, together with his good friend Jordan Spieth. Whilst the new U.S. Open champion Matt Fitzpatrick will try to go one better than last year’s play-off.

Scottish Open is great preparation for The Open

Collin Morikawa, last year’s Open winner, will play too, and he has been quick to thank the Scottish Open for his subsequent Open success last year, saying:

“I owe a lot to the tournament for getting me ready.”

The following week at Royal St George’s, he won his second Major. With the 150th Open being held this year at St Andrews just a week later, there will be even more focus on the players as they look to perfect their links game and find form.

Former world number one John Rahm will also compete and Scottish favourite Robert MacIntyre will tee it up together with Justin Rose, Tommy Fleetwood, Hideki Matsuyama, Tyrrell Hatton and many more.

In a pause from the preparations, Billy Peterson, Chief Operating Officer at The Renaissance Club said:

“We are delighted to host this premier event for the fourth consecutive year, and we are excited to welcome so many of the best players in the world to Scotland’s Golf Coast. The golf course is in great shape, it will be a superb tournament.”

The region has the greatest concentration of links golf courses in the world and the Scottish Open week is a wonderful opportunity to showcase golf tourism in East Lothian. With a choice of 21 courses, the region offers a variety of golf from Top 100 bucket-list to great-value municipal links courses.

To offer some highlights, Musselburgh Links celebrates its 350th Anniversary this year, whilst Dunbar is an Open qualifier. The West Links at North Berwick, home to double-winning Solheim Cup Captain Catriona Matthew, boasts an excellent reputation. The three courses at Gullane are all a unique challenge, Old Tom Morris designed Luffness New and Kilspindie has stunning views of the Firth of Forth across to Fife and Edinburgh.

Newcomers on the coast include Archerfield Links and Craigielaw, and they sit beautifully alongside the region’s stalwarts including Royal Musselburgh and the Glen.

Duck’s Inn at Aberlady, the refurbished Marine North Berwick on the West links, the Watchman overlooking the Gullane courses and Garleton Lodge, which affords wonderful views across the Forth and surrounding East Lothian countryside, all offer excellent accommodation options.

Take the girls to The Point

May deals at The Machrie

Amazing destinations for your next golf break