WPGA Series: Martindale defies the elements to win at Ormskirk 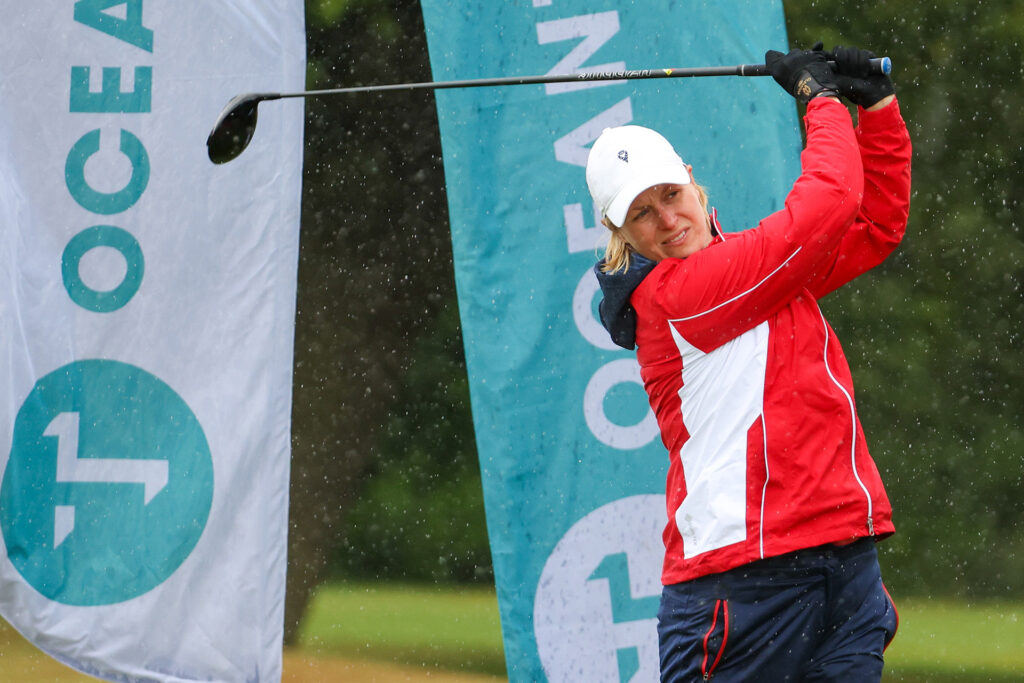 Marie Martindale made her long journey from north London to Lancashire worthwhile by winning the latest event in the OCEANTEE WPGA Series at Ormskirk Golf Club.

In doing so, the pro from Hampstead Golf Club defied the damp conditions to post a one-under-par round of 72 to win the tournament.

She needed a birdie at the last, however, to prevent Manston Golf Centre’s Keely Chiericato sharing first place with her.

Chiericato, who is scheduled to play in this week’s Rose Series events at nearby Royal Birkdale and Hillside, also birdied the last to finish on level par, a shot clear of the host venue’s Ali Gray.

Not only was Martindale’s birdie putt on the 18th timely, it also was at odds with that aspect of her game of late. She said:

“I’ve been disappointed with my putting – that seems to have been the main issue all year. Looking at stats of 35 or 36 putts kill me when I’m only one or two-over.

“I’m hitting the ball lovely but having three three-putts today is a bit galling. But it was a good finish with a birdie – I holed a nice putt so that was a bonus.”

Another bonus for Martindale was the condition of the course. She added:

“The course is amazing despite the rain. It’s in really good condition and held up really well with the weather – there was a lot of rain overnight as well as today. It’s a credit to the golf club to get it looking so good.”

Martindale’s victory has promoted her to third in the Order of Merit on 18.50 points, nine and a half behind the leader, Studley Wood Golf Club’s Maria Tulley. Chiericato is sandwiched between them on 24.5 points.

About the OCEANTEE WPGA Series

Earlier on in the year OCEANTEE announced a partnership with The PGA becoming Headline Sponsor of the new-look WPGA Series, which will be re-branded to the OCEANTEE WPGA Series.