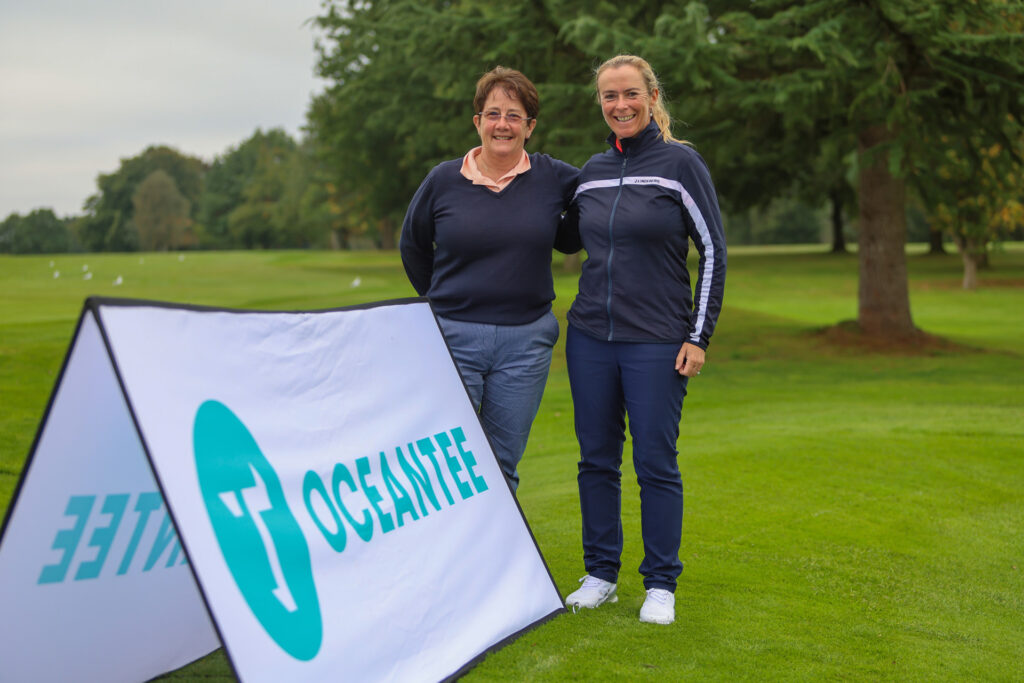 Alison Nicholas reprised a shot from her US Open-winning repertoire to claim a dramatic victory for herself and partner Suzanne Dickens in the OCEANTEE Vivien Saunders WPGA Fourball at Trentham Golf Club.

The pair, who won the tournament at Copt Heath in 2018, needed a birdie at the par-five 18th to force a play-off with Maria Tulley and Marie Martindale in the better-ball format event.

However, Nicholas, winner of the US Women’s Open in 1997 and twice captain of the European Solheim Cup team, proceeded to go one better at the Staffordshire venue.

Her approach to the green, executed by a gap-wedge from some 90 yards away, bounced once before nestling in the hole for a tournament-winning eagle.

The shot ensured the pair posted a six-under-par round of 67 and, reflecting on the shot, Nicholas said:

“I knew at least a couple of teams would shoot well under par. And although we’d played pretty well, we hadn’t holed many putts, so I knew I’d have to knock it close.”

For Dickens, given what had gone before, her partner’s super shot was a case of good golfing karma.

“We actually played really well, especially on the back nine,” added Dickens, a member of the 2019 Great Britain and Ireland WPGA Cup team.

“We had birdie chances on almost every hole. We recorded three in four holes and had a couple of putts that shaved the lip. To be fair, we deserved that eagle, so it was great when it went in.”

The victory, in what was the last WPGA event of a campaign supported by OCEANTEE for the first time, topped what was a perfect day for the pair.

“The course was in excellent condition and the greens were superb.

“We’ve had a great day. It’s been fun and we’ve been looked after by The PGA, Trentham Golf Club, and OCEANTEE.

“Their support for us is massive. It’s given us that impetus to want to go and play and it’s great to have their backing. We’re really grateful.”