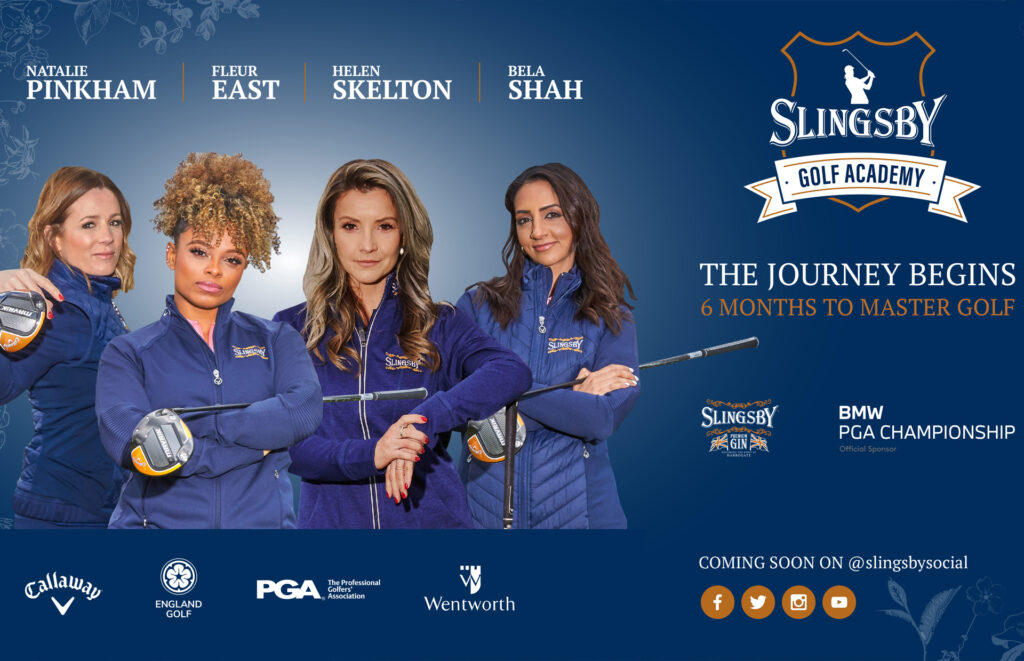 The Slingsby Golf Academy follows four celebrities as they learn to play golf for the first time and try and get their game in shape over six months.

Slingsby’s Class of 2021 includes singer-songwriter Fleur East, TV presenter Helen Skelton, Sky Sports Formula 1 presenter Natalie Pinkham and broadcaster Bela Shah into the Academy. Their challenge is to learn how to play golf before competing against each other in a nerve-wracking play-off to qualify for the BMW PGA Championship Celebrity Pro-Am.

The winner of the Play-Off, taking place over Wentworth’s East Course the week before the BMW PGA Championship, will also receive a £5,000 bonus cheque from Slingsby to donate to a charity of their choice.

In Part 1 below we saw Fleur East and Helen Skelton play their first 18 holes, and now it's time for Natalie Pinkham and Bela Shah to fill out their first scorecard, and they soon learn that it's very different to the driving range!

The Slingsby Golf Academy cadets need to keep perfecting their drive and working on that chipping and putting as it's now less than THREE weeks until the big play-off to see which of these four ladies will take that one spot in the BMW PGA Championship Pro-Am in September.

The Slingsby Golf Academy Cadets are several months into their golf journey and it is time for their attention to turn to playing on course. Part 1 sees Fleur East and Helen Skelton team up to play in their first ever golf day. Their PGA Pros are there for support. They are going to have to get used to this pressure if they are going to be ready to play in the BMW PGA Championship Pro-Am.