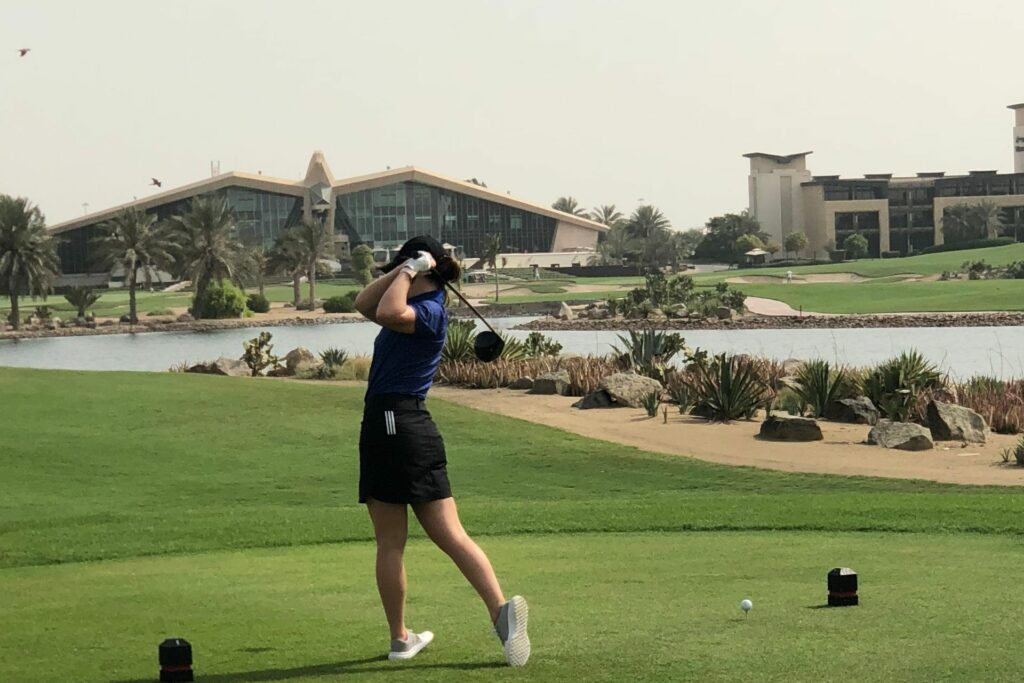 As part of Women & Girls Golf Week, I think about exactly #WhyIGolf and the life lessons I’ve learnt along the way.

It’s Women & Girls Golf Week this week; an England Golf campaign that celebrates the success of females in golf and challenges the negative perceptions of the game.

Each year, it sparks thousands of really important conversations about golf – from career opportunities to the health and emotional benefits of playing the game – all under the hashtag, #WhyIGolf.

As an advocate for women’s golf, I was all ready this week to start preaching about why more women and girls should get into the game. But if I’m being totally honest, I felt like a bit of a fraud as soon as I started typing.

I could probably count on one hand the number of games I’ve played this year and my commitment to practicing has dwindled down to next to nothing.

Between the pandemic, work and rescheduled plans this year, I’ve been finding it hard to play as much golf as I’d like to.

I’ve hardly even been to the driving range. I actually don’t mind practicing – headphones in, focus on nothing else but hitting the ball for a while. It’s just that I’m far less inclined to carve out the time to actually go to the range if I know I’m not playing any time soon.

Then when I eventually do play golf, I feel like my arms don’t belong to my body and I’ve got the touch of a fairy elephant around the greens.

It’s a vicious cycle I’m sure a lot of you are all too aware of:

Step 2: Play badly when you do eventually play

Step 3: Wonder if it’s possible to throw your golf clubs off the face of the earth

Add to that the typically rubbish British summer we’ve been enjoying this year (where is this August heatwave?!) and it’s safe to say that I’ve almost fallen out of love with the game.

“Golf is the closest game to the game we call life”

Researching something earlier in the week I stumbled across this well-known quote from Bobby Jones – an American amateur and one of the most influential figures in the history of the sport:

“Golf is the closest game to the game we call life. You get bad breaks from good shots; you get good breaks from bad shots — but you have to play the ball where it lies.”

And it got me thinking.

I owe so much to golf: my degree and my career being the most notable.

I’ve made lifelong friends through the game. And I've met people I’m sure I wouldn’t have had the opportunity to meet otherwise.

I’ve even cured a fair few hangovers with a game of golf.

But what it did make me think about is how many life lessons I've learnt since I've been playing golf.

So that’s #WhyIGolf and why I’m so passionate about the sport – even if I don’t get to play as much as I’d like to.

How to be greener on the greens

Can Infrared Technology improve your game?

Christmas gifts for golfers: For him