Sarah Bennett: A humbling experience at the BMW PGA Championship 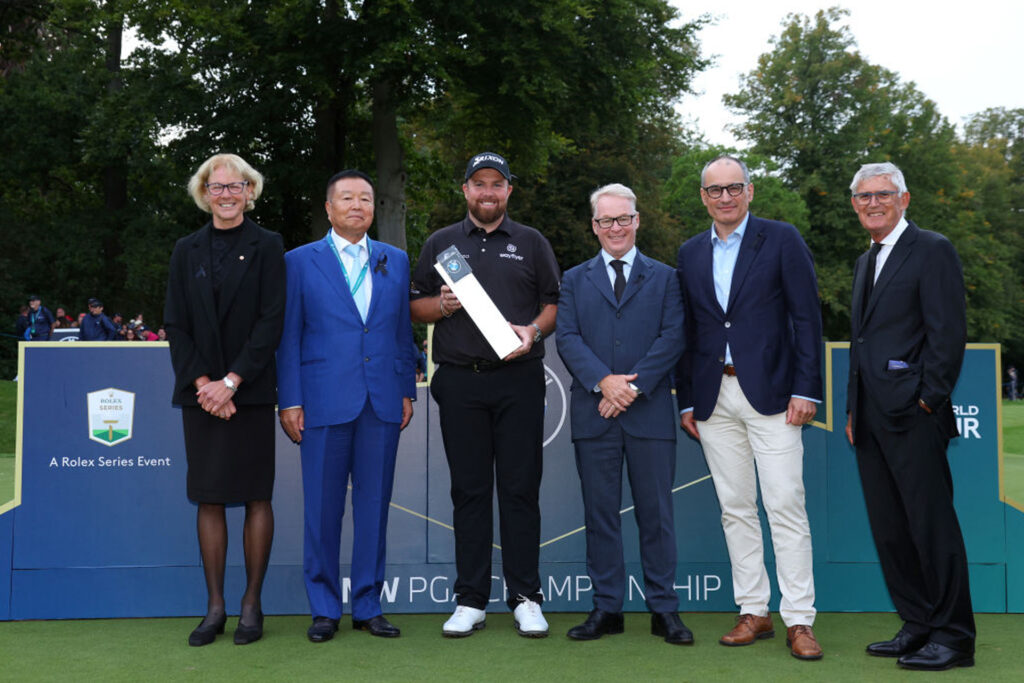 In her third blog for Women & Golf, PGA Captain Sarah Bennett talks through a busy and emotional week at the BMW PGA Championship

The BMW PGA Championship at the wonderful Wentworth Club in Surrey provided one of the highlights of my year as the Association’s Captain.

The week is a family affair featuring a star-studded line up of pros from the DP World Tour who, as well as playing in the tournament, can be seen practising their short games and, equipped with their launch monitors, striking the ball incredible distances.

My main role during the week was to be in the presentation party on the 18th green which, in itself, was a huge honour in welcoming the newly crowned champion, the ever popular Shane Lowry.

However, a surprise invitation came my way in the shape of presenting two major champions - Rory McIlroy and Matt Fitzpatrick – plus Tyrrell Hatton and Tommy Fleetwood with PGA medals relating to their performances in the 150th Open at St Andrews.

All players have tight schedules to keep during the week and they are carefully managed. So much so that a great deal of planning is involved to ensure their needs and commitments are met.

Players have their preferences regarding preparations during a tournament week which, in addition to their on-course and practice, may include sessions in the gym. Moreover, their clubs will be carefully monitored and checked with the major manufacturers on site ensuring grips, lofts and lies and any bounce alterations are made to suit the course and conditions.

The pre-tournament pro-am is hugely important for the supporters and sponsors and I was fortunate all four players - McIIroy, Fitzpatrick, Fleetwood and Hatton – were involved in the morning session. This made arranging the presentations a little easier although we were mindful that their other media interviews and sponsor commitments needed to be taken in to account.

A day in the life of a tournament pro is not quite as straightforward as it may seem so, after arriving at the course in mid-morning ready for a lunchtime presentation I was prepared for all eventualities. I certainly did not have the commitments of a leading player when on Tour myself but appreciate the meticulous organisation required these days.

However, the afternoon ran like clockwork with my first handover involved presenting the Braid Taylor medal. Introduced in 1966 and named after two of The PGA founders, James Braid and J H Taylor.  This was awarded to McIlroy who was the highest placed PGA Member in 2022 The Open born in, or with a parent or parents born in the UK or Ireland.

The other medals presented relate to the Tooting Bec Cup, the oldest trophy played for by PGA Members. Originally a competition for a cup that began in 1901, the criteria for winning it has changed and medals are awarded to the PGA Members who post the best scores in the Open.

With regard to this year’s Open, McIIroy, Fitzpatrick, Fleetwood and Hatton each posted rounds of 66 to qualify for a medal. In addition to handing the medals over, it fell to me to explain their provenance and it was gratifying all the recipients were fascinated.

Finally, the trophy presentation ceremony on the 18th green on the Sunday rounded off a week full of mixed emotions, not least due to the sudden and sad news of the passing of Queen Elizabeth II.

To hear Keith Pelley mention me during his speech for my role in representing The PGA was very humbling and was the climax to a week I will never forget.

Read Sarah Bennett's second column - What the role of PGA Captain means to me here.