Industry insights: Being a woman on the board 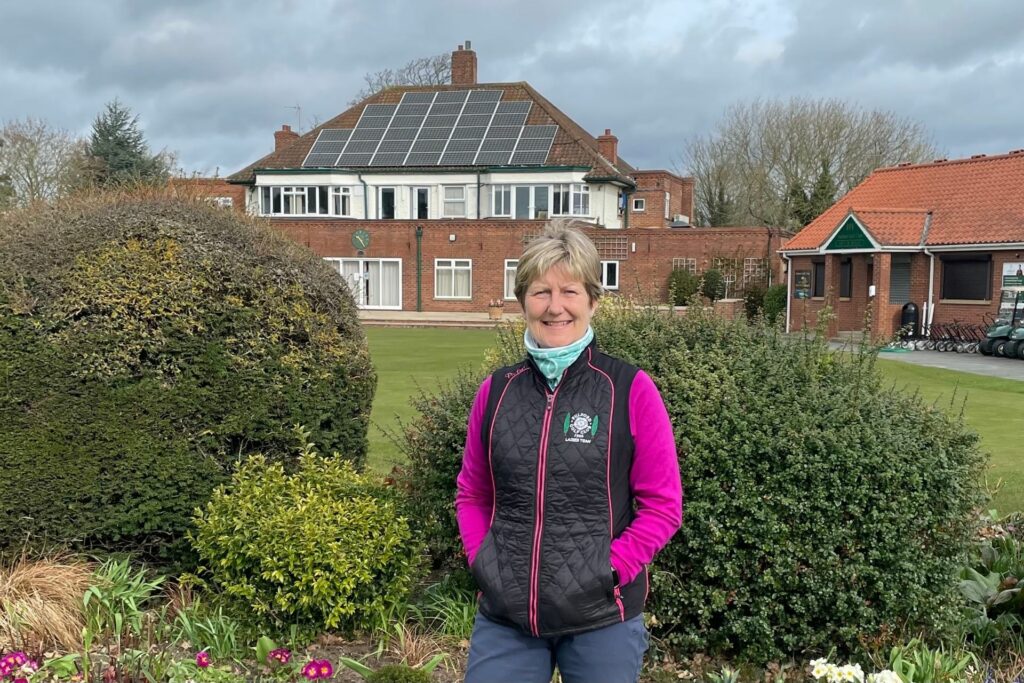 Tracey Maddison, Chair of Greens at Fulford Golf Club, tells us what it’s like to be a woman on the board and shares her insights on getting more females on the fairways.

It was hard not to be inspired by the Solheim Cup last weekend. The excitement. The drama. The teamwork.

It was goosebumps, edge-of-your-seat kind of stuff.

Whether you’re into golf or not, it was impossible not to get whipped up in all the excitement as Team Europe lifted the trophy. It kicked a lot of misconceptions to the curb, but – perhaps most importantly – it proved that golf is about so much more than just the game itself.

In our most recent series of articles, we’ll be speaking to female leaders in the industry to showcase the depth of opportunities there are for women in golf; from bunkers to the boardroom.

This week, Tracey Maddison, Chair of Greens at Fulford Golf Club, tells us what it’s like to be a woman on the board and shares her insights on getting more females on the fairways.

I started playing golf from about the age of 10. My dad was really keen and he used to take me along to a little 11-hole golf course, not far away from where we lived.

I played in my first competition when I was about 12, and I won. When we went into the clubhouse the ladies all went into the ladies lounge, and I couldn't understand why my dad wasn’t allowed in to watch me pick up my trophy. I remember, he stood up some bricks outside and watched me through the window. That’s one of my oldest memories of the game.

Can you tell us a little bit about your career leading up to what you’re doing today?

I had various jobs and I went travelling for a year, backpacking around the world. Then in 1998, I worked in an admin role at BIGGA, the British and International Golf Greenkeepers Association. I had really stopped playing golf before then but took the game up again and I was there until 2002 when I changed roles and started working for the Institute of Physics and Engineering in Medicine.

A few years later, I bumped into the then Chief Executive of BIGGA, John Pemberton. He said they were restructuring and wanted somebody to drive membership forward and asked whether I’d be interested in going back. So I went back and ran the membership department for a while and then John retired and I became the General Manager while the new Chief Executive took over.

The biggest thing for me was always working with the greenkeepers and trying to make the world a better place for them and get golfers to understand just what a tough job they've got.

I left BIGGA in October last year, and as golf became a hobby again, rather than a job, I started getting more involved at my golf club, Fulford. What I realised then though was how much I missed working with the greenkeepers.

Then one day I was playing with the Captain, a good friend of mine, and she asked whether I’d be interested in joining the Board of Directors. She thought my experience and knowledge would come in handy so I applied. I was one of seven applicants and was voted on the board by the members, then I was asked to consider putting myself forwards for the Chair of Greens role. And here I am!

Are you the first female to sit on the board at the club?

I’m the first female Chair of Greens, but we actually have a female President and a couple of ladies on the board. We also have a joint captain’s role at Fulford; so instead of a Men’s and Ladies’ Captain, we have two Club Captains.

I think that change in terminology is really important. It’s a habit to say things like ‘Chairman’ but we’re working hard to change that and use more inclusive language like ‘Chair of Greens’.

The more we use language like that, the more it just becomes second nature.

You’re obviously very well qualified to be Chair of Greens! But what is it like being a female on the board?

One of the first things I did when I took over as Chair of Greens was to meet as many of the members as I could. I knew most of the ladies, but I didn’t know a lot of the men because before that I’d only ever really played at the weekends.

So, on the Men’s Captain’s day, I stood on the first tee for six hours introducing myself and talking to the men.

I also introduced a member's walk to show everyone what we’re working on on the course.

That really helped me to feel comfortable in the role.

Do you think there should be more representation of women on boards and in management positions at golf clubs?

Definitely. I think a lot of women are apprehensive about getting involved. I know I was, and I've got a quite a good background! A lot of clubs are run by men with fixed mindsets. That just needs to be broken down a little bit.

Women make up 50% of the population and we've got something to offer. Females bring a different perspective and different ideas. And sometimes, we don't always look from the same angle, and it's nice to get a different input.

Ultimately, golf can be played and enjoyed by anybody and that needs to be represented more.

What would you say to someone who wants to get more involved at their club?

Go for it and don't be frightened. You have to put yourself forward and help to drive change.

There are a lot of women golfers and the women’s game is definitely growing, but a lot of clubs are entrenched in their outdated views because so many of them are run by men.

You were part of the greenkeeping support crew at Gleneagles for the 2019 Solheim Cup – what was that like?

It was incredible. To see first-hand what is involved in the preparation of a golf course during a tournament of this level was an amazing experience. Living in ‘bunker bins’, making every 5am team briefing and watching the crew work together as one unit with the Golf Courses Manager driving it all was an experience I will never forget.

How important do you think initiatives like the Women in Golf Charter are for women’s golf?

Really important. Golf can be very intimidating and women are often frightened of going through that golf club door because you don’t really know what’s on the other side. And then when they do get, what’s next? What’s their path into the game?

As the Women in Golf Charter ambassador at Fulford, that’s what we’re working on: developing a clear pathway into becoming a golfer. We’re starting with our Academy and beginner lessons and giving people an opportunity to build up from that.

What do you think about gender neutral tees?

The idea of men’s and ladies’ tees has always confused me to be honest. If you go skiing, you have routes that you can go down. You don’t have to be a man or a woman, you just choose one that suits your level of skill.

In golf though, having men’s and ladies’ tees is just something that has become conditioned. Whenever I go to a golf club, I just naturally play off the reds because that's the label they’ve been given.

When I stood on the first tee at Captain’s Day and listened to some of the men complaining about the rough in front of the tees, I said to them: “If I gave you a choice, would you play a course that was 5,911 yards long?”. So many of them said yes, but when I said, well, we’ve got one here, they all just looked back at me blankly.

That's just got to be wrong, hasn't it?

For me, it should all be about ability.

I think everybody would enjoy golf better if they played off the tee that was suited to their level of skill.

What do you think we should be doing as an industry to attract more women and girls into golf?

I think fundamentally it starts with the golf club. Governing bodies can bring in as many campaigns as they like, but unless golf clubs really buy into them, then we’re only ever going to chip away at the problem very slowly.

Do you work in the golf industry? We want to hear from inspiring women like you! If you have a story to tell, we’d love to share it with our readers. To get in touch, please email [email protected].