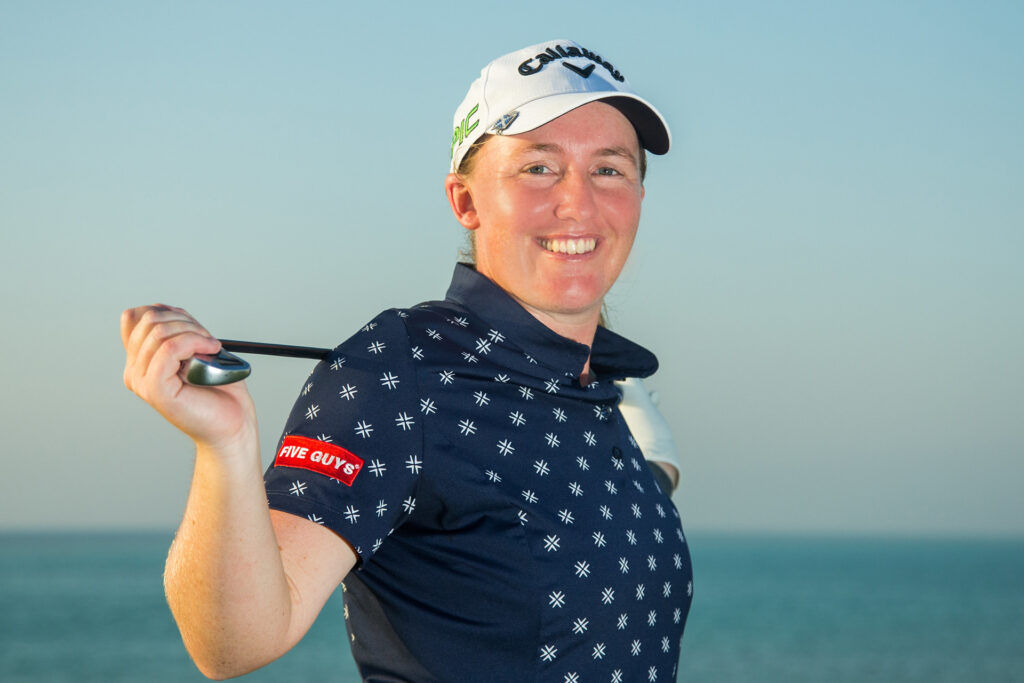 Women & Golf Tour Ambassador Gemma Dryburgh reflects upon her season from the LPGA to Rose Ladies Series to Q-Series and everything in between.

The year started with a lot of uncertainty as I began the season with limited LPGA status. Although I had finished in the top 100 in the CME points list in 2020, due to Covid it did not count.

The Symetra Tour is the feeder tour to the LPGA, the top 10 on the money list at the end of each year receive full status onto the LPGA. I played in five Symetra events this season with my best finish being a T5th finish at the IOA Championship in Beaumont, California.

My first LPGA event of the season was the LOTTE Championship in beautiful Hawaii on the island of Oahu in April. I have been lucky enough to play in the event two times before and it is one of my favourite events to play as the scenery and beaches are unbelievable. Although I wasn’t able to make the cut in Hawaii, it was still an amazing first LPGA event of the year.

The next LPGA event I got into was in May at the Pure Silk Championship at Kingsmill Resort in Williamsburg, Virginia. Another one of my favourite events on the schedule. The pressure was on as this was the last event before the first reshuffle of the year.

There are two reshuffles during the season. The reshuffle includes everyone who qualified through Q-Series the previous year and any category below that. The reshuffle allows players with limited status to move up the priority list based on their current year’s performance. The better you play at the beginning of the season, the more you can improve your status to help you get into more events for the remainder of the season.

A defining moment of the season

During the Pure Silk event, I was right around the cut line on Friday. Coming down the last hole, I knew I needed a birdie to finish to even have a chance to make the cut. On my final hole of the day, which was the ninth, the pin was tucked on the right-hand side of the green behind a bunker. My second shot ended up going right at the pin, but it caught a downslope and ended up at the back of the green. I had to make a 60ft putt and it was a big breaker too. The future of my season rested on this putt and thankfully I made it! My caddie and I went crazy as we knew that gave me a chance of playing the weekend.

We then had an agonising wait all afternoon to see if my score would be enough. Fortunately, it was. If that putt hadn’t gone in, I would have played the Symetra Tour for the rest of the season, but having made the first reshuffle of the season I would have more opportunities to play on the LPGA.

My next season highlight was at the ISPS Handa World Invitational at Galgorm Resort in Northern Ireland. The ISPS Handa World Invitational is a unique event as it is co-sanctioned by the LPGA, Ladies European Tour, and the DP World Tour (formerly European Tour). There are separate men’s and women’s events, but the groups go out alternating between the two with a men’s group followed by a women’s group and so on.

I lead the tournament after the first round with a first round 66 and kept myself in contention into the weekend. Over the weekend I slipped down the leaderboard slightly and ended up finishing T17th, but I was very happy with how I performed, and it gave me a lot of confidence in my game for the rest of the season.

After the event in Northern Ireland, I was lucky enough to receive an invite to the Trust Golf Women’s Scottish Open thanks to Visit Scotland.

In the week between these events, I played in the Rose Ladies Series event at JCB Golf and Country Club which was also the pre-qualifier for the AIG Women’s Open. JCB is an amazing golf course and I played really well that day shooting -1 which put me in a tie for the lead with Becky Brewerton.

I won on the second play-off hole after holing a 40-foot putt from off the green. This was my third Rose Ladies Series win, having won twice in 2020. I also played at the Scotscraig event where I finished T4th. I can’t thank Justin and Kate Rose enough for what they have done to help the women’s game over the last two years.

Finishing off my British summer swing

It was then a short journey to Dumbarnie Links and the Women’s Scottish Open. I always look forward to the Scottish Open as my family can come and watch me play which is always special.

Carnoustie holds a special place in my heart as my grandparents used to live there and I grew up visiting them there so to qualify to play in the AIG Women’s Open at Carnoustie was extremely special. My family and friends were able to come and support me that week too, so it was a very special week for me.

Back to the LPGA

Following the summer swing in Britain, I returned to the US to play the LPGA Cambia Portland Classic. I started off the week very well with a 68 which gave me a tie for the lead after the first round and I followed it up with a 69 to be one behind Jin Young Ko heading into the final round. This was the first time I had ever played in a final group before, and it was alongside the current world number two Jin Young Ko and Solheim Cup star Carlota Ciganda. What more could you ask for! I was extremely nervous and unfortunately shot a 76 in the final round, but I learnt so much from the experience and ended up with my best finish of the season with a T8th place.

My top 10 finish in Portland gave me hope of keeping my LPGA card with two events to go. I was sitting just outside the top 100 on the CME points list but unfortunately, I didn’t have that final push and finished 115 on the CME which meant I would have to go back to LPGA Q-Series to try and get my full card back for 2022.

Going back to Q-School is never nice, but considering I had limited status at the beginning of the season I was proud of the way I played myself into a position to potentially keep my card with only 12 LPGA starts throughout the year.

LPGA Q-Series is a gruelling test of golf over eight rounds. This year we played in Alabama at two different venues, both courses are on the Robert Trent Jones Golf Trail which has some fantastic courses. The first week consisted of four rounds over two golf courses. The top 70 and ties would make it to the second week. I played some of my best golf tee to green I have ever played that week where during the second round I hit every green in regulation. Not quite Jin Young Ko’s 63 greens in a row standard, but an achievement non the less. I finished the week with a 65 which catapulted me up the leaderboard to finish the first week in T11th place.

The second week of LPGA Q-Series we moved three hours away to Dothan, Alabama. Having ended week one on a high, I was feeling confident with my game. The nerves were still there, but I knew I could get the job done if I just trusted in my game and let myself play. Throughout the second week, I stayed very steady and finished even par for that week which left me at -9 for the two-week total and in T22nd place overall. The top 45 and ties receive full status for the 2022 LPGA season so I could not be happier to secure my full playing rights on the LPGA again!

I would like to give a big shout out to my team for all their support this year. My family, my swing coach Lawrence Farmer, my putting coach Nick Soto, my trainer Rich Sturla, and my performance coach Jayne Storey.

I’d also like to thank my sponsors, Roger Taylor with Five Guys who have been supporting me for the last four years and St Andrews Brewing Company who have just joined my journey at the end of this year. I was very excited about partnering with them as they are huge supporters of golf and especially of the women’s game. And lastly, I’d like to thank my home course, Beaconsfield Golf Club, for all of their continued support.

I cannot wait to get started with the 2022 season at the end of January. I will be going into my seventh year as a professional which is crazy to think about but hopefully, it will be my best year yet!