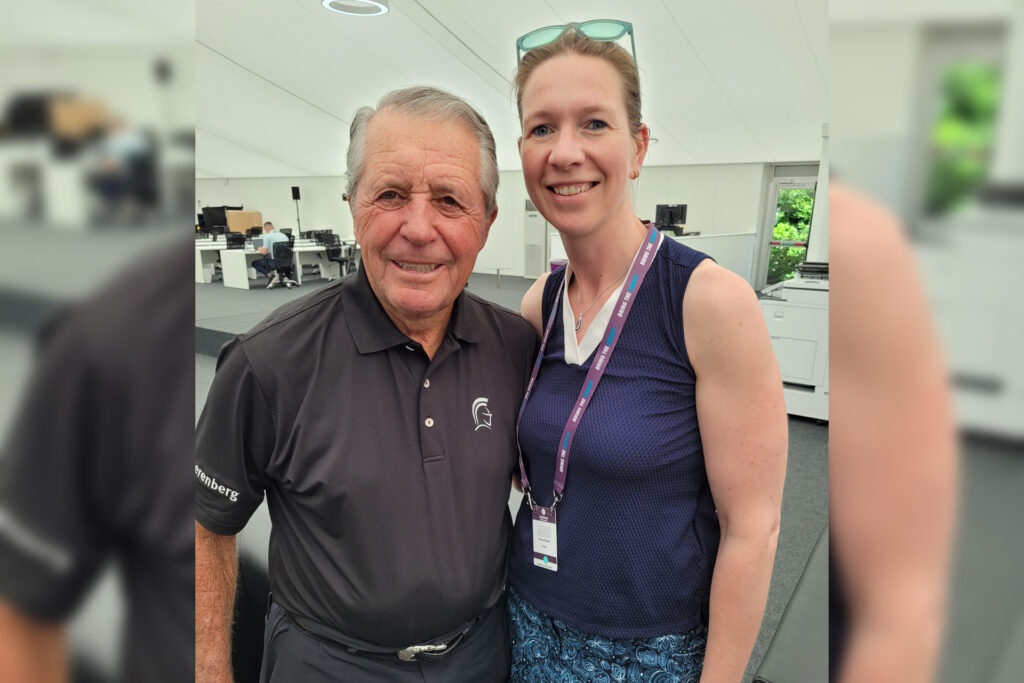 Golf legend Gary Player is not against the LIV Golf series but he says players can't have their cake and eat it.

Gary Player was on the ground at the Ladies European Tour Aramco Team Series (ATS) event at Centurion in his capacity as a Golf Saudi Ambassador on Friday. We got to sit down with him and hear his views on the state of the world of golf and why he believes women’s golf is in a strong position.

We kicked off by talking about Linn Grant’s win at the Scandinavian Mixed:

“I don't spend a lot of time watching TV, but it so happened that I watched her play her entire round. Oh my goodness me. She played phenomenally, it was tremendous. It was so impressive and so good for people, young girls and women to see that.”

Player saw the criticism around the different tees at the event and very much feels that the focus should be on the positives, he said:

His love of women’s golf has a lot to do with having four daughters, plus his wife was an accomplished golfer too. He has a real admiration for the professional women’s playing ability:

“When you play with these girls, they're not good. They're outstanding. Outstanding.”

Obviously, Player is fully behind the ATS which is now part of the Ladies European Tour for a second year. He explained his Golf Saudi Ambassador role:

“I was hired by Golf Saudi to promote women's golf in Saudi, promote junior golf and build golf courses. In Jeddah, it was so enlightening to see 1000 women starting to play golf, and of course, they will introduce more. Once you get a taste of it, you are hooked for life.

“To see the Aramco Team Series with five $1 million tournaments. It's fantastic and growing and growing. For me, it's just fantastic.”

The talk then unsurprisingly turned towards the men’s game and specifically the potential impact of the new LIV Golf tour. Something that Player has strong feelings about:

“The problem that's happened with LIV Golf and the PGA Tour is the confrontation, whatever your opinion is about the tours, the confrontation is not good for the game. Golf went through and is still going through a surge, particularly over Covid, like it's never had before.

“We have damn wars because of difference of opinions and no communication. It’s the only thing I don’t like to see is confrontation.”

Asked whether the LIV Golf series could live alongside the PGA Tour and DP World Tour, Player was quick to point out the players should have freedom.

“You should have the freedom to do what you want. Let the LIV tour have their tour, let the Americans have their tour. If the guys want to go and join LIV then that’s their choice. But you can't have your cake and eat it. You have got to go with one or the other, if you want to go with the LIV, go with it.

“But if you leave your tour and you resign, don't say I want to come back and be part of the tour. Do one of the two and that's fine. I take no objection to that.”

Finally, we touched on the enjoyment of the game and whether he enjoys playing golf more now than in his competitive days on tour.

“I might love it more now than I ever loved it because when I was younger playing golf, I was very irritable. The more irritable you are, the more you focus.

“I'm playing for fun but I'm still competitive. Not to the degree I was obviously. I'm still exercising, eating well, I'm a great believer in fasting. Love to laugh. I laugh all day.”

What is the LIV Golf Invitational? Find out more here.