What happens when women outnumber men? 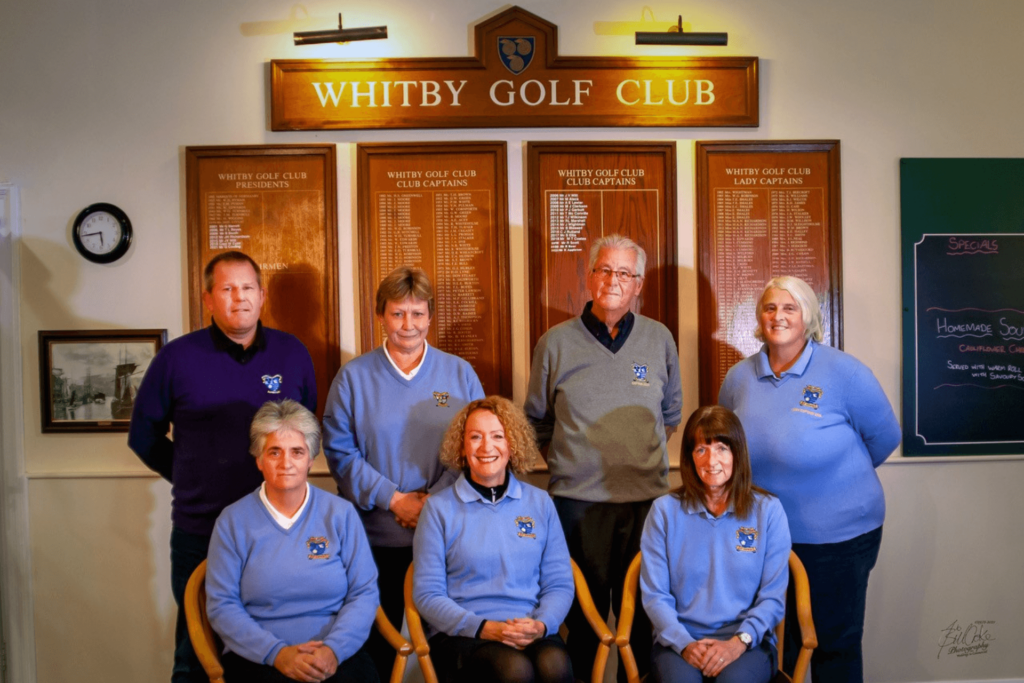 As part of our Inspiring women in golf series, we speak to Karen Fellows, Director of Golf at Whitby Golf Club.

Karen is one of four women – out of six members in total – currently sitting on the Board of Directors at the club.

Plus, the Board Secretary is female too.

Impressed? So are we.

In any setting, it’s not often that there are more women than men sitting around the table in a boardroom.

But in a golf club?

It’s almost unheard of. So of course, we couldn’t wait to speak to Karen as part of our Inspiring women in golf series to find out what really happens when women outnumber men.

I’ve said it a lot in the past, and I stand firmly by it: the only way golf will change is when women start leading that change from the inside.

That’s not me talking as some extreme feminist, far from it. That’s me talking as someone who appreciates the different dynamic that comes about when men and women work together: Different perspectives, fresh ideas and new ways of thinking.

And the women on the Board at Whitby Golf Club are proving exactly that.

Karen Fellows, Director of Golf, Amanda Ing, Director of Finance, Alison Leslie, Director of Greens, Jane Hale, Lady Captain, and Ali Higgins, Board Secretary, have all played pivotal roles in pulling Whitby Golf Club from the brink, turning it into a thriving club with an even more promising future.

It’s time to follow suit and invite more people to the party.

First, what’s the process to become a board member?

The club was in a position where things were going quite badly. People were getting frustrated, and the club was close to financial collapse.

The ladies who were voted on the board are all very proactive, they’re all from different backgrounds and they have lots of experience between them; I was a PE teacher, our Director of Finance, Amanda, used to work for M&S and runs a holiday cottage business, and two of the ladies were senior police officers.

I think we were voted in because people wanted things to change.

All of that experience has definitely helped!

Do you think having more women on the board changes the dynamic of the club?

Definitely. The Lady Captain has always sat on the board at the club, but it’s good to have more representation for women now.

Women bring a different perspective to things and have different qualities, and it’s definitely been positive for Whitby.

I think women tend to be better listeners, but we’re also committed – we get things done.

We’ve made a lot of really good changes at the club and literally bought it back from the brink.

What was the reaction like at the club when you were all voted on the board?

It was a bit mixed at the start. It’s like everywhere, there will always be people who don’t like change.

But change is necessary if the club wants to survive.

We’ve been on the board for almost two years now and have proved that we deserve our place there.

It’s gone from “oh god, the women are taking over” to “thank God the women have taken over!”

What have you put in place at the club since you and the other women joined the board?

Honestly, we’ve done so much that the club is almost unrecognisable!

One of the first things we did was to find a new coaching professional.

We couldn't afford to employ a professional full time because the finances were so serious. But a professional at a local club, Johnny, now splits his time between the two clubs; he teaches there four days a week and us two and a half days.

That got our junior section up and running and we went from having about five juniors to 35.

We then appointed a head greenkeeper and an apprentice. Alison, the Director of Greens, has really supported them, making sure they’ve had everything they need, and equipment’s been replaced that needed replacing.

That’s made a huge difference and the course is in fantastic condition.

From my point of view, as Director of golf, one thing we needed was a Club Manager – to look after the day to day running of the club and also manage the bar. It’s a complex job and we've never had a Club Manager like that before. We appointed Sam and he has done such an amazing job so far.

We also did a lot of things to attract new people to the club, people who don’t necessarily play golf. We turned the old pro shop into a swing studio, we completely renovated the kitchen, and we converted one of the rooms upstairs into the Links lounge. It's the best room in the whole clubhouse and has beautiful views right across the course, with Whitby Abbey in the distance.

We now rent that room to a local business who runs it as a restaurant.

The men had a huge changing room downstairs, so we split that into two so both the men and women also have a brand new changing room.

And finally, we’ve also started sending out club surveys to make sure we’re listening to the members and making changes that matter to them at the club. It’s the first time anything like that has been sent out.

Do you think there was an issue with equality at the club, and have you done anything to address it?

I would say so, yes. We've signed up for the Women in Golf Charter and SafeGolf, and generally focused a lot on creating genuine equality at the club.

We created a joint Handicap and Competitions committee, and the Board Secretary has rewritten all of our club policies relating to equality and ethics.

Then, we updated all rules in line with our equality policies – this was a massive job as the rules were very different for men and women.

How did the pandemic impact things?

In many ways, it kind of saved the club. It left us to be able to get on with things in the background when nothing else was going on. And get all those things that needed sorting, sorted, basically.

It also meant that we were able to access grants to keep making improvements to the club. During the pandemic, over 100 new members joined the club, followed by a further 30 this year. That has been crucial to our success.

What can we all learn from Whitby Golf Club?

When Karen reached out to me to tell me about the women on the Board at Whitby, I was really impressed.

But when I spoke to Karen, what impressed me even more was how much the club had invested in people.

Yes, there were a lot of new facilities, but first and foremost the club made sure the right people were in the right place to get the best outcome for the club. Men or women. And I think that’s a lesson we could all benefit from.

Do you work in the golf industry? We want to hear from inspiring women like you! If you have a story to tell, we’d love to share it with our readers. To get in touch, please email [email protected].