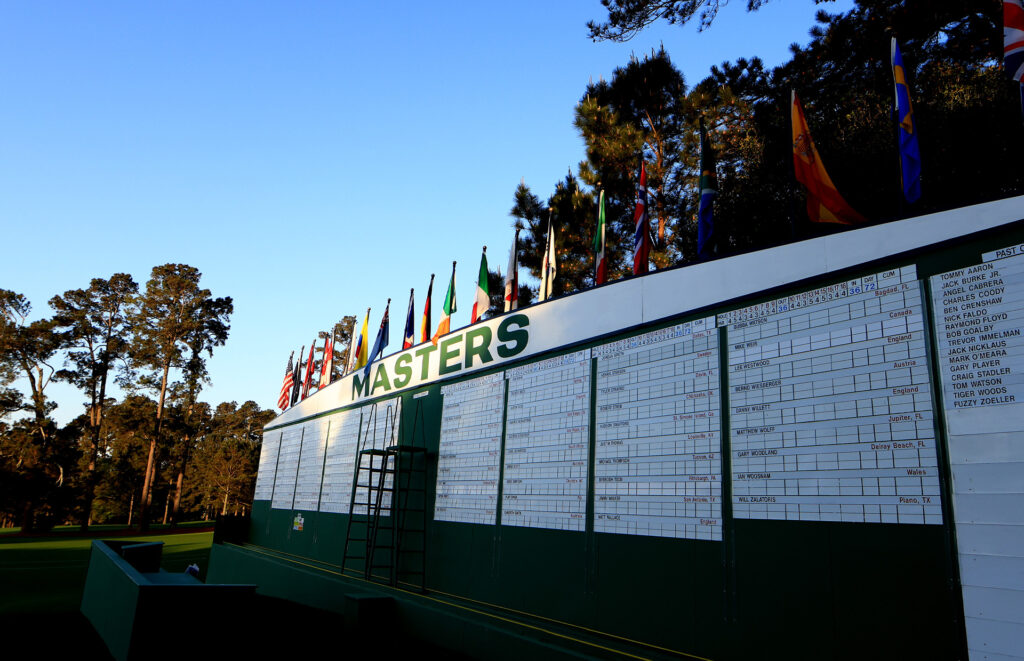 Yesterday we conducted a very (un)scientific poll on our social media channels to find out who our followers would pick to win the Masters. One pick using their head and one using their heart.

At this point we should declare that the majority of our followers are based in the UK but, saying that, we think the results are pretty representative of how the majority of golf fans feel going into this week's Masters.

So, *drum roll*, the results are in, the top four in each category were:

Let's delve a little deeper into what has now formed our Women & Golf readers predictions for the Masters!

Voting with your head

We definitely expected Jordan Spieth to feature highly in our poll, but the expectation was that it would be from fans following their heart. In fact, not one person went for this option for him and 27% truly believe he will be putting on the green jacket for the second time.

Spieth fans have always been very loyal and he is coming into the Masters with a renewed vigour after winning at the Valero Texas Open last week, his first win in nearly four years. It is also fair to say that you can never rule the 2015 champion out at Augusta where he has finished T-11 or better in five of his seven starts.

It was a close-run thing in our poll between best friends Spieth and Thomas. Year on year Thomas has improved his performance at the Masters, he held a share for the lead last year after 36 holes and then went on to finish in fourth.

A month ago he won The Players Championship by one stroke over Lee Westwood, earning his 14th PGA Tour title. There is no doubt in our minds that he goes in as one of the favourites this week.

When it comes to Bryson DeChambeau, it is probably best to throw the Augusta form book out of the window, otherwise you would be right to say that he does not stand a chance. His best finish to date came in 2016 in T-21 as the U.S. Amateur champion.

He may not have tamed Augusta just yet, but after witnessing his performance at Bay Hill last month, there really is not anything he cannot do when he puts his mind to it. Watch this space...

It is no surprise that the world No. 1 and defending champion Dustin Johnson made our top four. Can he be the fourth player in history to defend their Masters title? The American is another player that thrives on the Augusta National turf with top ten finishes in his last five appearances. It is also worth remembering that he has a win under his belt this year from the Saudi International in February. With a title to defend, after only five months, we are sure he'll be vying for the jacket on Sunday.

You may be interested to know that other players of note in this section included Patrick Reed, Jon Rahm and Patrick Cantlay.

Voting with your heart

The introduction on the Masters website reads the 'ageless Lee Westwood' and that is really how it seems as he takes to the course for the 20th time. It certainly is a place that is very special to him:

"I have always loved Augusta National, I still remember the first time I came here like it was yesterday,"

Westwood could become the oldest Masters champion if he wins this week, beating Jack Nicklaus' record. Nicklaus was 46 years, two months and 23 days old when he claimed a record sixth Green Jacket and his 18th major in 1986.

He is in our 'voting with your heart' category but it is safe to say that he really does have a chance this week. He finished behind Bryson DeChambeau at the Arnold Palmer Invitational in March and the following week was runner-up to Justin Thomas at the Players Championship. We will have to wait and see whether this was a missed opportunity for fans voting with their head!

McIlroy is still looking to complete the career Grand Slam and going on his recent form we still may have to wait for it to happen. He will need to get over his psychological demons that seem to creep in each year when he takes to the fairways here. However, he should be able to build on the positives from last year where an opening round of 75 for turned around to finish in T-5.

There has been a lot of talk recently about changing his coach to Pete Cowen and the impact this will have on his game. Maybe it is too early to see the changes but for some of our followers, you have to follow your heart!

Yet to win a Major, we can see why this Englishman was a popular choice with our followers but of all the picks, this is the one we have found most difficult to argue that he will win this week. He obviously has an outside chance and his form is trending in the right direction but we are not sure that he will be able to get it across the line.

It is hard to believe that this will only be Morikawa's second appearance at Augusta. He turned pro in the summer of 2019 and since then has won four PGA Tour titles, including a major championship. He won the PGA Championship at TPC Harding Park last August. It is probably due to his unknown form at Augusta which sees him in the heart column but there is no way that he should be discounted as a genuine contender this week.

Other players that our followers have their heart set on include, Robert MacIntyre, Tony Finau and Tyrrell Hatton.

We know that it does not really matter who we think or hope will be wearing the green jacket on Sunday but as 88 players make their first Major appearance of the year on Thursday, they certainly will be trying not to lose their heads as they navigate the course and their hearts will be full of passion for the game and the stage that is the iconic Augusta National.

The Masters starts April 8 and you can watch the coverage LIVE on Sky Sports Golf. Here is the full schedule.

Highlights coverage is available to watch on BBC Two and iPlayer. Here is the full schedule.