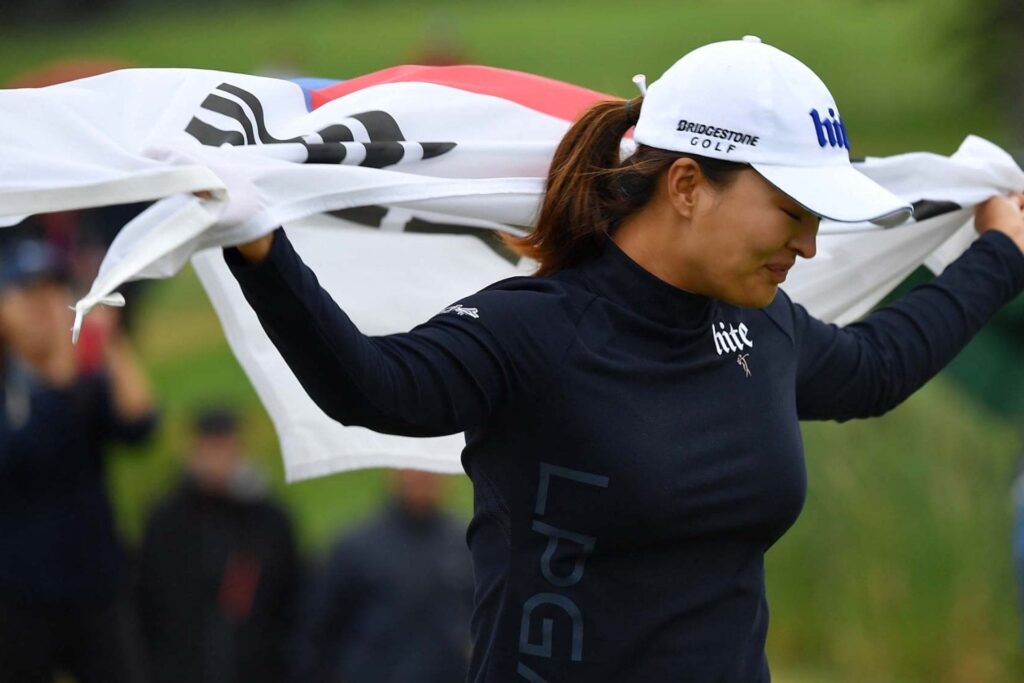 The Amundi Evian Championship takes place this week from 22 – 25 July in Evian-les-Bains, France. But what can you expect from the fourth major of the year?

We missed out on the Evian Championship last year because of the pandemic. But this year, the tournament returns to the Evian Golf Resort with a bang; with a new title sponsor, more prize money and some of the biggest names in women’s golf.

The one and only Major tournament in continental Europe, the Evian Championship is traditionally the final major of the season. After being cancelled last year, the tournament's been pushed forward to 22 July and now takes place a month before the AIG Women’s Open.

The Evian Championship has been won by a host of hall-of-famers and looks set to deliver just as much excitement this year.

Get set for a full-on weekend of drama in the French Alps.

The Amundi Evian Championship is a who’s-who in the world of women’s golf – with a few exceptions.

Led by World No. 1 Nelly Korda, the 126-player field includes the top five golfers in the Rolex Women’s World Golf Rankings and 15 of this year's LPGA Tour winners. 27 different countries will be represented this week, with five players competing in their home nation.

But whilst it’s still a super-strong line-up, there are some big names missing. Only 23 of the top 50 in the Rolex Women's World Golf Rankings will compete this week, with Lexi Thompson, Danielle Kang, Hannah Green and US Women’s Open champion Yuka Saso choosing not to play. With Tokyo 2020 looming, they’ve opted to prepare for the Olympics instead.

The ones to watch

Last year’s winner, Jin Young Ko, will return to the Evian Resort Golf Club to defend her crown in the south of France – but can she claim back-to-back titles?

In the 2019 championship – the last time it was played after being axed because of the pandemic in 2020 – Ko came back from three shots behind to earn a two-stroke victory over Shanshan Feng, Hyo-Joo Kim and Jennifer Kupcho. It was Ko’s second major of the year following her victory at the ANA Inspiration; a feat that hadn’t happened since 2015 when Inbee Park won the KPMG Women’s PGA Championship and the AIG Women’s British Open.

She also became No. 1 in the Rolex Rankings, a position she held until Korda moved to No. 1 in July 2021 with her victory at the KPMG Women’s PGA Championship.

A return visit to Evian-les-Bains and the Amundi Evian Championship is always a happy week for Lydia Ko, who earned her first major title here in 2015 with a six-stroke win.

Then just 18 years old, the New Zealander became the youngest woman to win a major title, and her final-round 63 was then the lowest final round at a major.

Now age 24, Ko is enjoying a career renaissance on the LPGA Tour. She broke a nearly three-year winless streak with a victory at the LOTTE Championship in Hawaii and has notched five other top-10 finishes, including solo second at the ANA Inspiration.

Will that confidence translate into a win this week?

Castren burst onto the international golf scene with a victory at the 2021 LPGA MEDIHEAL Championship and earned her first ticket to the picturesque Amundi Evian Championship.

There was so much on the line when Matilda Castren teed it up last week in her home country of Finland at the LET’s Gant Ladies Open. Not only was she trying to win in front of a partisan home crowd, but with a win she would earn LET Membership and become eligible to represent Europe at the Solheim Cup.

Despite the stress, Castren cruised to a three-stroke victory, becoming the tournament’s fourth Finnish winner and first since 2017, and is now officially a member of the LET.

Castren obviously performs well under stress, but will she fair in the south of France?

The 23-year-old from Mexico comes to the Amundi Evian Championship off a season-best tie for 12th at last week’s Dow Great Lakes Bay Invitational, where she partnered with fellow Arkansas alumna Stacy Lewis. Other than that, Fassi’s tie for 50th at the HUGEL-AIR PREMIA LA Open in April was her only other made-cut of the year, missing the weekend in 10 tournaments.

Fassi was even sidelined for six weeks after knee surgery but feels like her game is finally coming into shape as she comes to Evian-les-Bains and one of her favourite courses of the year.

Our favourite duo on the LPGA Tour.

There’s a lot of pressure on Nelly Korda this week. She faces her first major test since becoming World No.1 and leads the Rolex Annika Major Award with 78 points; an award given to the best performing player at LPGA majors. Six-time tour winner and sister Jessica Korda is yet to claim a major – will we see her take the crown at the Amundi Evian Championship?

With new title sponsor Amundi, the prize purse at this year’s Amundi Evian Championship has been increased to $4.5 million.

Behind the US Women’s Open – which tots up to $5.5 million, it’s the second richest purse in women’s golf.

With spectacular views of the Alps and Lake Geneva, Evian Resort Golf Club is arguably one of the prettiest tournament hosts on the women’s tours.

But don’t let that fool you.

The course is renowned for its firm greens and tight fairways, cambering treacherously towards bunkers and water hazards that wait hungry for stray shots. The last four holes at the Amundi Evian Championship are known as the Evian Puzzle. With two par-5s and well-guarded par-3 there’ll be plenty of opportunities for players to make (or break) their cards here.

Follow lives scores from the Amundia Evian Championship at lpga.com.