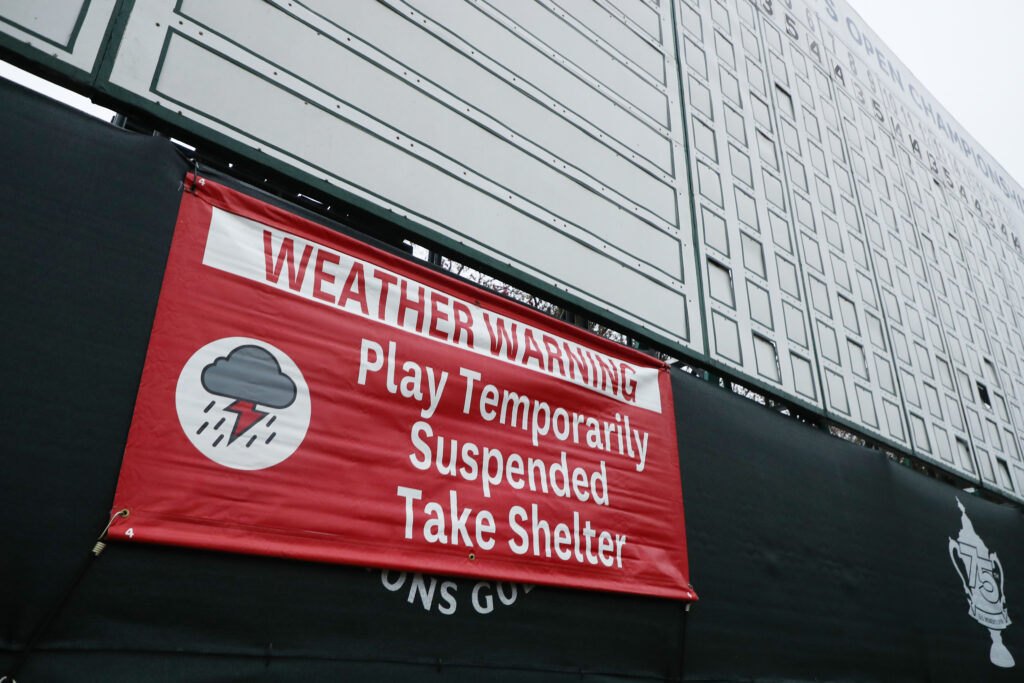 Play has been suspended at the 2020 U.S.Women's Open due to dangerous weather conditions.

It wasn't the action packed Sunday of the U.S Women's Open we hoped it would be.

After play was suspended at 9.10am local time, organisers of the U.S. Women's Open have just confirmed that play will be paused for today and resumed tomorrow, Monday December 14.

Six groups had yet to even tee off when the whistle was blown and play was suspended.

TV footage shows New Zealand's Lydia Ko, currently T6, looking up in shock as she heard the announcement through her headphones.

The players then had to wait for a painfully long three and a half hours before a decision was reached about whether they would be allowed back out.

With more storms forecast at the Champions Golf Club, Houston, the weather was deemed to dangerous to risk and play will resume on Monday when the storms are expected to clear.

However, it's predicted that the temperatures will drop further and the winds will pick up.

An official statement from U.S. Women's Open organisers said: "Final round play at the 75th U.S. Women’s Open has been suspended the remainder of the day due to course conditions and anticipated inclement weather this afternoon."

As things stand Hikano Shibuno, or the Smiling Cinderella is still one stroke ahead of America's Amy Olsen going into the final round of the U.S. Women's Open.

We'll just have to wait a little longer to find out who will be crowned champion!