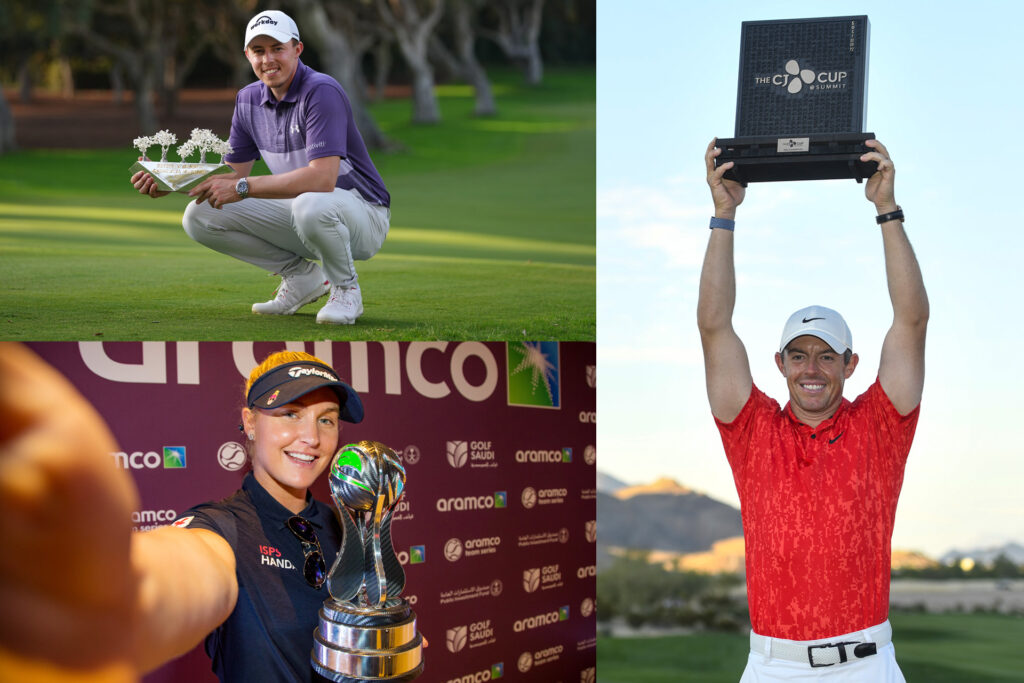 We all saw the emotion from Rory McIlroy as he won the first point for Team Europe during the Sunday singles matches at the Ryder Cup. A win that meant so much to him. It may not have been the exact defining moment, but it was certainly significant enough to make him travel to Las Vegas and take on the desert at The CJ Cup.

After securing his 20th PGA Tour title, by one shot from Collin Morikawa, it certainly won’t be a decision that he will be regretting either.

In the press conference following his win, he touched on how he has been trying to change his mindset and working on the mental side of the game over the last six months, he said:

“I don't even think it's post Ryder Cup related, I think it's just post the last six months related. The last couple weeks I've realized that just being me is good enough and maybe the last few months I was trying to be someone else, not trying to be someone else but maybe trying to add things to my game or take things away from my game. I know that when I do the things that I do well, this is what I'm capable of.

“I'm capable of winning a lot of events on the PGA TOUR and being the best player in the world, something we talked about at the start of the week as well. It's just a matter of me getting back to playing golf and playing golf my way. That starts with being creative and being visual and maybe sort of sifting through the technical thoughts and not maybe being as technical with it.”

Drawing from the Ryder Cup experience

Talking about his Sunday singles match at the Ryder Cup against Xander Schauffele, he said:

“I went out against Xander and all I wanted to do was win the point, right? That's all I could do. Couldn't do anything else. Hadn't done much else the rest of the week.

“I think part of the sort of emotion at the end of it was to do with that week, but it was also probably to do with the last few months in terms of searching to try to get better and sort of the realization that I don't need to search for anything, it's all right here.”

McIlroy will now have four weeks off before he heads to Dubai and the DP World Tour Championship, the climax of the European Tour’s Race to Dubai, the final event of the season. It’s certainly going to be interesting to see whether this newfound belief in his own ability will continue onto the European Tour.

The PGA Tour heads to Japan and the ZOZO Championship.

Another player making their first appearance since the Ryder Cup was Englishman Matt Fitzpatrick. He carded a bogey-free 69 on the final day at the Estrella Damm N.A Andalucia Masters at Valderrama to finish on six-under-par and win by three shots to secure his seventh European Tour title.

Fellow Englishman Laurie Canter started the day with a three-shot lead over Fitzpatrick but unfortunately a final round of 76 meant that he is still waiting for his first European Tour win. Late bogeys from Sweden’s Sebastian Soderberg stopped his chance of winning and he had to settle for second alongside Australian Min Woo Lee.

Commenting on his win, Fitzpatrick said:

"It's on the bucket list to win round Valderrama with the history that it has. To do it bogey-free on Sunday as well is extra special. It's amazing, particularly the way I did It - very patient all day, didn't try to press anything, stuck to our targets and managed to hole the putts at the end. I'm delighted with the win."

This was Fitzpatrick’s first win of the season and moves him up to fifth in the Race to Dubai standings, the win will also move him back into the world's top 25.

You can read the full report here.

The Ladies European Tour has a week off before heading to Dubai and the LPGA is Korea for the BMW Ladies Championship.