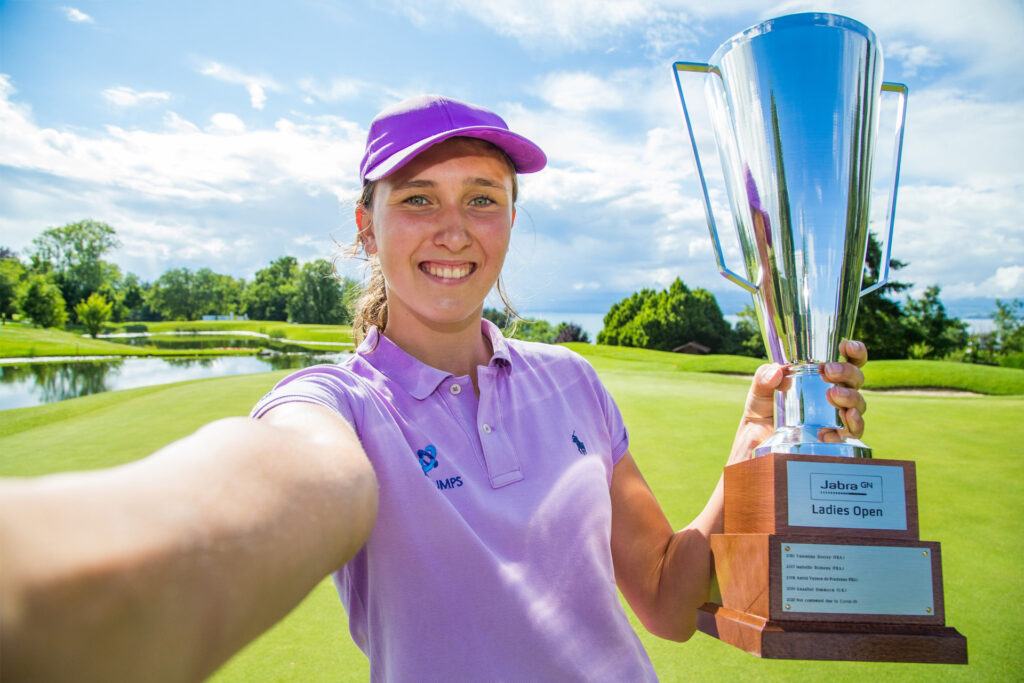 This week had it all from first time winners to youngest winners to making history and Covid-19 creating a first on the PGA Tour.

Yuka Saso winning the U.S. Women’s Open, being the first player from the Philippines to win a major and tying Inbee Park’s record as the youngest champion at 19 years, 11 months and 17 days was just one story from a weekend full of firsts.

Slovenian 17-year-old Pia Babnik triumphed in a play-off to win the Ladies European Tour Jabra Ladies Open after a final round of 70 left her tied at the top at four-under-par alongside defending champions Annabel Dimmock.

The Slovenian star rolled in consecutive birdies on 17 and 18 to put her in pole position and secure the clubhouse lead, before England’s Dimmock made a birdie on 18 to force a play-off.

On the first extra hole it was the youngest member of the LET who came out on top to win her maiden LET title in her 12th start on Tour and jump to the top of the Race to Costa del Sol rankings.

Commenting on her win, Babnik said:

As well as winning her first title, she has also qualified to plat at The Amundi Evian Championship

Thanks to her victory, Babnik has also qualified for The Amundi Evian Championship 2021, the fourth major of the season taking place in July.

Babnik leads the Race to Costa del Sol by 121.67 points ahead of South Africa’s Lee-Anne Pace, while Nuutinen moved up to fourth with Dimmock fifth, Cowan now in eighth and Johnson in ninth place.

This week the tour heads to Sweden for the hotly anticipated Scandinavian Mixed event with the European Tour.

Amateur Sara Kouskova claimed the Amundi Czech Ladies Challenge win and made Czech history as the first amateur to win an LET/LETAS event.

In her first start since returning home for the summer holidays, the University of Texas student showed dominant form in the first LETAS event of the 2021 season.

Commenting on her win, Kouskova said:

“It feels amazing, especially at home. I am very grateful for the opportunity to be here and experience it here at Konopiste with my family and friends.”

This week the LETAS is in France for the Montauban Ladies Open.

The tournament at Green Eagle Golf Courses was shortened to 54 holes and the start postponed until Saturday which saw a Monday finish. This was to allow players and tour staff from the UK extra time to deal with Germany’s travel restrictions.

The final day saw Armitage take control of one of the hardest courses on the tour and close with a seven-under 65 to win by two-shots from Thomas Detry, Eduardo Molinari, Darius Van Driel and Matthew Southgate.

His Porsche European Open win is the fourth consecutive victory by an English player after Paul Casey, Richard McEvoy and Jordan Smith.

Armitage always wears his heart on his sleeve, a trait that makes him so popular on the tour and with fans, it looks like this win will take quite a while to sink in.

Like the Ladies European Tour, the European Tour is heading to the Scandinavian Mixed at Vallda Golf & Country Club – 78 LET players, 78 ET players, one course, one prize fund and one winner!

Covid-19 controversy on the PGA Tour

A story that overshadowed the women’s major heading into the last day was the news that Jon Rahm, holding a six-shot lead, was forced to withdraw from The Memorial Tournament due to a positive Covid test.

The rules are the rules but it was a bitter pill to swallow for Rahm who was confronted with the news as he came off the 18th green on Saturday. Rahm had been tested daily after coming into close contact with someone who had Covid-19.

Social media was alight with discussion around how fair the decision was considering that Rahm was asymptomatic.

Having a leader withdrawing for a positive Covid test going into the final day was a first for any of the tours and made for a very different final day at Muirfield Village Golf Club.

Patrick Cantlay and fellow American Collin Morikawa headed into the final day sharing the lead. Both shot a final round one-under 71 to finish 13 under and into a play-off. It was 29-year-old Cantlay who held his nerve to make par on the first extra hole and win The Memorial Tournament for the second time in three years. This was his fourth PGA Tour title and the second win this season.

Asked about how he felt to win considering the circumstances with Spaniard Rahm, Cantlay said:

“I think I'll definitely remember it slightly different. But like I said, and I'll reiterate, you know, the way it felt today, it felt no different. And it is a very unfortunate situation and not anything I would wish on anybody. He played so great for the first three rounds. So there's a little something that I can't quite put my finger on that make it's feel a little different but I really hit a lot of clutch solid shots today and so I think I'll remember that mostly.”

This week the PGA Tour heads to South Carolina and the Palmetto Championship at Congaree, as players gear up for another major with the U.S. Open the following week.