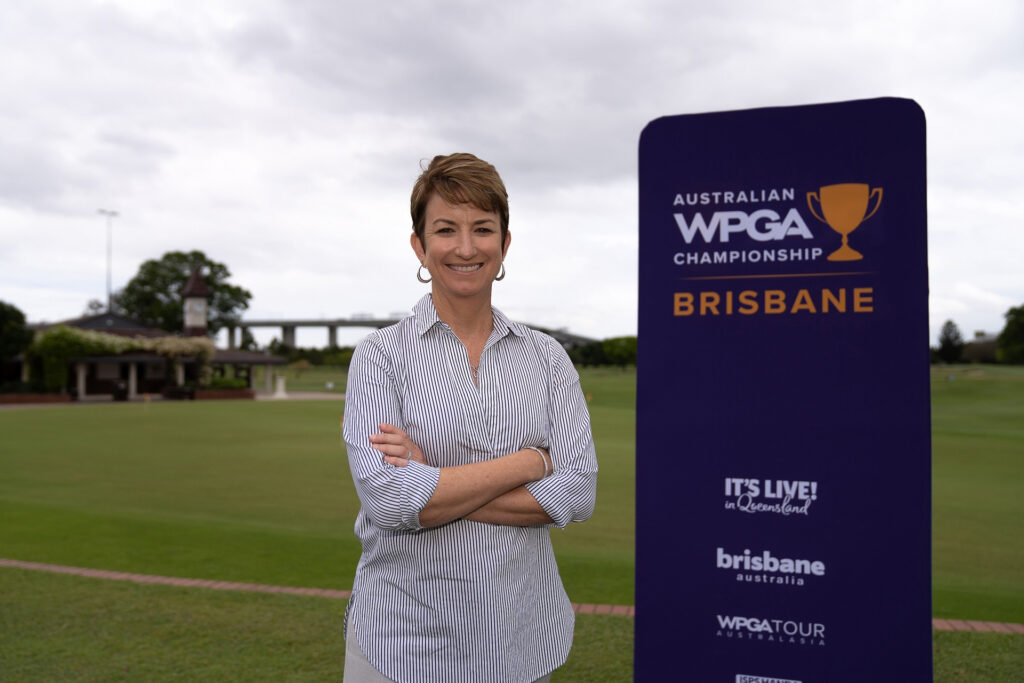 Major champion Hannah Green will headline the inaugural Australian WPGA Championship as 24 of Australia’s best female golfers compete for the Karrie Webb Cup to be staged alongside the Australian PGA Championship at Royal Queensland Golf Club in Brisbane from January 13-16.

The announcement of the new WPGA Tour of Australasia event breaks new ground for one of Australia’s oldest professional championships. Given the collaboration and strong relationship in recent years between the PGA of Australia and WPGA Tour of Australasia, a showcase of both male and female professionals at one of the country’s most prestigious golf clubs represents another exciting step forward for the game. Plus, both winners will receive $180,000.

In a fitting tribute to Australia’s greatest major champion, the Australian WPGA Championship winner will receive the Karrie Webb Cup that will be designed by the seven-time major champion herself. The Hall of Famer who won 56 professional tournaments said:

“I’m honoured that my name can feature on the Australian WPGA Championship trophy but I am even more excited by Australia’s leading female players having another marquee event to play in.

“Playing in the Women’s Australian Open and the Australian Ladies Masters was critical to my development as a tournament professional so I know what having another 72-hole Championship event will mean to the future of women’s professional golf in Australia.

“Together with the advent of the Webex Players Series these playing opportunities and exposure will help this exciting group of girls to advance and take their games to the world.”

“I was fortunate to have Karrie there with me to help celebrate when I won the Women’s PGA in 2019 and to now have the opportunity to win the Karrie Webb Cup gives me extra motivation. Her wins provided inspiration to countless young girls such as myself to get into golf so now it’s our turn to continue on that legacy. It’s wonderful to see a new tournament for the girls to play in and winning the trophy in honour of Karrie Webb is definitely a new goal I want to achieve at least once in my career.”

The intention is for the Australian WPGA Championship to be a stand-alone event from 2023 onwards but the circumstances imposed by the COVID-19 pandemic presented a unique opportunity to bring the two tournaments together.

“We have been working alongside the WPGA Tour of Australasia for the past year and given the difficulty in bringing players in from overseas playing the two tournaments in the same week at the Royal Queensland Golf Club seemed the perfect fit.

“I know the Australian WPGA Championship and Karrie Webb Cup will grow and create its own history and I am sure fans at Royal Queensland will enjoy the chance to see our best male and female players side by side.”

Webb an inspiration and mentor

The inclusion of the new event on the WPGA Tour of Australasia schedule – plus three Webex Players Series events and planned Vic Open – delivers five events over the summer that will receive widespread coverage.

“Any time you can add a new event to your schedule it is something to celebrate and having Karrie’s involvement and endorsement gives the Australian WPGA Championship instant credibility.

“Karrie’s playing record as Australia’s greatest ever golfer is of course unparalleled and her active involvement in mentoring the current crop of Australia’s leading female players has no doubt contributed to their recent stories of success.

“I have absolutely no doubt that every Aussie girl who picks up a golf club will want to one day win the Karrie Webb Cup.”

Olympics coming to Brisbane in 2032

The Australian PGA and WPGA championships would not be possible without the support of the Queensland Government via Tourism and Events Queensland and Brisbane City Council via the Brisbane Economic Development Agency.

“This will be the first time in two years since the top male and female golfers have competed in Australia, and Brisbane will be ready to welcome visitors and sports fans this summer,” Cr Schrinner said.

“We are now officially an Olympic City and hosting events like this in our lead up to the 2032 Games cements our city’s ability to host world-class sporting events like the Australian PGA and WGPA Championships.”

Tourism and Sport Minister Stirling Hinchliffe said hosting the first Australian WPGA Championship alongside the Australian PGA was sporting history in the making at the Royal Queensland Golf Club. He said:

“Having the two premier events played here in Queensland has the potential to be inspirational for young girls and women with an interest in the game.

“It demonstrates playing at the game’s highest level is achievable.

“We know the WPGA and PGA will bring support crew and spectators to Brisbane which is good news for the accommodation, transport and catering suppliers who rely on our visitor economy and the jobs it supports.

“The WPGA and PGA are another opportunity to promote our city as a home for great sporting events.”

The Australian PGA Championship will feature 2021 Scottish Open champion Min Woo Lee and former US Open champion Geoff Ogilvy who will tee it up in a field of 120 players.

Tickets, hospitality and VIP Experiences for the events at Royal Queensland Golf Club in Brisbane from January 13-16, 2022 are now available via ticketek.com.au