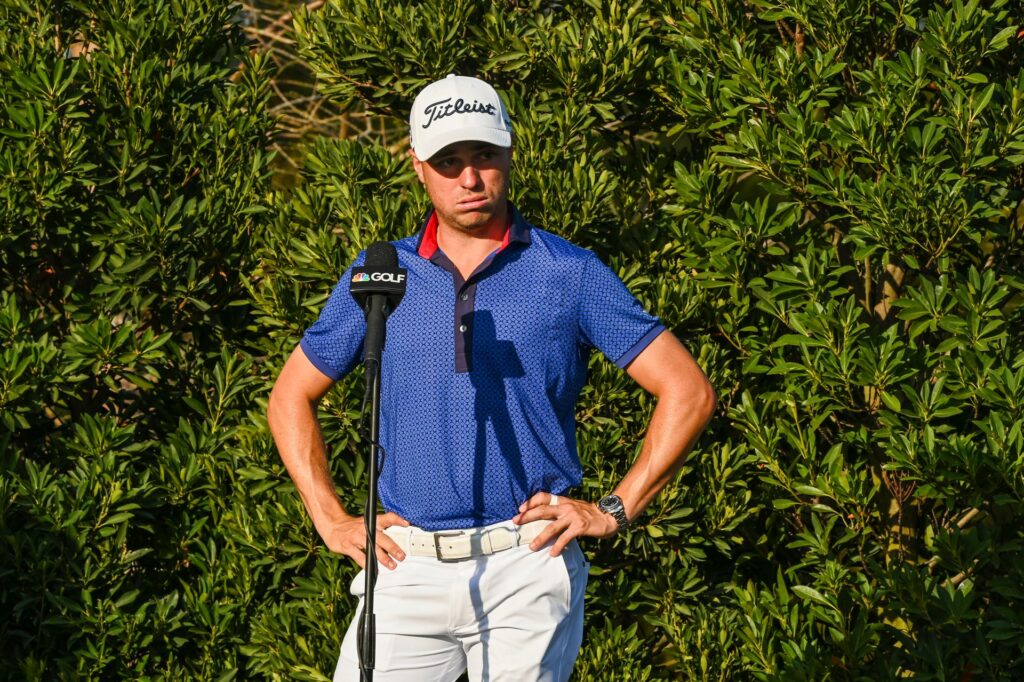 Golf Channel presenter Steve Sands has been criticised for making Justin Thomas cry in his post-round interview at the Players Championship.

Golf Channel presenter Steve Sands has been slammed by golf fans after he made Justin Thomas cry in his post-round interview at the Players Championship.

Justin's grandfather passed away in February, right before the final round of the Waste Management Phoenix Open.

After first quizzing the 14 time PGA Tour winner about Tiger Woods and his recovery, Sands then touched on his recent personal loss and asked “how much of a part of him was with you today?”

This then caused Justin to start crying immediately.

"Yeah, I wish I could talk to him but I know he’s watching.”

Reports suggest that following the interview, the 27-year-old then confronted the Golf Channel employee and said: "You had to do that to me, didn't you?"

Justin played brilliantly at the weekend, beating Lee Westwood with a 4 under 68 that included one eagle, and four birdies.

Many jumped on social media to criticise the post-round interview for focusing too much on Tiger Woods and such a personal and clearly upsetting subject, and not enough on his excellent form or sensational last tee shot.

Radio presenter Kevin Kietzman, who has over 19,000 followers, Tweeted: "Worst sports interview of the year goes to Steve Sands after the Players Championship. Three questions for Justin Thomas about Tiger Woods about and then one about his grandpa makes him cry. All anyone wanted to know is what he was thinking when his duck hook off the 18th tee was in air."

Others commented that it was insensitive to bring up such an upsetting subject at what should have been one of the happiest moments of his career.

Aside from his grandfather's passing, Justin also had a difficult start to the year after he was reported to have made a homophobic slur at the Sentry Tournament of Champions.