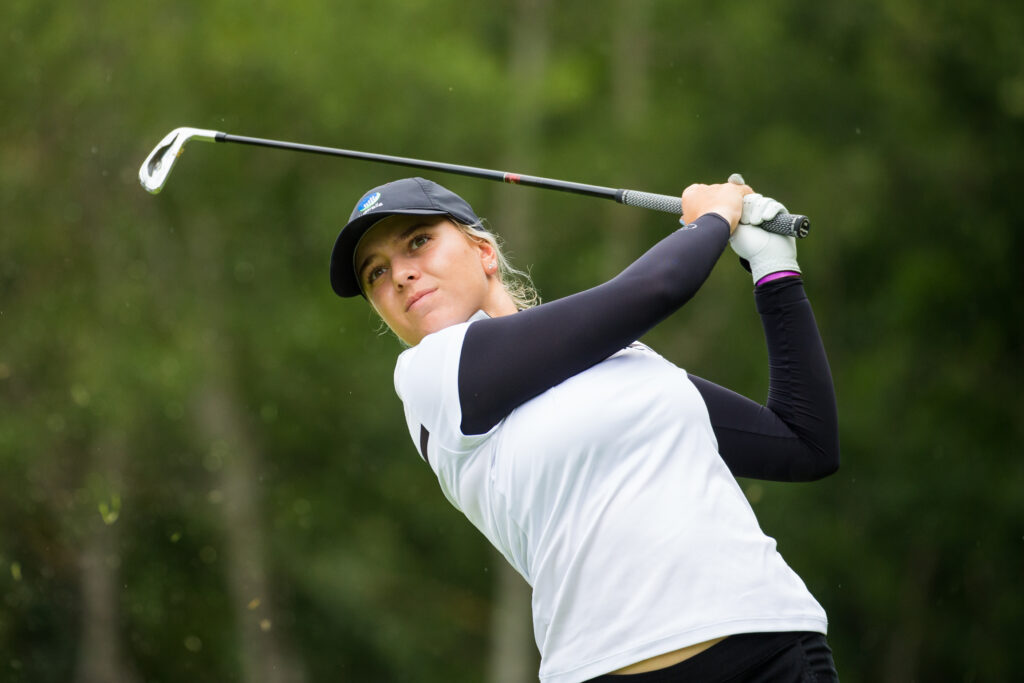 Stephanie Kyriacou has followed in the footsteps of major winners Annika Sorenstam, Suzann Pettersen, Anna Nordqvist and the 2020 Race to Costa del Sol winner Emily Kristine Pedersen, by winning the much sough-after LET Rookie of the Year award.

Winning the title by a narrow 92 points from England’s Alice Hewson, Stephanie had thrived in her first season on Tour.

Shortened to just four months due to the pandemic, Stephanie has had a whirlwind first season on Tour.

She competed in her first Major at the AIG Women's Open, finished second behind Amy Boulden at the Swiss Ladies Open and also as runner up to Emily Pederson at the Saudi Ladies International.

Add to that three more top five finishes and the small matter of breaking the course record at Royal Greens in Saudi Arabia, and she is a very worthy winner indeed.

Her breakthrough victory came as an amateur at the Geoff King Motors Australian Ladies Classic, but as this was before she joined the Tour the points didn't count towards her Rookie of the Year victory - which if anything makes it even more impressive!

The Sydney resident is only the fourth Australian to win the title.

Speaking about her achievement Kyriacou said: “It was one of my goals at the beginning of the year so I am glad that I could tick this one off the list. There are some big names on the trophy and one of my friends has been updating me every week on my progress and as the season went on, I started to think I had a good chance.”

She continued, “When I was playing amateur events, I thought I was ready but then I was so nervous in the first few events as a professional. Once I had made a few mates on tour though, I started to feel more comfortable. People think I look calm out there, but I am feeling the nerves just as much as anyone. I am so happy to win this title.”

A two-time Rookie of the Year?

In the absence of a 2020 Qualifying School there has a been a category freeze across the board on the LET for the first time ever.

This means that the ‘rookie’ class of 2020 will again be rookies in 2021 – giving the Australian star a chance to become the first-ever two-time ‘Rookie of the year’.

Or will it give Alice Hewson a chance to secure the title too? We'll have to wait and see...

Congratulations Stephanie on a fantastic season!