Solheim Cup to move to even years from 2024 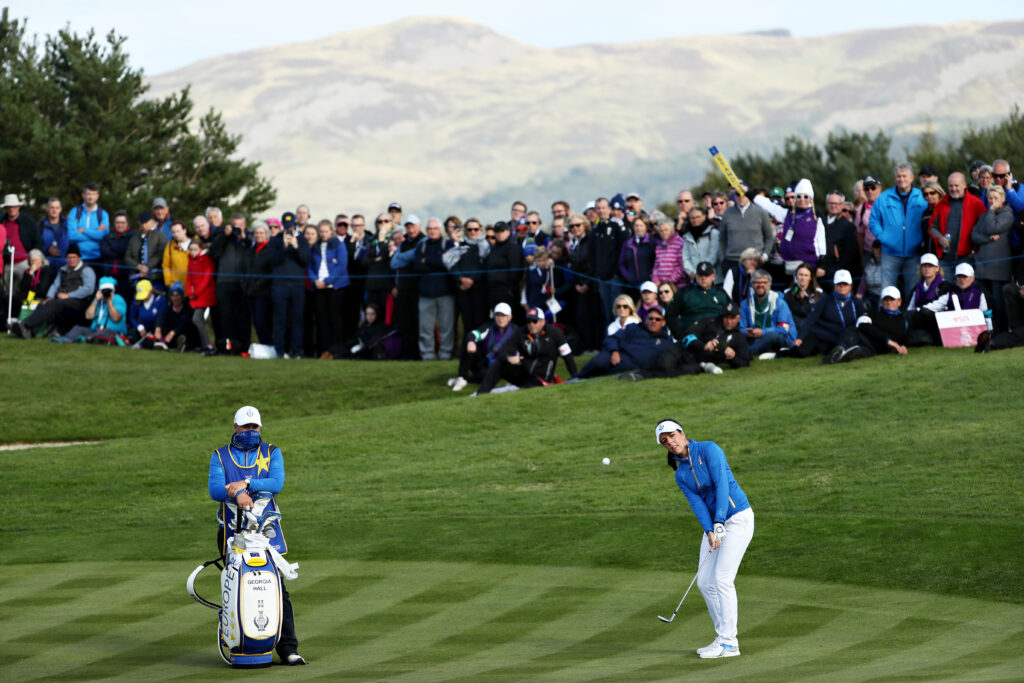 The Solheim Cup will be moved to take place on even years from 2024, meaning there will be back-to-back Solheims in 2023 and 2024.

We were starting to love the idea of the Solheim Cup and Ryder Cup being played within a few weeks of each other every other year, but from 2024 that will change.

The LPGA and Ladies European Tour announced today that the Solheim Cup will move to even years starting in 2024.

The 2021 and 2023 competitions will be held in their previously announced dates and locations in Ohio and Spain, before we have two consecutive Solheim Cups in 2023 and 2024.

The Ryder Cup moved to an odd-year schedule, like the Solheim Cup, after the 2020 competition was postponed due to the COVID-19 pandemic.

The specific dates and location for the 2024 Solheim Cup, are yet to be revealed.

Executive Director of the Solheim Cup, Dennis Baggett, explained the decision in a statement on the LPGA website.

“With the world sporting schedule changing so much due to current difficulties, we felt it was in the best interest of the Solheim Cup to return to an off-year rotation with the Ryder Cup,” he said.

“When the competition returns to the United States in 2024, I have no doubt fans will have an incredible opportunity to celebrate the best women golfers from the United States and Europe as they represent their home countries.”

The 2021 Solheim Cup will take place September 4 to 6 at Inverness Club in Toledo, Ohio.

You can find out more about ticket options for the 2021 edition of the team tournament at  SolheimCupUSA.com.

And also read Harriet Shephard's column on why she thinks having the Ryder Cup and Solheim within the same month was a GOOD thing for women's golf HERE.