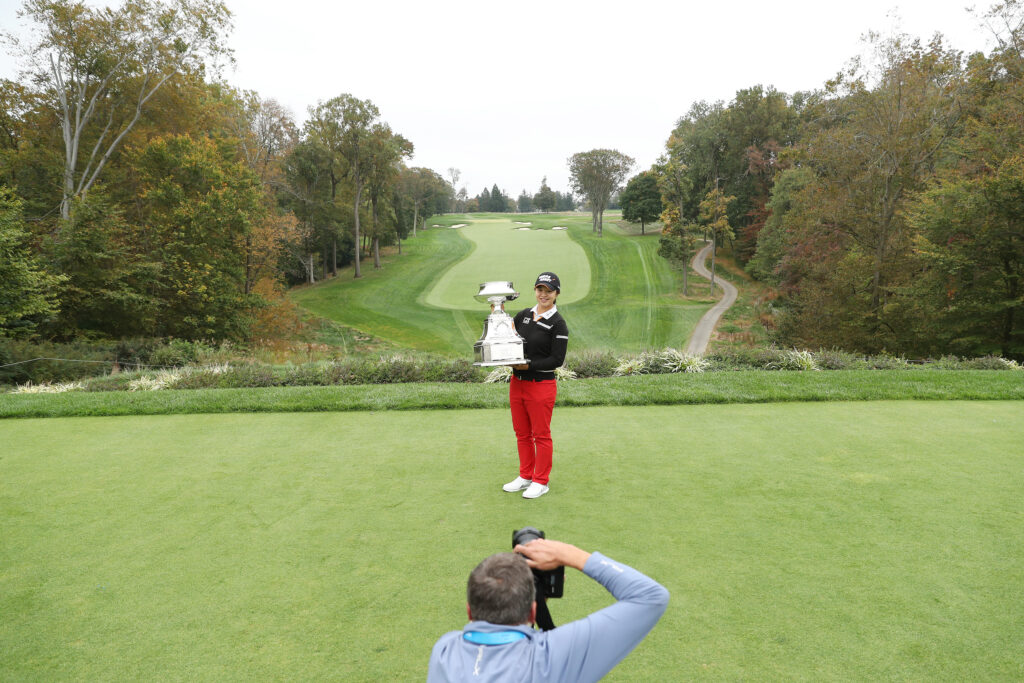 The South Korea played beautifully and broke multiple scoring records in the process.

The 27-year-old held the overnight lead after Rounds 2 and 3, and she remained unstoppable throughout the final round.

She finished Round 4 seven under with 63 and won comfortably by five strokes.

She carded 23 birdies throughout the tournament, and her golf was so flawless that we're almost losing track of the number scoring records that she's matched or broken.

Not only was it her first major win, but she also pulled off one of the best performances at any major in the history of women's golf.

Sei Young Kim makes history (in many, many ways)

Not only that, but 63 is the lowest final round score in any women's major, most recently matched by Lydia Ko at the 2015 Evian Championship.

We know, it's quite a lot to process.

Speaking at her post-round press conferenc she said: "I won't lie, I did feel the pressure starting last night. I actually arrived about 30 minutes later than I normally do at the golf course. I really tried to stay composed during the tournament, during the round, and I'm happy that I got it done."

The organisersalso surprised her with a Zoom call from her dad (who was back in South Korea) at her , and it was such a lovely moment.

Inbee Park narrowly misses out on her FOURTH KPMG title

The South Korean players do seem to have a knack for dominating this tournament...

Inbee Park has won it an amazing THREE times before, and this weekend she was the hugely worthy runner up with a final score of nine under and 65 (which under most circumstances, you'd think would be enough to get her the trophy).

She handled her defeat with typical grace, and seemed genuinely thrilled for her fellow countryman.

"It was just so hard to believe that she never won a major before because it felt like she won a few," said the 32 year old.

""I thought 65 will definitely do it," Park said. "I was thinking maybe like 5 to 6 under is a good number to kind of post and just see what happens. But obviously Sei Young was just much better than anyone else out there today."

Charley keeps up the momentum for the English girls

After watching both Georgia Hall and Mel Reid win on the LPGA over the last few weeks, we'll admit that we did have SOME hopes that we could make it three English winners in a row.

Of course in the end, Sei Young Kim totally deserved her win, but we're thrilled that Charley Hull finished T7 and one under.

She tied with Round 1 overnight leaders Brittany Lincicome and Jennifer Kupcho, and carded two birdies and just one bogey during her final round.

After a brilliant victory at the ShopRite Classic and what sounds like a heavy party afterwards, she still gave it her all in Philadelphia this weekend.

The only other Brits to make the cut were Georgia Hall (T58), Dame Laura Davies (T72) and Jodi Ewart Shadoff (WD).

Irish player and 2020 rookie Leona Maguire also made it through to the final rounds and finished T65.

Overall, it was an absolutely brilliant display of golf and we can't wait to see what the rest of the season brings.

You can see the upcoming LPGA schedule HERE.