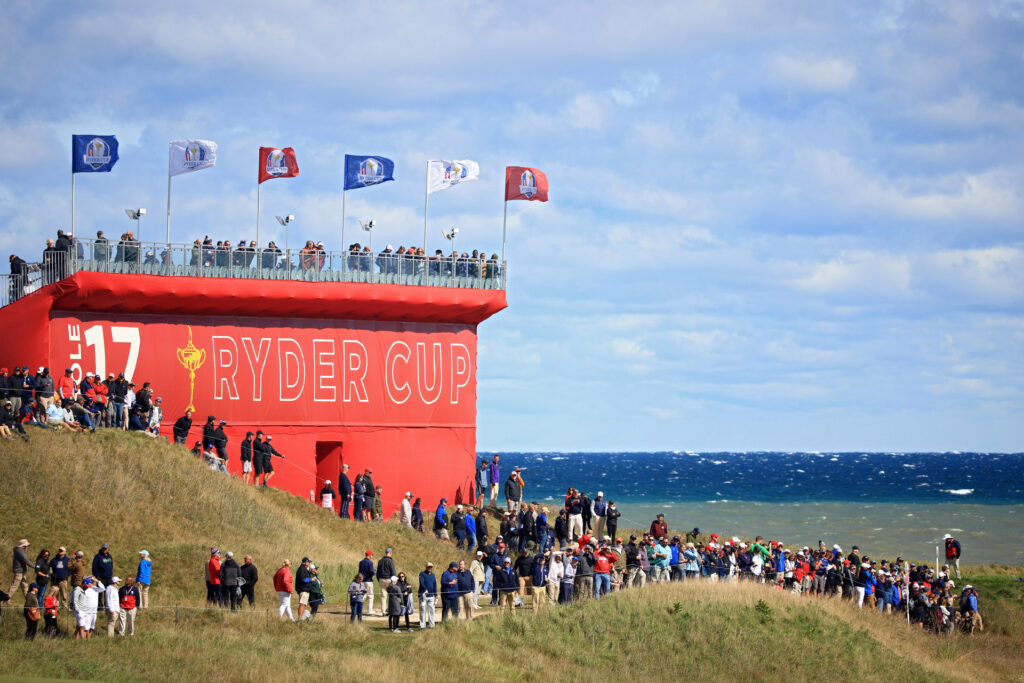 During the Opening Ceremony on Thursday night, both Ryder Cup Captains revealed their pairings for the Friday morning foursomes. Which were as follows:

Team USA's Steve Stricker and Team Europe's Padraig Harrington both revealed that these pairings had been set very early on in the week. Stricker has gone with pairs that are tried and tested, where Harrington has mixed it up a little.

The first match is set to be a highlight and Harrington was sure that, he would have a pair that was going to face Spieth and Thomas, he said:

"We were obviously going to lead ourselves with a strong partnership with Jon and Sergio; the whole world will be watching that one.

"It's something both of them really want. I think they are both at a nice place in their careers now. It is interesting when you match up countrymen. I know, I started off playing with Paul McGinley in the World Cup back in the day and we won it in '97 and he was just a great partner, captain."

Youth and experience is the theme of match 2 with both rookies Hovland and Morikawa being paired with Casey and Johnson who have both played in four Ryder Cups. Both Hovland and Morikawa are not your standard rookies though, so they will certainly be able to stand their ground. Something that Harrington also believes, he said:

"Viktor Hovland, rookie, what a great player, what a great guy. Equally matched up with Paul Casey, strong player over the years. Not really necessarily thinking that we are going there for an experienced guy with a rookie. Viktor is in a nice place but two strong players together."

In Match 3, Stricker has gone with a pairing he picked at the Presidents Cup in 2017 and he is confident that they will bring out the best in each other, he said:

"They play golf at home together and they enjoy being with one another. Daniel is a wonderful foursomes player. He controls his ball really nicely. Good short game. Great putter. He's a natural fit for the foursomes. They like playing together, bottom line, and they do well together. They are excited to go out tomorrow and try to get a point."

It's going to be a tight match when playing against Westwood and Fitzpatrick, Captain Harrington was quick to dismiss Fitzpatrick's performance in 2016 and said:

"Matt's been an underestimated player, for whatever reason, for the whole of his career, he continually delivers on a big stage. He is a great player. Does fantastic. You know, I've said it all along, I focus much more on the score and what a player does than anything else. It doesn't have to be all showy and fancy and all that."

"Obviously Lee and Matt, both from the same town at home. Two strong players. Matt himself, great match player,
playing great. And Lee, a stalwart beside him with the experience. I like the way they have come out together and played together and I feel pretty strongly about that."

How will Cantlay and Schauffele handle the Postman?!

The European pairing in the final match did not really come as a surprise and Harrington reiterated that point:

"Rory and Ian have played well in the past. Probably going up against their new young guns, Patrick and Xander look like a partnership that they may be looking for for the future going against an established partnership of ours."

Stricker explained his reasoning for pairing Cantlay and Schauffele together, he said:

"Xander and Patrick have had success in foursomes in The Presidents Cup, so we thought it was a natural fit for them to do foursomes here tomorrow morning."

The anticipation of another Ryder Cup has been high since the hugely successful competition at Le Golf National in 2018. And with the hard-fought battle from the Solheim Cup at Inverness Club only three weeks in our memory, it's set to be a thrilling three days of competition ahead.

Read our Ryder Cup preview here. In the UK, coverage starts at 11am on Sky Sports Golf. We'll see you there!