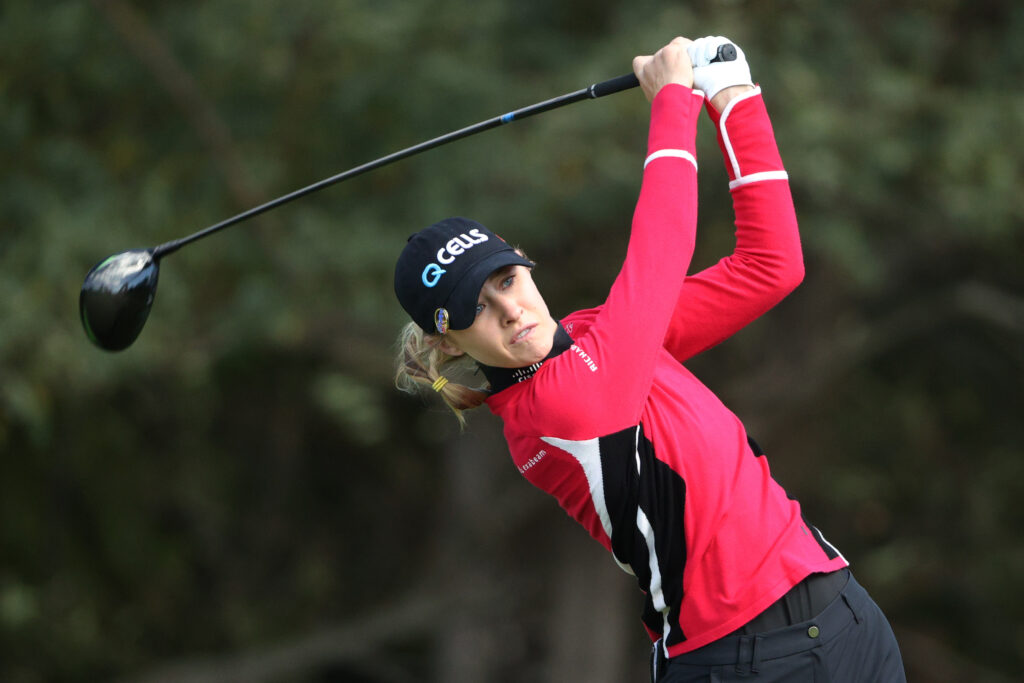 American star Nelly Korda has withdrawn from the KPMG Women’s PGA Championship ahead of Round 2 due to back pain.

Currently at No.2 in the World Rankings, American Nelly Korda was the betting favourite to win the KPMG Women’s PGA Championship this weekend.

But this morning the 22-year-old star announced that she would be withdrawing from the tournament at Aronimink Golf Club.

Ahead of Round 2 of the third women’s major of the year, Nelly broke her sad news on social media.

Posting on Twitter and Instagram she said: “Unfortunately I am forced to withdraw from the KPMG Championship after my first round due to a discomfort in my back. Was hoping it would be better this morning but unfortunately it is not and I will now go see a specialist.”

Playing in the same group as Charley Hull and Lydia Ko yesterday she finished T-26 and one over, four strokes off the lead.

This latest blow comes just weeks after she lost in the playoff of the ANA Inspiration to South Korea’s Mirim Lee.

Her older sister Jessica also had to withdraw from the AIG Women’s Open due to medical reasons (not COVID related) back in August.

We hope Nelly gets better soon.