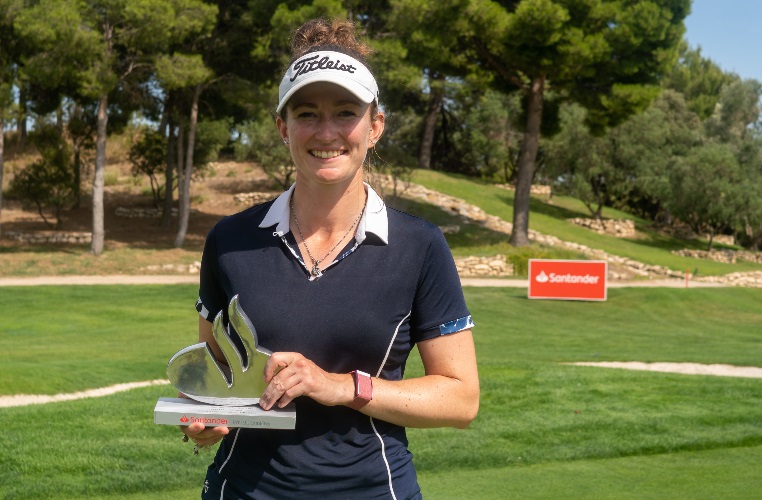 The 30-year-old produced an excellent display of consistency throughout her week in Spain posting three rounds of 68 to finish 12-under-par for the tournament.

Goodall ended the final day level with Russia’s Nina Pegova and the duo headed back down the 18th to begin their playoff.

However, Goodall and Pegova couldn’t be separated, and it took seven holes for the English golfer to clinch her third LETAS title and her first since 2019.

She said: “It has been crazy, when we went through the playoff I didn´t ever think we played seven holes. I have done six in a playoff before. I´m very pleased with my birdie on the 18th which I made to force the playoff. I’m very happy!”

Goodall carded a bogey-free final round of 68 where she rolled in birdies on the eighth, 11th, 15th, and 18th holes.

The Englishwoman enjoys playing in Spain with previous victories in the country and hopes to secure her LET card this year.

She explained: “I don’t know what Spain has but I love it. I suppose it is the weather, we don’t have 40 degrees at home – it is my third victory here. I really love the golf course, I finished second the last time I played here.

“My pitching was the key to the week because if you drive good you have short shots to the green, so it has been my strength. Finishing top-6 in the Order of Merit is my goal for the year, so hopefully  I can take my LET card after this.”

Pegova held a three-stroke lead overnight after rounds of 66 and 67, respectively, on the first two days at Real Club de Golf La Penaza.

The Russian posted a final round of 71 making four birdies and three bogeys before falling short in the playoff.

French amateur Agathe Laisne finished in third place on nine-under-par after recording a round of 70 on the last day.

Germany’s Verena Gimmy and Scotland’s Gabrielle Macdonald tied for fourth on seven-under-par with Finland’s Emilia Tukiainen and Peru’s Maria Palacios one shot further back in T6.

With her second-place finish in Spain, Pegova extended her advantage at the top of the Order of Merit and has 1,037.50 points after five events.

Macdonald is second with 627.50 points with Humphreys third, and winner Goodall has jumped up to fourth place in the standings.

The tour now moves to Sweden at Johannesberg Golf Club.

For more details on the 2021 schedule visit: https://letaccess.com.